Does Patti Stanger hate everyone?

The "Millionaire Matchmaker" is known for brashness, but recent comments on gay men, women and Jews went too far 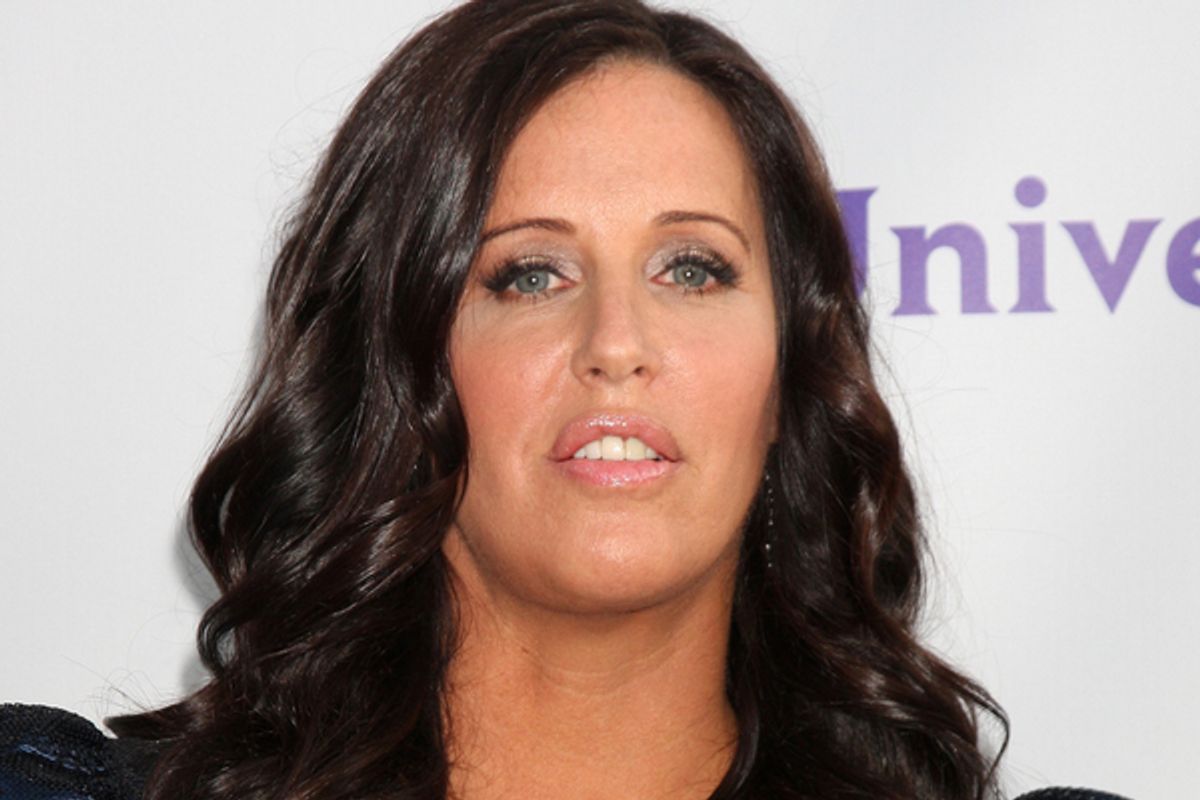 It's been a banner week for Patti Stanger, Bravo's vaguely humanoid "Millionaire Matchmaker." In the course of just a few days, she's managed to offend Jews, gay men, straight men and women in general. Though it's hard to predict what she'll do next, I'd advise Dominicans and the blind to brace themselves.

Stanger revved up last week by telling the hosts of "New York Live" that our metropolitan women "are smart in business and dumb in love," whereas Los Angeles women are "dumb in business and smart in love." She then added, in a coup de grace that makes asses of both sexes, that "[Men] like [smart women] after marriage. They don't like them before they are married. You got to dumb it down a little because men are not that bright." To recap: Women are dumb and men are dumb, just in different ways.

But she really got rolling on Sunday's "Watch What Happens Live," telling a caller who'd asked about long-distance relationships that "in the gay world, it will always be open.… There is no curbing the gay man." She then told the show's openly gay host Andy Cohen, "I have tried to curb you people." And when Cohen told her, "I am a gay and am down for the monogamy," Stanger snorted derisively and replied, "When was the last time you had a boyfriend?" She also told another caller, "You're very handsome. I thought you were straight... because [you're] not queeny. Like, do you want a queen? Yeah, I don't think so."

When not exhausting all her disparaging stereotypes regarding "the gays," Stanger, who is Jewish, also informed America that "Jewish men lie," prompting Cohen to remark, "So I'm a non-monogamous liar."

Yet not everyone enjoys being reduced to a single insulting stereotype. After the episode aired, the hashtag #CancelStanger promptly gained Twitter steam, and Bravo's PR team had to issue a damage-control statement that Stanger's comments "are not representative of the network's beliefs and opinions. We apologize for the offense it caused."

Stanger, for her part, has spent most of the past few days steadfastly clueless. On Monday she was still tweeting "It's true LA gays toughest nuts to crack to monogamy!" Then, perhaps considering that she might this time alienated more people than usual, she added, "Attn male Gays: I support you ... my comment on WWHL was to a LA guy who can't find commitment," and "So sorry -- didn’t mean to offend anyone. Love you all. X0" She also sent a statement to GLAAD that read "I am so sorry. I did not mean to offend anyone with my comments last night on 'Watch What Happens Live.'"

It would be foolhardy to suggest that the dynamics of hetero, gay and lesbian relations are identical. But that doesn't mean they can be boiled down to offensive soundbites about dumbness or promiscuity, especially coming from the clumsy mouth of a woman who seems to possess no true wit or empathy. Kathy Griffin makes cracks about "the gays" all the time too, but she's not pretending she can help you get married. And it's Stanger's abrupt, dismissive tone, her determination to hate on everybody, that goes to the core of the real problem with her. Love is a crazy thing. An often foolish enterprise. Maybe it's not monogamous and maybe it's not forever. Yet most of us, gay, straight and in between, seem to want it anyway. So why would anybody take advice on matters of the heart from someone who seems like she might not possess one?