"My Joy": Nightmare voyage into the Russian heartland 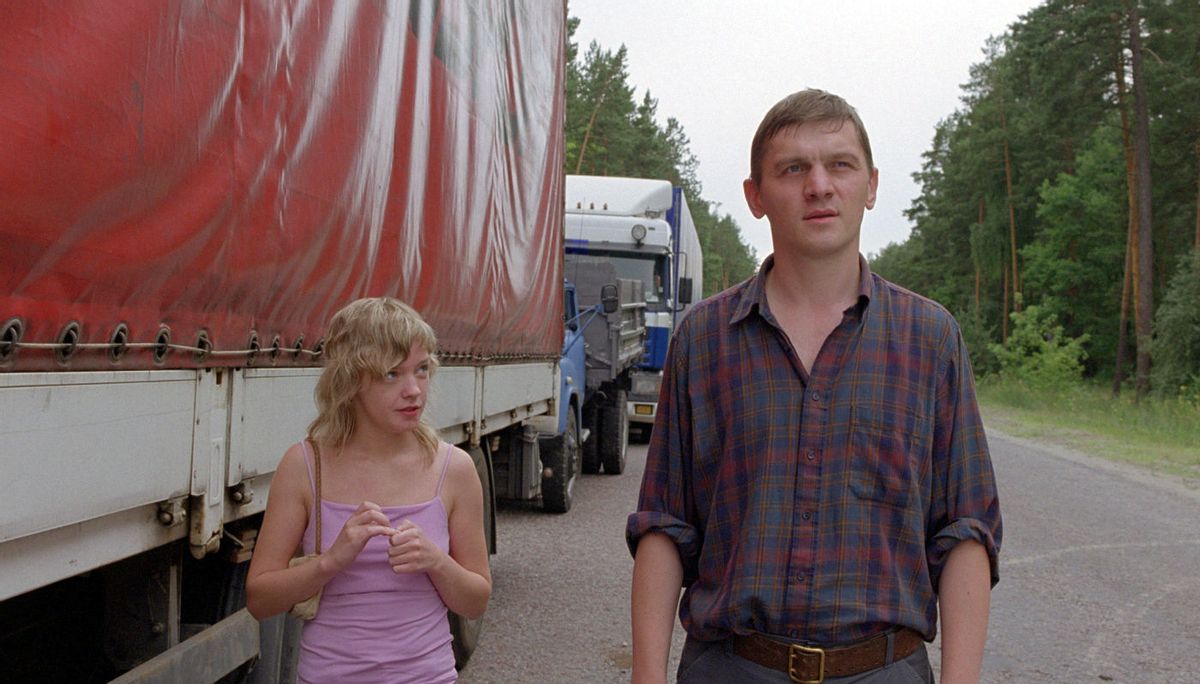 I'm startled to report that one of the darkest Russian films I've seen in a career of watching dark Russian films, Sergei Loznitsa's black-comic backwoods odyssey "My Joy," will actually play American theaters (no doubt briefly) before moving on to a somewhat longer life as a home-video cult object. This mordant, slow-motion horror film about a truck driver's journey into hell -- the title is 100 percent sardonic, maybe more so -- was the most unexpected and arresting picture in the 2010 Cannes competition. Despite what you might believe about that festival, audiences there generally flock to lighter fare, and few seemed to appreciate that "My Joy" had a bleak, grotesque, near-perfect poetry in its soul.

We never learn much about Georgy (Viktor Nemets), who picks up a load of flour one morning in an unnamed city and sets off into the vast Russian interior. He seems a decent enough guy, actually -- he leaves some money and a note for his wife, and picks up a teenage hooker largely to get her off the road (which she bitterly resents). Whether Georgy is a good guy or a bad guy, he couldn't possibly deserve what's coming. From the moment he stops at a checkpoint run by a pair of lecherous, sadistic, beyond-corrupt cops, he seems to have wandered into an episode of "The Twilight Zone" authored by Gogol. Loznitsa's portrait of Russian existence is one of perpetual gloom punctuated with occasional outbursts of violence, and after Georgy leaves the highway for a "shortcut" -- hey, the mean teenage hooker warned him it was haunted! -- you will never labor under the delusion that we're headed for a happy ending. Loznitsa is an acclaimed documentary filmmaker (this is his first narrative feature) who left Russia in 2001, and he clearly has a social and historical agenda of sorts. "My Joy" appears to suggest that all the tyranny and brutality of the 20th century have left Russia, in the era of Putin and the plutocrats, stupefied and morally denuded.

Still, there's something larger than despair beneath the impressively somber landscapes of "My Joy." (The film was shot by Oleg Mutu, the Romanian cinematographer of "The Death of Mr. Lazarescu" and "4 Months, 3 Weeks and 2 Days.") Loznitsa can't resist the fatalistic, seriocomic storytelling tradition that's such a big part of Russian life: When an aged passenger tells Georgy a tale of his fateful encounter with a fellow Soviet officer on the way home from World War II, we travel back to 1946 and witness the whole thing. Later, more mysteriously, we see another terrible incident, probably from World War I, which happened in the house where Georgy ends up living with a Gypsy woman who seems to have claimed him as her sex toy.

That's the closest thing to tenderness Georgy finds in this land of endless stupidity and evil, where any human impulses seem to have been overrun by the most ruthless and Darwinian kind of struggle. He is beaten and left for dead; his truck and cargo are sold off. At last, the old man who told him the World War II story becomes his final refuge. And he hasn't seen the last of those terrible cops. Believe me, Russian readers, I don't assume that this dark fantasy bears much relationship to Russian reality -- or at least, no more than "The Texas Chain Saw Massacre" depicts real life in 1970s central Texas. Like all horror movies, this is a grossly exaggerated fable, one that arrives by way of its impressive cinematography and interpolated tales at a startling, violent, tragic and inevitable conclusion.

"My Joy" is now playing at the Cinema Village in New York and the Art House Cinema 502 in Ogden, Utah. It also opens Nov. 4 in Spokane, Wash., with more cities and dates to be announced. Home video release will follow.