American to be released after nearly four years in Italian prison 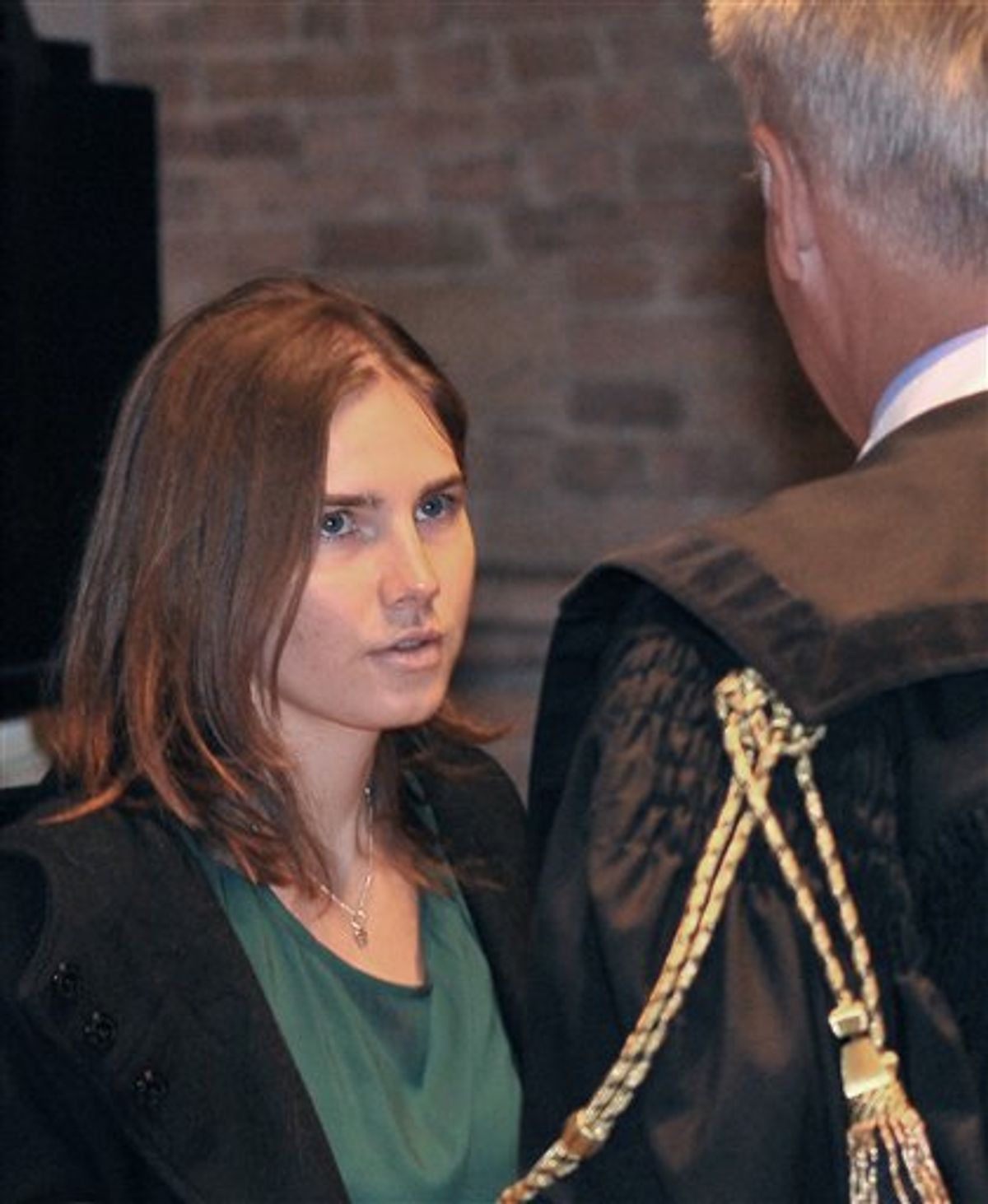 An Italian appeals court has thrown out Amanda Knox's murder conviction and ordered the young American freed after nearly four years in prison for the death of her British roommate.

Knox collapsed in tears after the verdict was read out Monday. Her co-defendant, Raffaele Sollecito, also was cleared of killing 21-year-old Meredith Kercher in 2007.

The Kercher family looked on grimly as the verdict was read out by the judge after 11 hours of deliberations by the eight-member jury. Outside the courthouse, some of the hundreds of observers shouted "Shame, shame!"