The country singer put his boot in his mouth, but who looks to the "All My Rowdy Friends" singer for insight? 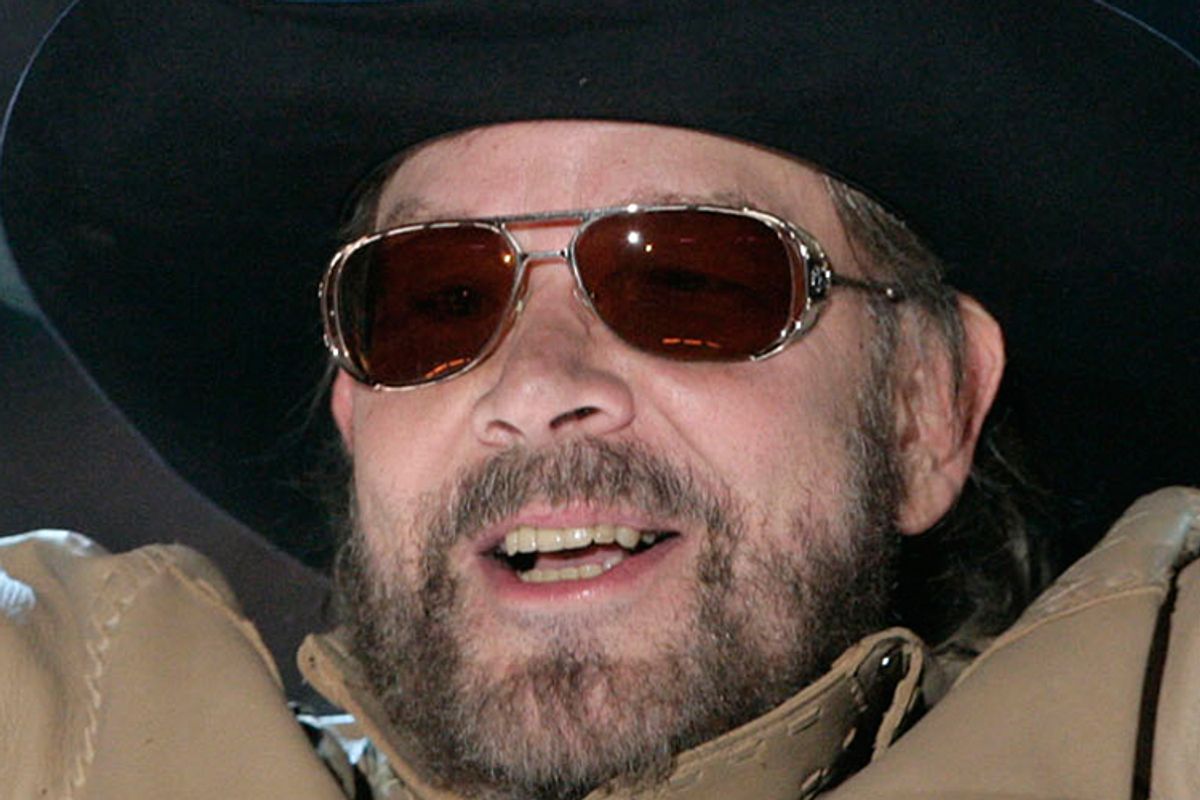 What if you had a football game and nobody won? It's true that Tampa Bay defeated the Indianapolis Colts last night on "Monday Night Football," but on the field of pointless gestures, the battle between ESPN and Hank Williams Jr. was a draw.

For 20 years now, Williams's cry of "Are you ready for some football?" from his anthemic "All My Rowdy Friends" has been the Pavlov bell that brings football fans to their television sets. But not last night.

Why? Because earlier Monday, Williams shot his mouth off on "Fox and Friends." After being introduced as "the voice of Monday Night Football" who "knows a little about politics," Williams quickly embraced his new role as pundit, saying he didn't like any of the GOP candidates and referring to the golf summit between the president and House Speaker John Boehner as "one of the biggest political mistakes."

"It would be like Hitler playing golf with Netanyahu, OK?" he explained. "Not hardly." Is it any wonder that on Monday's broadcast, even the reliably nonsense-minded hosts of Fox and Friends seemed unable to make heads or tails of what Williams was saying? When pressed for clarification, Williams said, "You know, they're the enemy. They're the enemy…" He then spelled it out: "Obama!"

In a statement Monday evening, Williams clarified that "Every time the media brings up the Tea Party it's painted as racist and extremist -- but there's never a backlash -- no outrage to those comparisons…" And while equating Obama with Hitler is as much a classic Tea Party move as whining about paying taxes, it seems that Williams was grasping for something else here, a poorly articulated point not about Obama's perceived Nazism but the implausibility of natural enemies achieving a meeting of the minds.

That didn't stop ESPN, however, from hastily yanking his less-political rallying cry from its Monday broadcast. In a statement, the network explained that "While Hank Williams Jr. is not an ESPN employee, we recognize that he is closely linked to our company through the open to 'Monday Night Football.' We are extremely disappointed with his comments, and as a result we have decided to pull the open from tonight's telecast." Williams, in his own statement, added, "My analogy was extreme -- but it was to make a point. I was simply trying to explain how stupid it seemed to me -- how ludicrous that pairing was. They're polar opposites and it made no sense. They don't see eye-to-eye and never will. I have always respected the office of the President."

So in summation: ESPN reminds us that Williams does not work for them, but the network feels kind of bad he put his foot in his mouth, so they took his song away for one game so nobody will think they have confused Obama with the fuhrer. Williams, meanwhile, admits his statement was extreme -- but he was just trying to make a point! And he respects the office of president, even though he did compare Obama to Hitler. Just nobody get upset, okay? Sorry! If But sticking to my guns, too!

It's perhaps understandable that ESPN feared the game becoming politicized in the wake of this bizarre rhetoric. But it's a fair bet that in a few days, when the hoo-ha dies down, the song will be back on Monday night and the "disappointment" forgotten.

Why shouldn't it be? Okay, maybe because it's been 20 years and couldn't somebody  come up with something new already? But the pontificating of a guy with a beard that ridiculous has zippo to do with whether a few bars of music deserve airtime. Which makes ESPN's gesture of quasi-wrist-slapping as absurd as confusing Williams's remarks with "knowing about politics." It's only Tuesday, but this whole embarrassment is already a front-runner for emptiest mutual display of posturing on television, non-Animal Planet division. Apparently, the only thing both ESPN and Williams have learned from their association with Monday Night Football is how to fumble spectacularly.