The logic of the media's Christie fixation 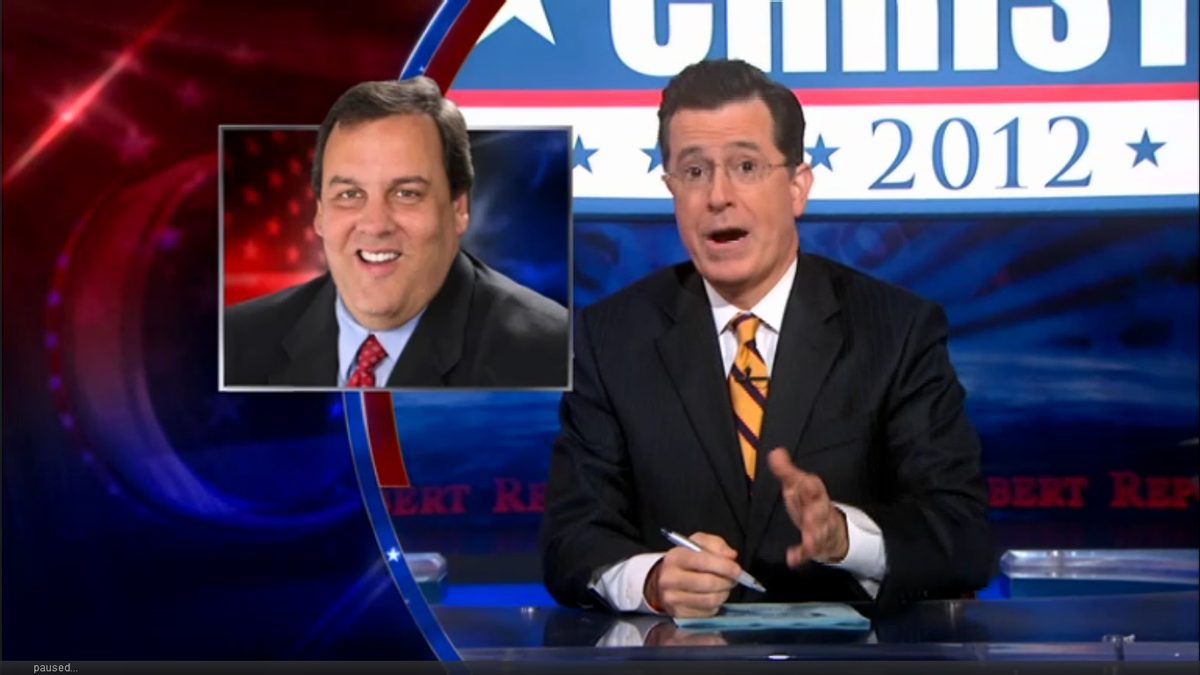 The Chris Christie saga that finally concluded yesterday afternoon provided Stephen Colbert with plenty of material for his show last night, and for good reason: The speculation that filled the airwaves for the last week seemed like a glaring demonstration of the worst tendencies of the political press, a self-generated product of lazy, bored and clueless reporting and punditry.

Colbert, in his ironic style, described it as a dance, with the media thirsting for a new presidential candidate and Christie playing along by being “coy,” a statement that segued into a reel of some of Christie’s most colorfully insistent pleadings from the past year that he had no interest in running:

This is a point press critics made as the Christie drama played out: He could not have been more direct in saying he wasn’t interested, and he never publicly stated that he was reconsidering. Why wouldn’t the press just take him at his word instead of creating such a mindless spectacle?

But it would be a mistake to regard the last week as mainly a media-created soap opera. The coverage was intense, no question, and there were plenty of instances of ridiculous and comical excesses on the press’s part, as there almost always are with major political news. (Of course, because this particular story had such a minimal on-the-record component, those excesses were probably more prevalent.) But at its heart, this was an important story worthy of significant attention, even if its behind-the-scenes nature didn’t necessarily lend itself to cable news.

Let’s start with the issue of Christie’s year-long history of adamant, on-the-record statements that he wasn’t interested. “Short of suicide, what can I do to convince people I’m not running?” he asked more than once. It should be obvious why this alone didn’t automatically satisfy the press: Christie is a politician, and politicians have been known to change their minds, even after issuing seemingly airtight promises not to.

For the first 18 months he served in the Senate, don’t forget, Barack Obama swore that he would not run for president in 2008. His statements weren’t as over-the-top as Christie’s, but that’s just a difference in style; both men were equally insistent that it wasn’t going to happen. And they probably both meant it when they said it.

Obama was a brand-new senator, fresh out of the Illinois state Legislature in 2005 and 2006. By all accounts, he simply assumed – like much of the political world – that he’d need to pay his dues in Washington and that a White House bid was something to (maybe) think about way down the line, like in 2012 or 2016. But, as happens in politics, things happened, circumstances evolved, and his and others’ thinking began to shift, especially when he saw the crowds – so much bigger than Hillary’s! – that came out to greet him on the midterm campaign trail in ’06. Serious players in the party encouraged him and by the end of the year it was clear he’d be a candidate after all.

This sort of thing happens all the time in politics, from White House campaigns to school boards. Mitt Romney, for instance, probably wouldn’t be in position to run for president today if he hadn’t gone along with Massachusetts Republicans who begged him to run for governor in 2002, even though he’d publicly declared his support for his fellow Republican, acting Gov. Jane Swift. So Christie could repeat his “I’d sooner kill myself!” mantra all he wanted for the past year; the question for the press was whether anything was happening that might lead him to change his mind.

And on that front, a lot happened in the past few weeks. You probably know the basics by now: After surging to first place in national and several early state polls, Rick Perry began melting down, alarming Republicans with his erratic conduct on the campaign trail and a series of increasingly dismal debate performances. His polling support began plummeting: A new CBS poll out Tuesday night put him at just 12 percent nationally, and a Florida survey released earlier this week gave him 9 percent there. But there was a twist: Almost none of the Perry run-off went to his main opponent, Mitt Romney, who still can’t seem to crack 25 percent, even on his best days. Instead, it went to an all-but-forgotten fringe candidate, Herman Cain, who is now tied for the lead with Romney (17 percent each) in the new CBS poll.

It was against this backdrop that calls for Christie to reconsider – from some prominent Republicans -- intensified. This coincided with his long-scheduled appearance at the Reagan Library, where he was to deliver a major speech on national policy. With ballot deadlines approaching and the first contests just a few months away, the appeals for Christie to run took on a now-or-never urgency. It was more than fair for the press to ask if, like so many other politicians before him, Christie might go back on his word and run anyway. And when he really was coy at the Reagan Library (where the audience rose to its feet cheering when a woman begged him to run) and his camp began telling the press he was mulling a run, it became a legitimately big story.

After all, Christie wouldn’t have been just another random candidate in a race that already has many of them. He would have been one of a very few GOP candidates with a legitimate shot at the nomination. (Perry and Romney are probably the only other two.) And that’s a big deal, since the Republican nominee in 2012 will probably have around a 50 percent chance of defeating Barack Obama and becoming president. We can argue endlessly about how he would have done as a candidate (for the record, I was pretty bullish on his prospects), but what we know is that he would have had some serious money behind him and some real support among party leaders, and that the idea of his candidacy seemed to be well-received among influential Republicans across the country. And a Quinnipiac poll that came out Tuesday showed him tied with Romney at 17 percent. If he had decided to run, it would have been a major development.

Granted, this was a tough story for the media – especially on the television side – to cover, since almost all of the action played out in private. (There’s a reason this phase of the campaign is known as “the invisible primary.”) And when it comes to the ’12 race, the media has certainly hyped its share of non-stories. Anyone remember the fake Donald Trump campaign?

But this wasn’t one of them. There were serious Republicans urging Christie to run and serious signs that he was thinking about it – and the absurdly volatile GOP field presented an opportunity for him to make a serious impact. This was not the product of a media that wouldn’t take no for an answer; it was the product of a Republican Party that is having serious problems settling on a candidate for the most powerful office in the world.

Joan Walsh and I were on "The Ed Show" on MSNBC last night to talk about Christie's latest (and presumably final) declaration that he won't run: