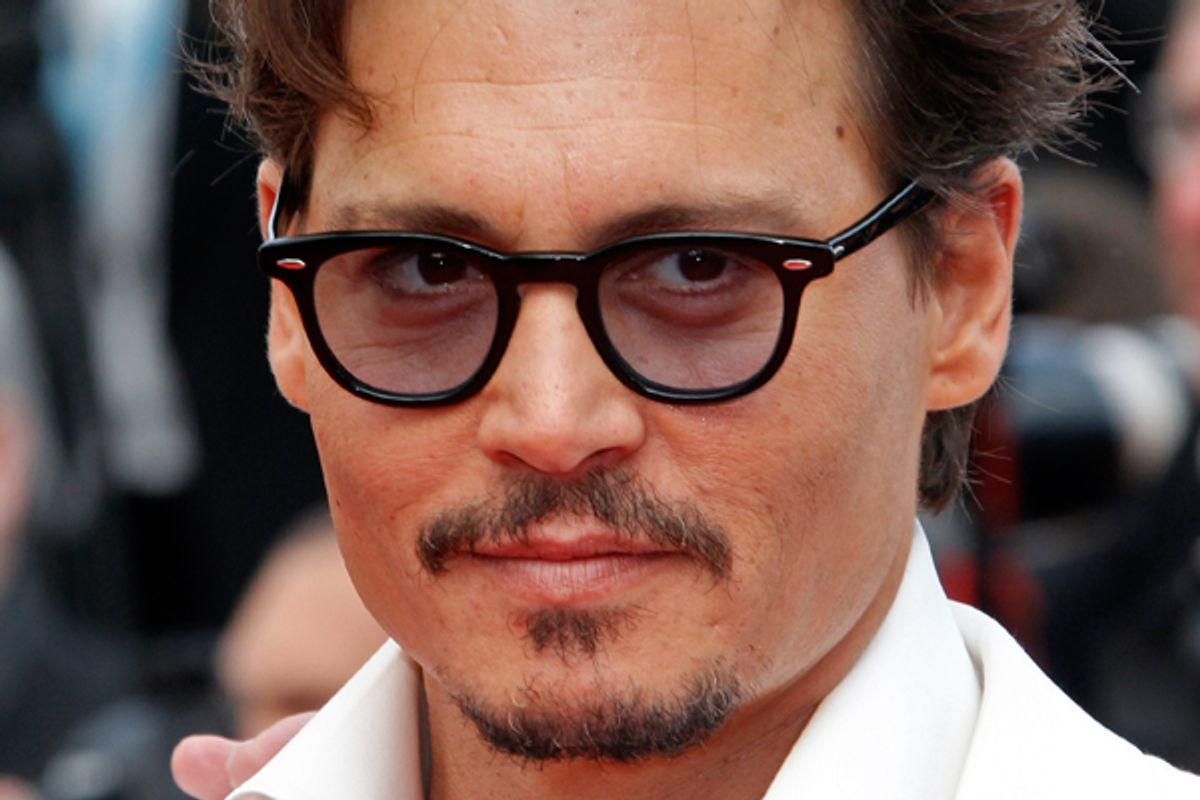 We live now in a world where you can talk about vaginas in prime time, where elementary children go to school wearing shirts declaring that homework "sucks." Yet certain words still have the power to shock and outrage. "Retarded." Some racial and sexual epithets. A derisively uttered "gay." And the word "rape" -- when it's not about rape.

When Johnny Depp blabbed in the new issue of Vanity Fair that he loathes doing photo shoots -- "You just feel like you're being raped somehow. Raped. The whole thing. It feels like a kind of weird,  just weird, man" -- the actor opened up a fat can of worms. Turns out some people don't believe getting your picture taken by Annie Leibovitz is very much like sexual assault at all. "Whenever you have a photo shoot or something like that, it's like -- you just feel dumb," he said. "It's just so stupid." Yeah, rape is so dopey.

Unsurprisingly, the Rape, Abuse and Incest National Network (RAINN) promptly took issue with those remarks, sending out a statement that "While photos may feel at times intrusive, being photographed in no way compares to rape -- a violent crime which affects another American every two minutes." RAINN added, diplomatically, that the group "welcomes the opportunity to speak with Mr. Depp and educate him about the real-life experiences faced by survivors every day, and ways that he can work with RAINN to help."

Even a man who earned roughly $100 million last year -- and admits that "if they’re going to pay me the stupid money right now, I'm going to take it" -- is entitled to dislike certain aspects of his job. Likewise, just because an actor makes a living in front of cameras doesn't mean they enjoy being photographed off the set. And Depp, unlike a lot of big stars, is no insensitive motor mouth. He was a tireless advocate for the release of the West Memphis Three and has been a generous benefactor to worthy causes and facilities.

So why did he flub this one? And make no mistake, he did. We use the terminology of both sex and violence all the time to make a point, so perhaps an extreme metaphor didn't seem  extreme when it was leaving his million-dollar lips. We say that we feel screwed over or reamed or stabbed in the back. We say a job is killing us. Everybody knows it's not meant literally.

Rape is different, though. It's a crime that still imposes far too much stigma and shame upon its victims, and for that reason alone it's a word loaded with powerful and harrowing associations. It's a word that describes the crime that keeps giving -- in both the initial attack and in the often dismissive, accusatory way that law enforcement and the victim's own social circle respond. And unlike getting your picture taken, it's an act devoid of consent. Bottom line, if you haven't been raped, maybe you should think before saying any experience you've ever had is like being raped.

But though he bungled it with Vanity Far, Depp, to his credit, gets it now. And when met with a reasonable, articulate explanation of why what he said was not cool, he responded in kind. On Wednesday, Depp issued a statement saying that "I am truly sorry for offending anyone in any way. I never meant to.  It was a poor choice of words on my part in an effort to explain a feeling. I understand there is no comparison and I am very regretful. In an effort to correct my lack of judgment, please accept my heartfelt apology." Well played on both sides -- no outrage, no backpedaling. Just simple, clear and heartfelt communication -- and the hope that others may learn a little something from the whole affair as well. Indeed, when thought through carefully -- and deployed with tact and empathy -- that's the power of words.