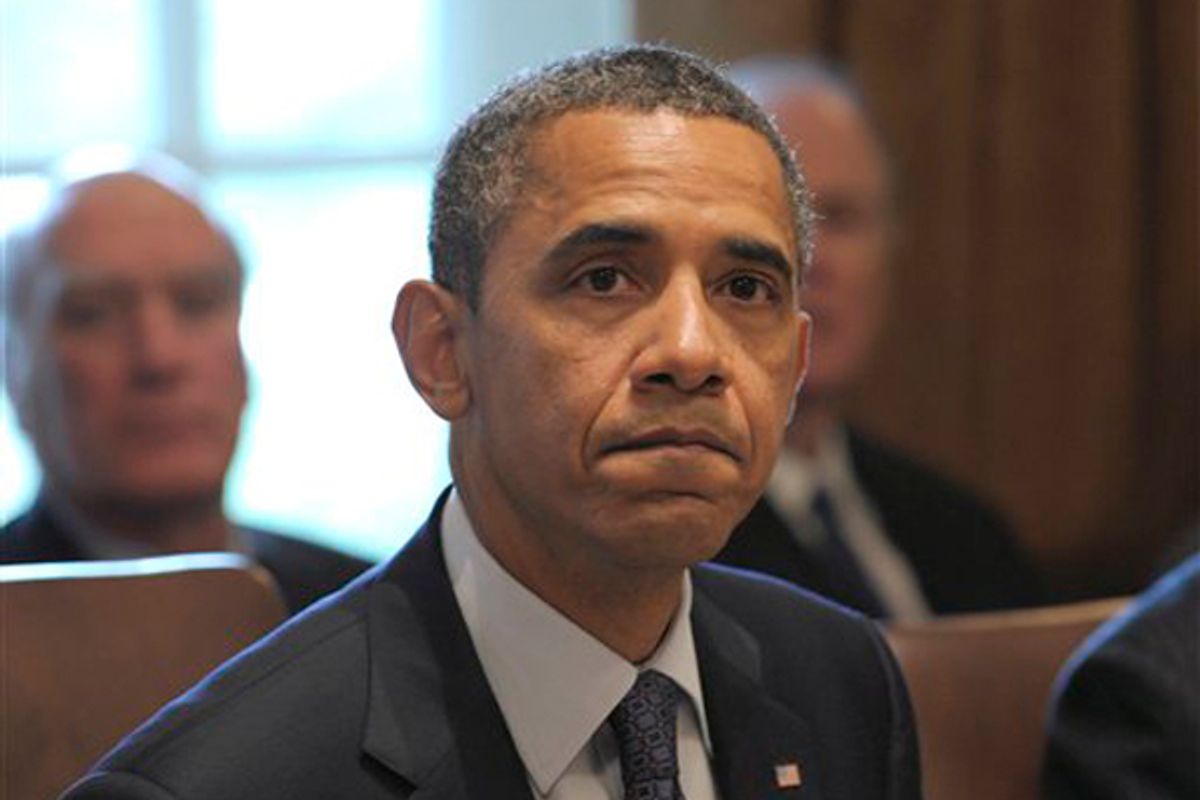 The most radical, community-organizing-inspired proposal to come out of the Obama administration is not the recent National Labor Relations Board moves aimed at strengthening organized labor nor his push to create more green jobs. No, it is his new proposal to limit the tax subsidy for very wealthy people to make so-called "charitable" contributions.

Though designed with the best of intentions, this subsidy now provides a financial incentive for nonprofits to rely primarily on a handful of huge donors, rather than encouraging them to build a broad, small-dollar fundraising base -- one that would inherently grant the nonprofit world much-needed independence from the elite's narrow self-interests. Moreover, this tax break often ends up subsidizing the super-rich's efforts to finance their own partisan causes -- causes which represent the opposite of soup kitchens, mentoring programs or anything else that falls under the rubric of actual charity.

To understand how this all operates, recall that President Obama is not -- even remotely -- proposing to halt government subsidization of nonprofits. He's merely proposing to minimally reduce the amount the very affluent can write off their tax bill when they make donations to 501(c)3 organizations from the current (huge) 35 percent of the contribution down to (the still pretty huge) 28 percent.

As the Chronicle of Philanthropy reports, this one provision alone would generate a whopping $400 billion for the U.S. Treasury and would apply only to those making over $200,000 a year -- that is, to the top 3 percent of income earners.

The fact that such a modest proposal, affecting so small a part of the population, would generate such enormous revenue reflects how philanthropy in America now tracks the larger contours of our Gilded Age economy. Because they now control such a disproportionate share of national wealth, America's rich make the lion's share of tax-deductible philanthropic contributions. A 2006 survey found that the 3 percent of Americans with assets above $1 million "are responsible for nearly two-thirds of all charitable giving" (all this despite the fact that, as ABC News, "people at the lower end of the income scale give almost 30 percent more of their income").

While the Center on Budget and Policy Priorities reports that Obama's proposal would cut donations by only 1.3 percent, leaders of major nonprofits -- encouraged by Republican Party apparatchiks -- are now vehemently decrying the president's initiative, implying that he's waging a war on the most basic tenets of altruism and compassion.

The outsized hysterics, of course, betray something greater than a fear of a relatively small (and still theoretical) 1.3 percent drop -- the reaction exposes a status quo inertia from a nonprofit establishment that has grown way too accustomed to a top-down corporate model of charity. It's simply far easier and less labor intensive to get a few absurdly wealthy donors to cut huge checks, rather than doing the hard work of building social movements and mass public awareness campaigns that convince thousands of people to cut lots of little ones. That's especially true in a stratified economy that has seen the number of $100-million donations hit record levels.

Predictably, the result of such a structure is that a large chunk of charity goes into exactly what Saul Alinsky despised -- the paternalistic "settlement house" model of nonprofit work that tries to address social problems in specific ways that do not fundamentally challenge the economic inequality or corporate power structure that has so benefited big philanthropists. Two emblematic examples of this are the Gates and Walton Foundations, which indeed do some good work, but which also fund projects (particularly in education) that try to steer policymaking away from the kinds of questions about corporate power and poverty that might make Bill Gates and the Walton family uncomfortable.

But this is only half the story. Indeed, the other, even more insidious tax-code problem the President's proposal begins to address is how the IRS so laxly grants 501(c)3 designations, and how those designations now conspire with the charitable tax deduction subsidy to further extend the power of the rich.

Under the current system, the wealthy can openly exploit a tax code that classifies genuine charity and profit-focused politics as one and the same. From Tea Party weapons such as the FreedomWorks Foundation to Democrats' lockstep partisan attack machines like the Center for American Progress, many of America's political and electioneering organizations are officially designated as charitable 501(c)3s, under the same tax code given to institutions like the Red Cross and Save the Children. The most dominant of these organizations are quite deliberately structured to rely on -- and cater to -- a relatively small handful of politically motivated, self-interested benefactors whose contributions are that much bigger because they can be taken as tax write-offs.

And so, the very space in American politics where true nonprofits should be building genuine mass social movements has become yet another playground for oligarchs -- a playground where the cause of challenging oligarchy is deliberately avoided.

Limiting this subsidy for the rich, then, is a move toward modifying the tax code in a way that might better encourage nonprofit groups to try to broaden their fundraising base -- a move that is absolutely critical right now. As the great mass social movements of American history suggest, only when a coalition of nonprofits has an independent, mass fundraising base can they focus and organize around the toughest questions of all.

The president's willingness to initiate a conversation about how tax subsidies make such organizing that much harder may be a small step in the right direction -- but it's an important one.