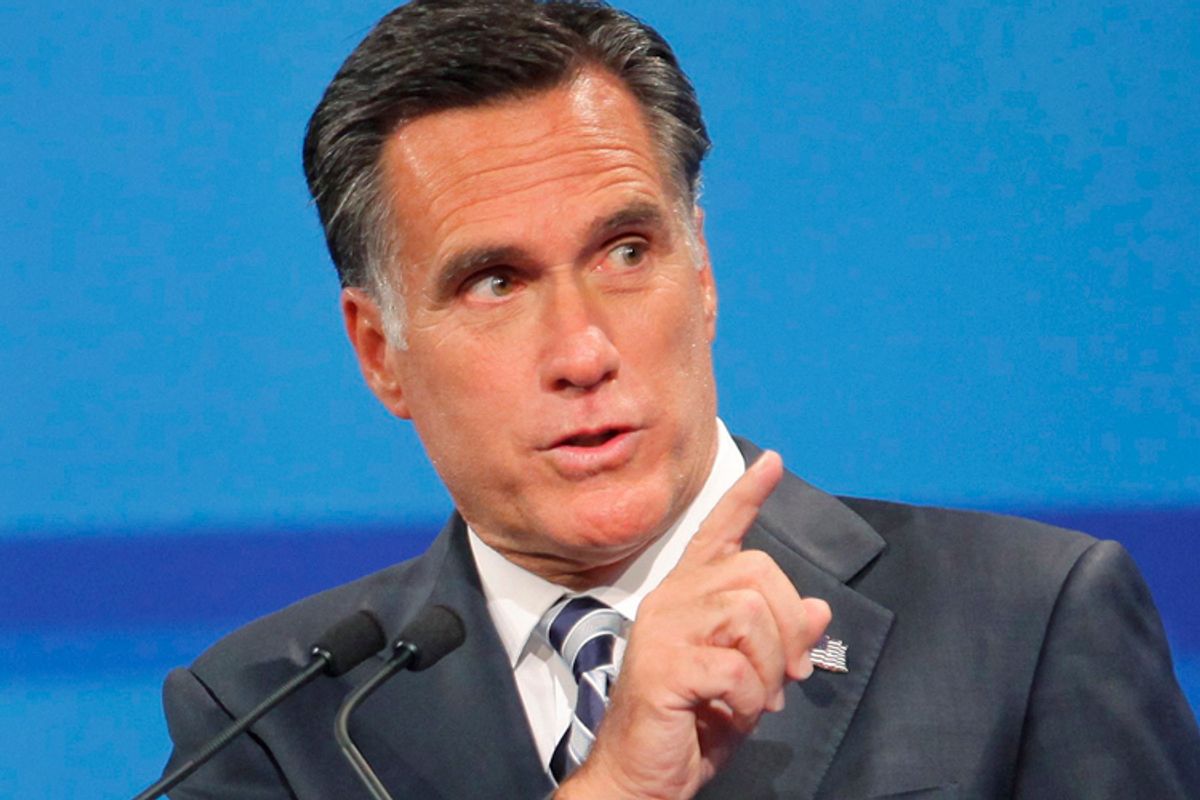 A story Salon published in August was reportedly used by a faction within the Mitt Romney campaign to undermine a former State Department official who was previously one of Romney's top foreign policy aides.

The story outlined the deep involvement of Mitchell Reiss, a former Bush administration official and current president of Washington College in Maryland, in a campaign to promote the Mujahedin-e Khalq (MEK), an Iranian group that is on the U.S. government's official list of terrorist groups. MEK supporters are seeking to have it removed from the list and to have the U.S. adopt a friendly view toward the group, which killed Americans in the 1970s and attacked Iranian civilians as recently as the 1990s.

Politico's Ben Smith reports the MEK campaign became a liability for Reiss after Salon reported it:

The list of 22 "special advisers," presented in alphabetical order, seems to relieve Washington College President Mitchell Reiss, who has at times been presented as Romney's chief foreign policy adviser, of that special status -- now he's one of the group. Reiss, who worked under Colin Powell and Brent Scowcroft in two Bush Administrations, was seen by some more hawkish conservatives as a touch too much of a realist; his internal critics took advantage of a Salon report that he'd publicly backed the controversial Iranian opposition group MEK as an opportunity to make him one of many voices, who now also include people often identified as "neoconservatives" -- Robert Kagan, Dan Senor, and Norm Coleman, among others.

Neoconservatives in the Romney camp wishing to thank me can reach me at the address below.