The danger of being a talk radio hero 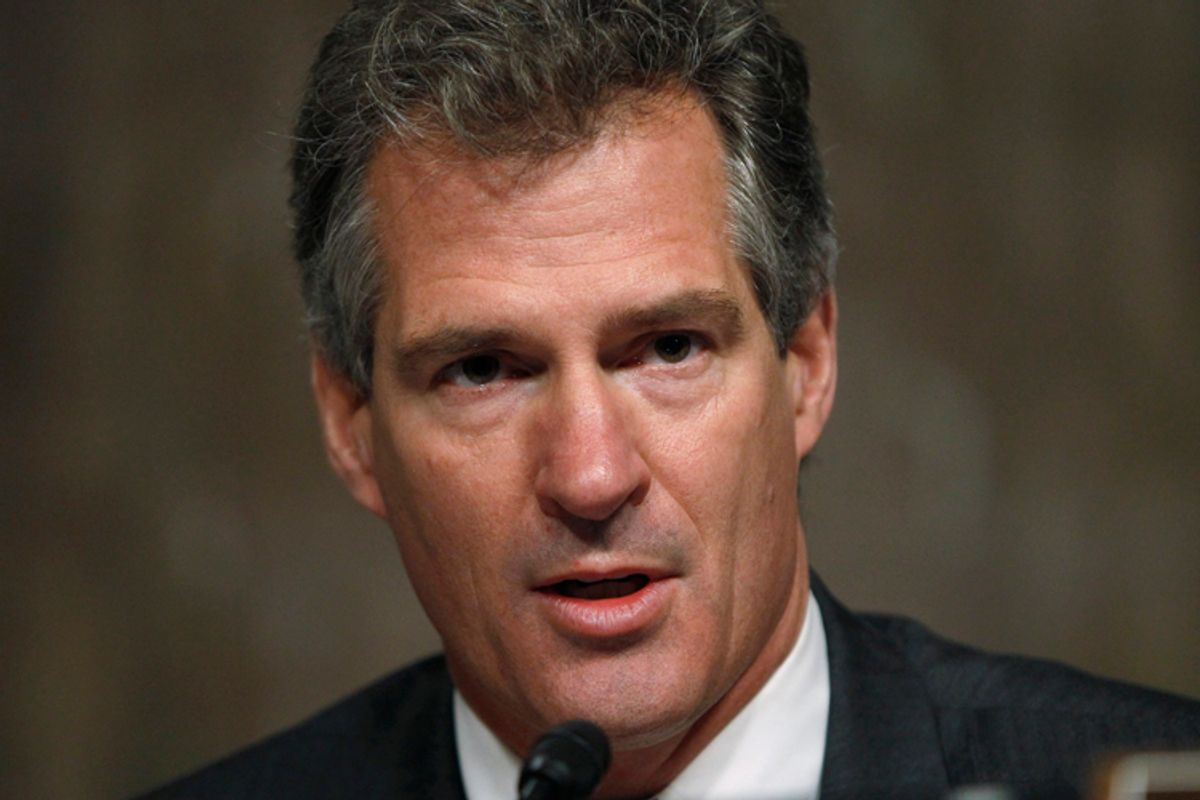 You've probably already heard about Senator Scott Brown's gaffe this morning. Asked about a statement by Elizabeth Warren, his likely Democratic opponent next year, that she (unlike Brown) hadn't posed nude to help pay her way through college, Brown replied: "Thank God."

Needless to say, it's landed Brown in some hot water, with Democrats blasting him for engaging in "frat house" chauvinism and media outlets across the country picking up the story. This comes at a bad time for Brown, whose once-mighty standing in Massachusetts has eroded and who is now running even with Warren in polls, and could be particularly damaging since it threatens to undermine what has been the key to his popularity in blue state Massachusetts: His personal likability.

There is some irony here. Brown's comment seems to be the product of an unguarded moment on a Boston morning radio show, and, more than any other politician in Massachusetts, local radio has played a pivotal role in his rise.

Massachusetts may be a heavily Democratic state, but you'd never know it from scanning the radio dial. The Boston market has more than its share of standard-issue conservative radio hosts, and the ideology frequently bleeds over to the dominant all-sports station too. Local talk radio served as a virtual arm of Brown's campaign when he won his Senate seat last year. He made frequent appearances on WEEI, the sports station, bantering with the hosts, playing up his regular-guy-with-a-truck image and connecting with the station's predominantly white male listenership. When President Obama came to town for a last-minute appearance with Martha Coakley, Brown's campaign organized a rally headlined by several prominent sports celebrities and three WEEI personalities. On that station and others, the promotion of his campaign, and the disparagement of Coakley, was relentless. Here's how the Boston Globe's Alex Beam described it:

On Election Day, WRKO ran 11 hours of nonstop pro-Brown agitprop from 9 a.m. on, including get-out-and-vote-for-Brown pleas. Over at its sister station, WEEI, Glenn Ordway's afternoon sports goons taped promotional videos for Brown. You could say the same thing about WTKK, but 'RKO and 'EEI have actual listeners.

Since winning the election, Brown has kept up his local radio appearances, chatting casually with his friends, playing along with their drive-time antics, and sometimes letting his guard down. Here's how Globe columnist Yvonne Abraham described one such session last July:

With all of that love and power, you can't blame Brown for getting a big head. And as an interview he gave two of his fans on WEEI last Friday made clear, it is pretty darned big.

``So, last night I got off the plane and I'm driving through Wrentham saying, `Man, I just can't believe I'm a United States Senator,' '' he crowed to his adoring interlocutors. ``And then Tim Geithner calls me on the phone and says, `Scott, I just wanted to go through some things that we're working on right now . . .' He just called me a minute ago, too . . .

So you might say that Brown's casual put-down of Warren was a long time coming. Granted, it didn't take place on one of the all-talk stations that double as Brown fan clubs, but rather a morning show on classic rock WZLX. Still, he was in a potentially dangerous setting -- an irreverent live show with hosts who traffic in provocative hijinx and "guy" humor -- where he's come to feel a bit too comfortable. The sort cruelty embodied by Brown's comment is heard all the time on these types of radio shows, in Boston and everywhere else, but it usually goes unnoticed. Unless it's coming from a United States senator.

Update: A reader emails to point out that the latest Arbitron numbers show that WEEI is no longer the dominant sports station in Boston, and has been eclipsed by the new (and apparently not overtly conservative) Sports Hub.