The Muppets partner with Wal-Mart to fight hunger 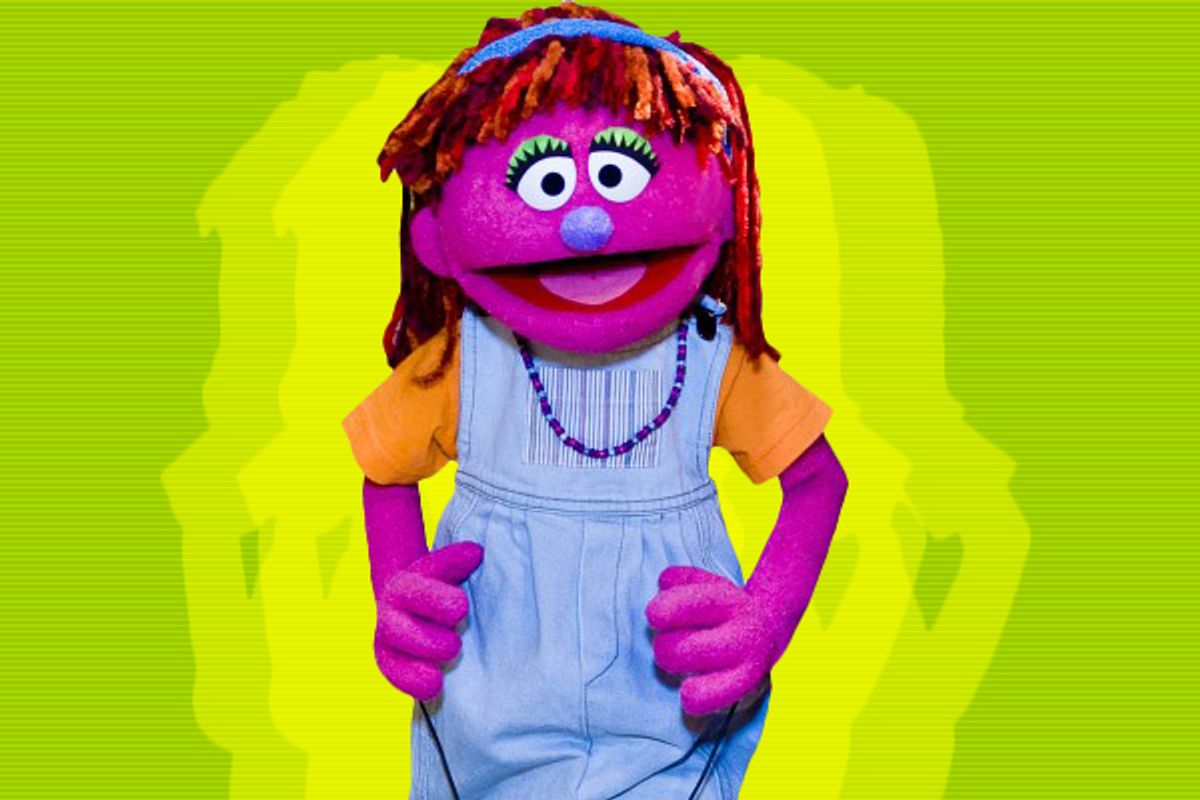 The residents of "Sesame Street" have their share of challenges. You've got a guy who lives in a garbage can. A cookie-addicted binge eater. And an annoying little ginger who talks about himself in the third person. But on Sunday, the Street will get a Muppet with a different problem, one that nearly one in four American children will relate to -- hunger.

In the one-hour prime-time special "Growing Hope Against Hunger," viewers accustomed to Sesame Street's usual adventures involving the letter K or the number 6 will learn a different kind of lesson from Lily, a young Muppet who talks about living in a home where a meal on the table's not always a sure thing. Along with Brad Paisley and Kimberly Williams Paisley, Lily will help Elmo and his friends plan a food drive. They also visit a community garden to see how nutritious produce can be grown locally.

The harsh reality of childhood hunger may not be quite what one would expect from the place where the air is sweet, and it certainly isn't an issue one would instantly associate with the special's sponsor -- Wal-Mart. You remember Wal-Mart: the company famed for its aggressive anti-union stance, the one that just last year wiped out its profit-sharing program while continuing to award bonuses to top executives? Maybe Lily's family is hungry because her parents work for a corporation that could easily afford to pay its employees a better hourly wage, but doesn't.

Yet the much reviled corporate behemoth has in recent years listened to the demands of its patrons in other regards -- offering more eco-friendly products, reducing waste, and selling some healthier food. Sure, responsible acts make for good press for a company badly in need it, but they also help people. And you can loathe Wal-Mart's corporate practices and still note that the company's $1.5 million anti-hunger initiative is nothing to sneeze at -- especially when you're talking about cash-strapped PBS.

Despite its breezy tone, Sesame Street has never been a place where everything is A-OK all the time. The Muppets have helped kids work through the deaths of loved ones, the challenges of having a parent serving in the military and of living with HIV and AIDS. That in the midst of an ever-worsening economic crisis, the show would take on a painful and all-too-common subject shows its enduring innovativeness and a deep sensitivity to its audience.

Childhood is not all happy songs and manic monsters. The Department of Agriculture estimates that 17 million American children have "limited or uncertain" access to affordable food. In New York City alone, the number of homeless children in the public schools has skyrocketed 41 percent in the just the past few years. A couple of talking furballs and a country singer alone won't change that. But they can help kids and families understand and empathize -- and maybe to see that the school breakfasts and lunches some of their classmates are getting may be the only meals they receive that day. More significantly, they may just inspire families to take actions like participating in local food banks and gardens. Or even add themselves to the growing tide of Americans demanding that executive greed stop interfering with sustainable wages, so fewer real-life Lilys have to go to bed hungry.