Updated: After much speculation, New York's mayor will not force law-abiding demonstrators to leave Zuccotti Park 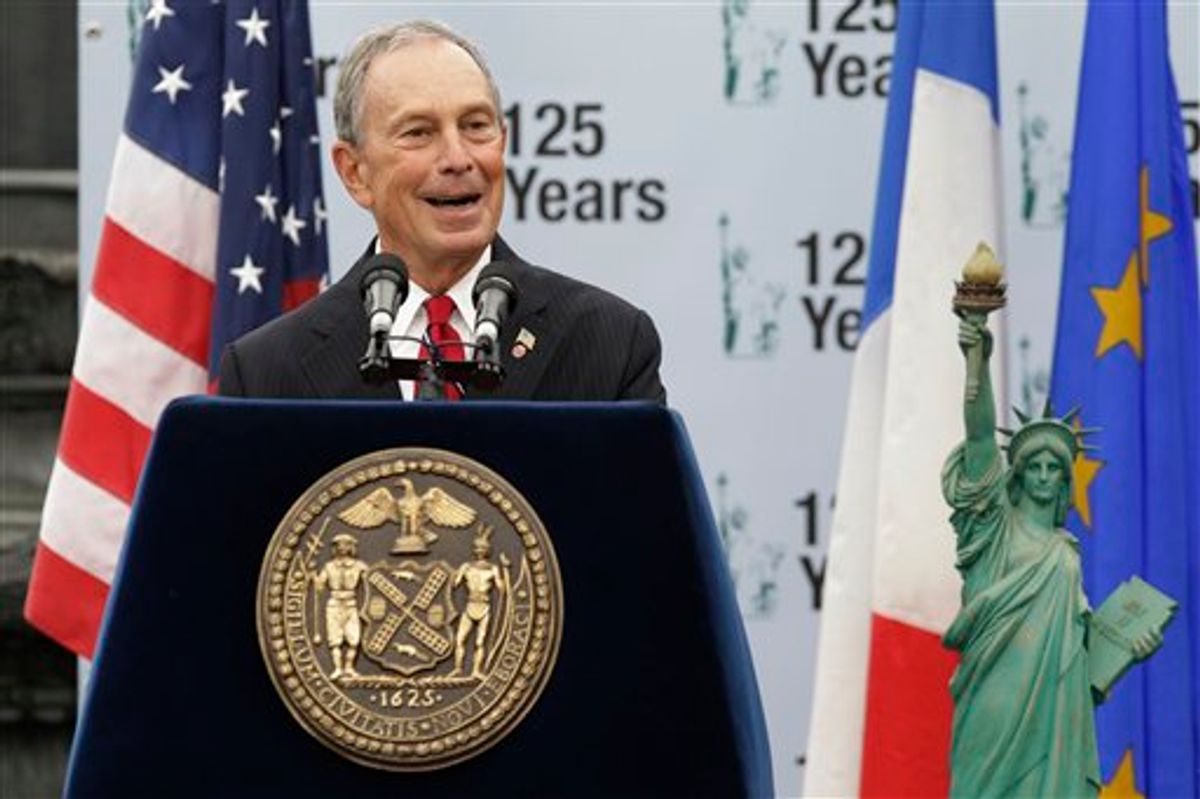 New York Mayor Michael Bloomberg addresses the crowd during a visit to Liberty Island in anticipation of the 125th Anniversary of the Statue of Liberty, in September. (AP/Julio Cortez)
--

Perhaps the biggest questions lingering over the Occupy Wall Street protests these past three weeks has been whether or not the city would allow protesters to remain at their downtown base station in Zuccotti Park indefinitely. The space is privately owned, and the mayor had previously been coy when asked if the police would eventually step in and evict the demonstrators.

Now we have our answer. Protesters can hunker down as long as they desire, provided they don't run afoul of the law:

“The bottom line is – people want to express themselves. And as long as they obey the laws, we’ll allow them to,” said Bloomberg as he prepared to march in the Columbus Day Parade on Fifth Avenue. “If they break the laws, then, we’re going to do what we’re supposed to do: enforce the laws.”

UPDATE: Melissa Coley, spokeswoman for Brookfield, told Salon the company has no comment on Blomberg's remarks today. She said sanitation in the park remains a "growing concern" for the company.