Should teens be prohibited from tanning?

A new California law keeps kids out of tanning beds. Is there a right to have the look of "sun-kissed skin"? 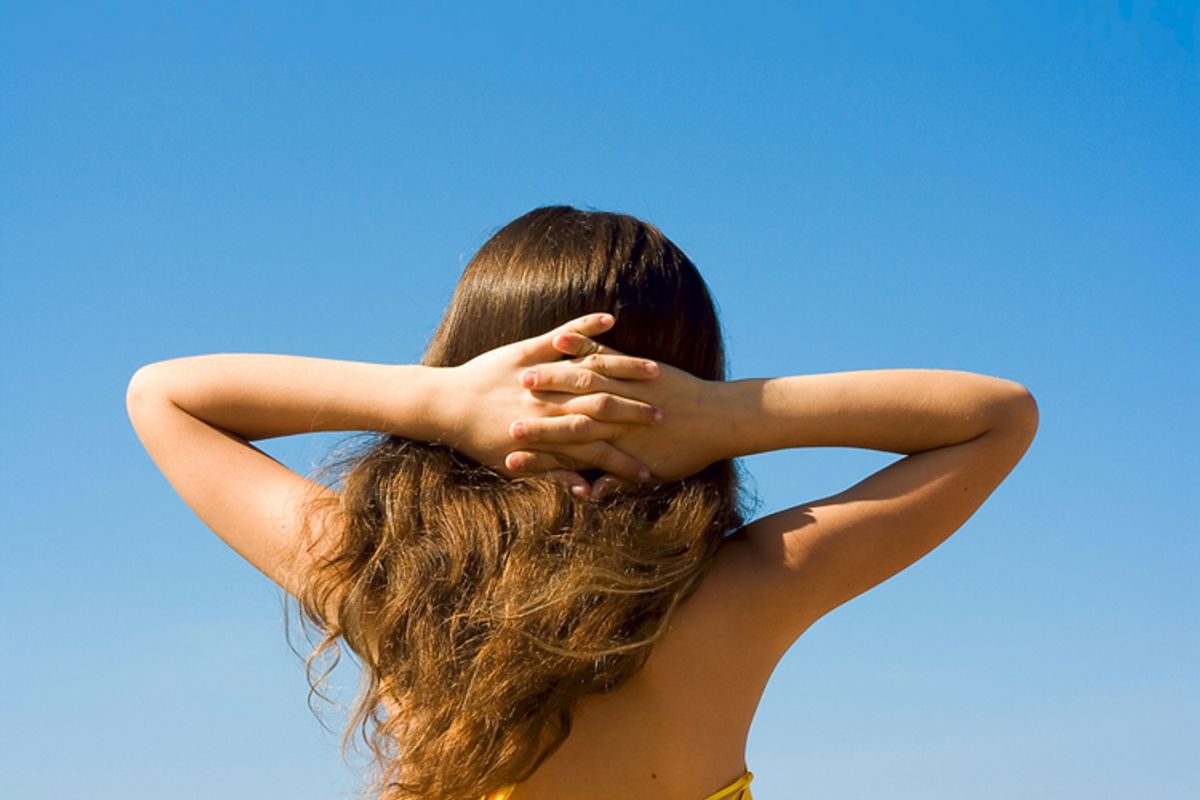 The Golden State just got a little less bronzed. On Sunday, California Gov. Jerry Brown signed a law that will prohibit minors from using tanning beds -- and provoked a predictable furor from the pro-ultraviolet rays community.

You'd think that in our reasonably enlightened era of sunscreen, environmental awareness and that awesome Jergens glow stuff, the allure of baking oneself deep caramel would have faded like a sunburn after Labor Day. Several states currently have laws restricting underage  tanning bed use – and Illinois and New York are considering outright bans for teens similar to the new California law. But in a world where Katy Perry still sings of "sun-kissed skin," the "Jersey Shore" cast brags of keeping tanning beds in their homes, and companies like Hollywood Tans invite consumers to go over to "the dark side," it's clear that the tanning bed remains a powerful draw.

And is it any surprise? Among young consumers, tan is considered healthy and sexy.  As Tomas Albert, a 17-year-old who loves on Oakland, groused to the San Francisco Chronicle, "It's a lot easier to pick up ladies with a tan." Tanning is also big business. The Indoor Tanning Association argues the ban will "cost thousands of jobs" throughout the state. "Taking away from teens the option to tan indoors will not stop teens from sun tanning; it will only send them outdoors into an uncontrolled environment, with no supervision, no trained staff, no parental consent required, where they are more likely to be over exposed or sunburned," the group warned. And for those who feel a high schooler's desire to crisp up is a God-given right, the ban is, in the words of several commenters on the L.A. Times' web site Monday, proof of the triumph of the "nanny state" -- because "FREEDOM OF CHOICE IS WHAT MADE THIS COUNTRY GREAT." And stubborn stupidity is what makes it exasperating.

The link between indoor tanning and elevated risk of cancer remains a growing concern. Just this week the Journal of Investigative Dermatology reported that the type of rays used in tanning beds penetrate the skin more deeply and can do more damage than previously estimated. Earlier this year, the American Academy of Pediatrics issued the prohibition of "access to tanning salons or use of artificial tanning devices by children under the age of 18" and the American Medical Association has for the past five years been urging restrictions on artificial tanning among minors.

When you're young, it's easy to believe you're invincible. But the health risks of UV exposure are not just very real but very immediate. Skin cancer is the most commonly diagnosed cancer in America -- annually beating out lung, breast, colon and prostate cancer combined. Its deadliest form, melanoma, has been steadily rising over the last several years -- even as other cancers have been declining. And while teens only make up 5-10 percent of the tanning-bed clientele nationally, it's worth noting that melanoma is now the most common form of cancer among young adults  -- and the second most common among teens.

It's true that tanning -- and even tanning beds -- don't automatically lead to cancer. Genetic markers, heredity and a history of blistering sunburns also contribute to one's likelihood of developing melanoma. It's is a disease that killed Bob Marley, a guy who never needed much help in the tanning department. And it's one that I – a lifelong pastyface who could make Edward Cullen look like Donatella Versace -- am about to embark on a new round of treatment for.

We Americans tend to pride ourselves excessively on our ability to wreck ourselves without anybody stopping us. There isn't a vice you can name that somebody won't insist you'll have to pry out of his cold, dead hands. And because neither freedom nor responsibility commence promptly at the moment one turns 18, California teens can still frolic under the sun with only a layer of baby oil if they so choose. But why would anyone, of any age, support an industry that trades in a World Health Organization recognized known carcinogen? You wouldn't give your kid a pack of Lucky Strikes – why would you sign off on letting him do something that could damage or even kill him? The Constitution does not guarantee anybody the right to make money off getting high schoolers to look like George Hamilton.  And a healthy glow is not the same as true health. In fact, it's often a very pale imitation.