In defense of Paul Simon

Simon\'s a pop icon, but never treated with the solemnity of a Dylan, Young or Reed. It\'s time for that to change 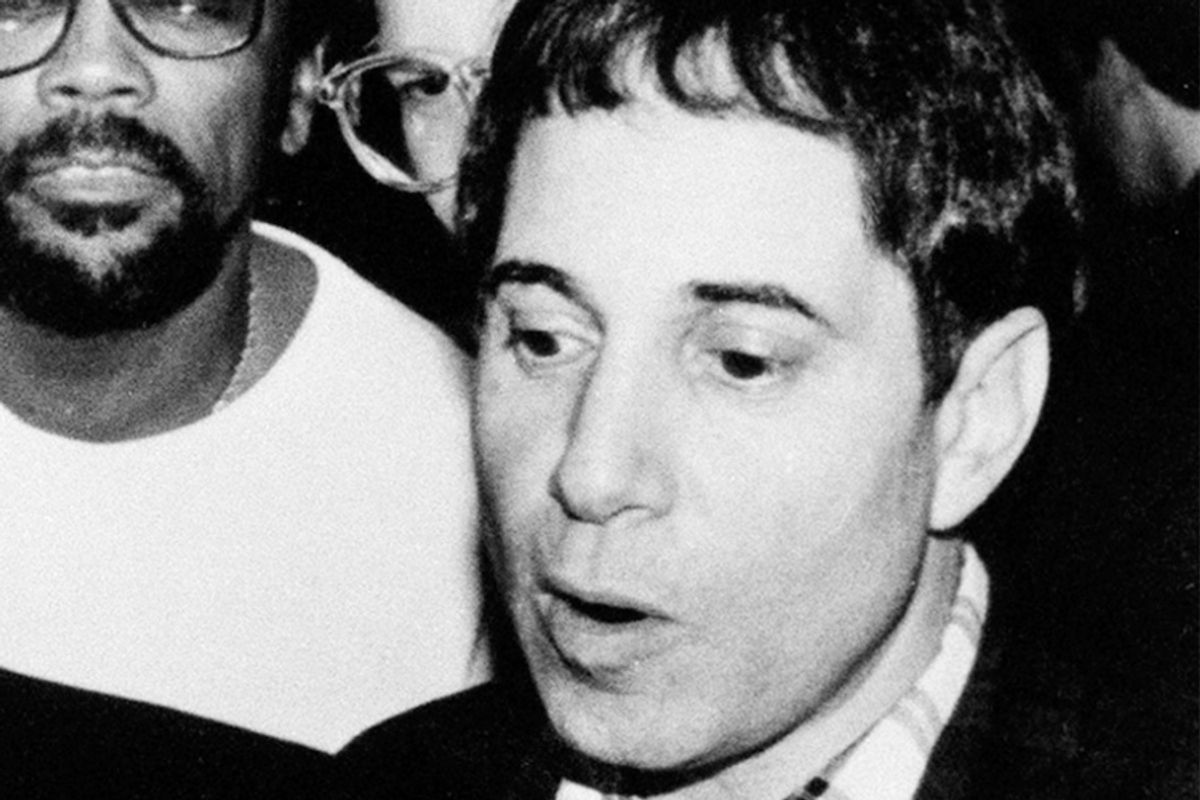 On Sept. 11, Paul Simon sang a solo acoustic version of “The Sound of Silence” at the 9/11 memorial service in New York City, and for a few days afterward, the YouTube clip of the performance became a viral sensation, shared among fans and listeners as a commemoration of that horrific event 10 years ago. It was remarkable how dramatically both Simon and the song had changed since the early 1960s. His face had grown gaunt with age, his hair colorless around that baseball cap that has become his post-baldness trademark. “Sound of Silence” had developed new melodic currents, and Simon punctuated it with a few ominous strums. Its innate gravity fit the occasion perfectly, but lyrically the song is an oddly disconcerting hymn to national tragedy, what with its intimations of youthful alienation and derisive lines like, “And the people bowed and prayed / To the neon god they made.”

Simon’s legacy remains bound up in “Sound of Silence,” which he had been playing and sharpening on tour for the past few months leading up to the 9/11 memorial. That performance highlights a big year for Simon, who has released a new solo album that some have hailed as a return to form. "So Beautiful or So What," despite its so what title, reexamines the African rhythms and arrangements that made "Graceland" such a huge hit in the mid-1980s, and Simon sounds reinvigorated as a songwriter, as a singer and most of all as a guitar player. In addition, recent reissues of Simon & Garfunkel’s 1970 swan song "Bridge Over Trouble Water," along with new editions of almost all of his solo albums -- the early albums arrived in June, "Graceland" and "The Rhythm of the Saints" follow later this month -- revisit his past triumphs and travails, providing a compelling context for his successful tour of small venues and large theaters. Finally, the man himself curated a two-disc career retrospective, modestly and matter-of-factly titled "Songwriter."

Despite that hefty release schedule, Simon, though beloved by fans, remains generally underrated if not perennially disregarded by just about everyone else. Never fully accepted into the rock canon, Simon doesn’t get the career accoutrements afforded to his peers: He hasn’t been the subject of a documentary or a tribute album, and even though young indie-rock acts like Vampire Weekend and Yeasayer have cited him as an influence, no artist has ever been heralded as the New Paul Simon, at least not as frequently as Conor Oberst, the Tallest Man on Earth and the Felice Brothers, among others, are labeled the New Dylan. No one is bootlegging old Tom & Jerry performances the way Grateful Dead shows are tracked, nor does Simon have an exhaustive rarities series like Bob Dylan’s "Bootlegs," Neil Young’s "Archives," or seemingly every stray noodle from Jimi Hendrix. Perhaps even worse, he is routinely criticized for exploiting the music and musicians of Africa and South America, while the more academic excursions by David Byrne and Damon Albarn earn no such disdain.

Remarkably, although Simon’s legacy remains surprisingly modest, eclipsed by so many of his peers, his catalog remains just as influential both culturally and commercially. That discrepancy has deep roots that go all the way back to the very beginning of his career, when he and Art Garfunkel were struggling pop singers in Queens. They had experienced limited success in the late 1950s as Tom & Jerry (a stage name they had adopted to conceal their Jewish surnames), but they weren’t able to build on it in the next decade. The East Village scene, based more or less at Gerde’s Folk City and presided over by Dylan, piqued their interest in folk music, but even after signing with Columbia Records on the strength of “He Was My Brother” and “Sound of Silence,” they were considered a laughingstock among the denizens of the Lower East Side.

Although the duo had wild success later in the decade, and although Simon remained a popular and productive solo artist in the 1970s even as Dylan floundered, he never quite lived down that early reputation as a latecomer, an intruder to the scene  — to put it less generously, an opportunistic fake. Simon was too straight-laced for the folk revival, having much more in common with the clean-scrubbed folkies of the 1950s who had been supplanted by a subsequent generation. Simon was the straight-A student to Dylan’s dropout poet, the exacting wordsmith who made folk music look hard rather than easy. Songs like the wishful “Bleecker Street” and “The Dangling Conversation” (which contains quite possibly some of the worst pop lyrics ever written) sounds especially effortful today, and even “Sound of Silence” retains an oblique quality that makes it a slightly uncomfortable fit for 9/11 commemoration — or any other distinct purpose outside the particular historical moment that produced it.

An outsider to the outsiders’ scene — and therefore disregarded as an insider — Simon improved his craft dramatically as the folk revival faded, and by the end of the 1960s and the end of Simon & Garfunkel’s run, he was at the peak of his talents, writing eloquently simple hymns like “Bridge Over Troubled Water” and randy rockers like “Baby Driver” with equal wit and command. He’s not generally considered innovative, especially given his rigid song structures, but his incorporation of gospel, R&B and world music into pop formats is sophisticated and, even today, exciting. On "Bridge Over Troubled Water," he adapted a Peruvian folk song into “El Condor Pasa (If I Could),” and throughout his solo career, his musical curiosity has fueled the highs of "Graceland" and "The Rhythm of the Saints" as well as the lows of "The Capeman," his failed Broadway musical (although the handful of songs included on "Songwriter" argue for it as a not altogether terrible, possibly even overlooked project).

Even as he grew increasingly bold stylistically, Simon began writing beyond his years — almost consciously taking up a perspective of someone much older than himself. On “Old Friends,” from Simon & Garfunkel’s 1968 album "Bookends," he imagined himself and his music partner as old men on park benches, “lost in their overcoats.” Even as a solo artist, Simon obsessed over his advancing age: His self-titled debut in 1972 featured a track called “Run That Body Down,” about inevitable physical entropy: “Kid, you better look around / How long you think that you can run that body down?” He was 32 at the time. Three years later, long before most people become moonily nostalgic, he penned “Still Crazy After All These Years,” about two former lovers who reminisce over a long-ago affair. It’s become his signature song.

Pop typically prizes youth, yet Simon has from the beginning embraced and even perhaps fetishized the idea of aging, which means death haunts almost all of his songs, whether explicitly or not. Revisiting his catalog on "Songwriter" or any of this year’s other reissues won’t necessarily remind a listener of more carefree times, at least not the way early songs by Dylan or Young or Phil Spector still evoke the intoxicating defiance of youth. On the other hand, those compositions have allowed Simon to age gracefully, to avoid pure nostalgia or the embarrassment of being an aging rocker pantomiming youthful songs. On his 2011 tour, “Still Crazy After All These Years” sounds more wistful and rueful than ever, as Simon invests it with the kind of meaning and depth that a 30- or 40-year-old could never see. That’s both his greatest asset as a songwriter and his greatest drawback as a pop cultural figure: In a generation that famously hoped to die before they got old, Paul Simon embraced adulthood -- and, for better or worse, the squareness that came with it.

Stephen M. Deusner is a Chicago-based freelance writer whose work has appeared in the Village Voice, Pitchfork, American Songwriter and Paste magazine, among other publications. He recently contributed an essay on Okkervil River to the book "The Poetics of American Song Lyrics," forthcoming from the University Press of Mississippi.