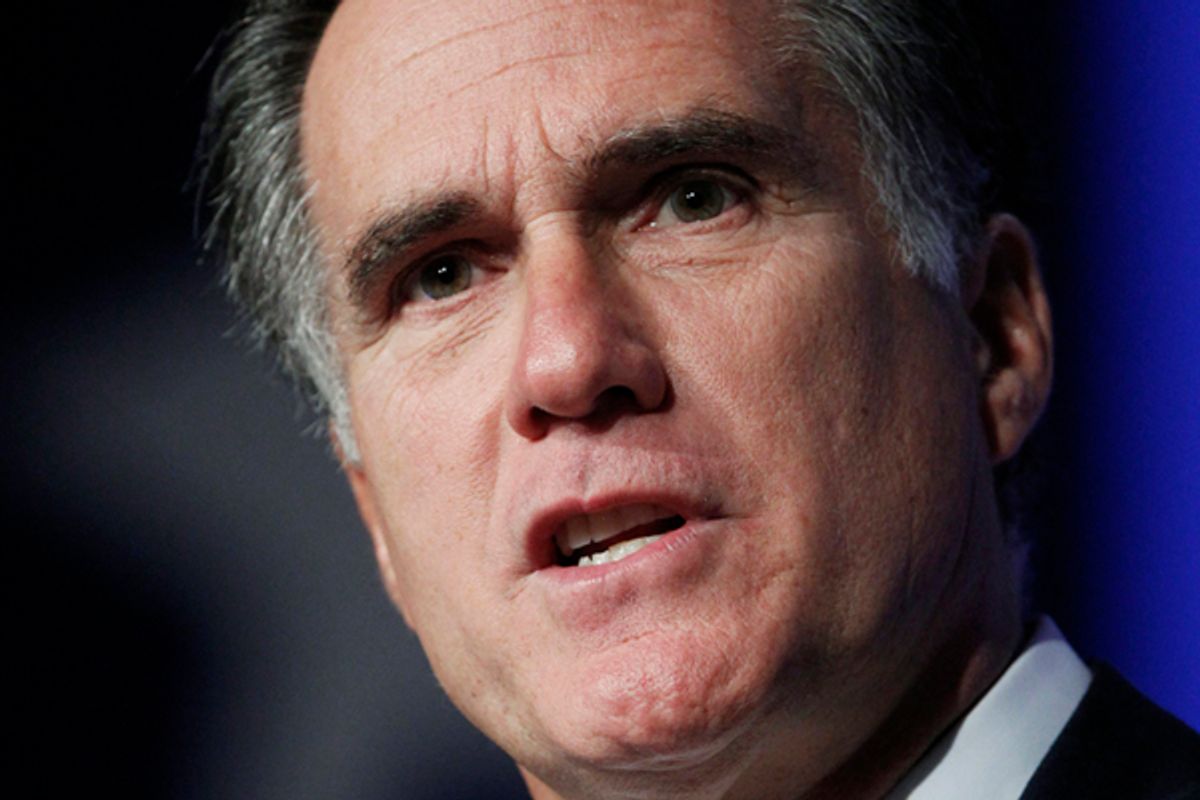 Mitt Romney once celebrated gay pride weekend when he was running to be the governor of liberal Massachusetts, but now he is running for the Republican nomination for president, and so he does not like to talk about his shameful history of tolerance (or at least willingness to pander to a potential constituency). But at a recent New Hampshire town hall, Sam Stein reports, the audience peppered Romney with questions about AIDS funding and gay marriage, and Romney did not seem thrilled. Still, he has a great proposal to completely defuse the entire gay marriage debate in a way that will surely please everyone.

"What I would support is letting people who are of the same gender form, if you will, partnership agreements," he replied. "If they want to have a partnership with someone else and have, as a result of that, such things as hospital visitation rights and similar benefits of that nature."

Partnership agreements! (If you will!) How will these "partnership agreements" differ from civil unions? Well, "civil unions" were the separate-and-unequal legal compromise invented to grant gay couples certain rights without allowing them to make the magical word "marriage" all gay, but even that compromise is too much for the anti-gay religious right, so Mitt Romney invented some other third thing that sounds even less marriage-y.