The civil rights activist was 86 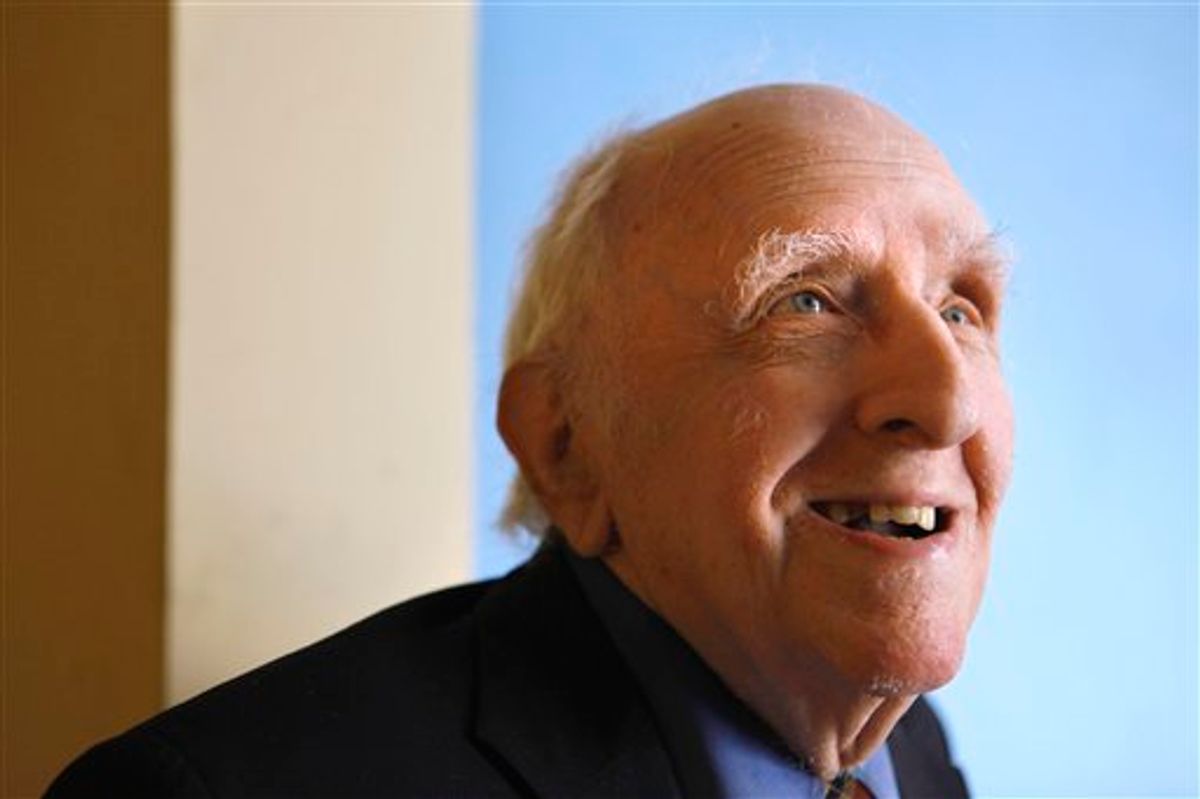 Frank Kameny is seen in his home in Washington in 2009. (AP/Jacquelyn Martin)
--

WASHINGTON (AP) — Frank Kameny, who became a pioneer in the gay rights movement after he was fired from his job as a government astronomer in 1957 for being gay, has died at his home in Washington. He was 86.

Bob Witeck, a friend of Kameny's for three decades, confirmed his Tuesday death. Kameny had been in failing health, and a medical examiner said he suffered a heart attack or heart failure, Witeck said.

Plans for a memorial in November were being discussed, Witeck said.

Gay rights groups mourned his passing Tuesday, noting it was National Coming Out Day, when many gay people celebrate coming out and encourage others to have the courage to do the same.

"While so many have been impatient about the pace of progress, there was Frank, insisting we recognize that, in the last two years, he was regularly invited as a guest of honor by the very government that fired him simply for being gay," said a statement by Rea Carey, the executive director of the National Gay and Lesbian Task Force.

Joe Solmonese, the president of the Washington-based Human Rights Campaign, said in a statement that Kameny "set a path for the modern LGBT civil rights movement."

Kameny told The Associated Press in 2009 that his contributions to the gay rights struggle had only recently begun to sink in. He said at the time he wanted to be remembered most for coming up with the slogan "Gay is Good" in 1968 to counter an onslaught of negativism aimed at gays and lesbians.

Kameny had been an astronomer for just five months when he was asked to meet with federal investigators. They told him they had information he was gay, and he was dismissed.

Kameny didn't leave quietly, however. He contested his firing by the U.S. Civil Service Commission by writing letters to the agency, both houses of Congress and eventually the White House.

He sued and lost in lower courts, but pressed on with a lengthy brief in 1961 that is now regarded as the first civil rights claim based on sexual orientation to be brought to the U.S. Supreme Court. Soon after, he co-founded the Mattachine Society of Washington, which advocated for equal rights for gays and lesbians.

In 1965, Kameny and 10 others became the first to stage a gay rights protest in front of the White House and later at the Pentagon and elsewhere. Many of Kameny's signs as well as buttons and leaflets from that time are now housed at the Smithsonian's National Museum of American History.

In the last years of his life, Kameny was increasingly recognized for his work as a gay rights pioneer. He was honored in 2009 during Washington's annual Capital Pride celebration and that same year received a formal apology for being fired solely based on his sexual orientation. The apology came from the successor to the U.S. Civil Service Commission, the U.S. Office of Personnel Management. The office is headed by John Berry, who is openly gay, and Kameny attended his swearing-in.

When gay marriage became legal in the nation's capital in 2010, Kameny was at the first weddings.

"Being gay has become infinitely better than it was," he said earlier this year when documents from his collection of gay rights history went on display for the first time at the Library of Congress. "The fundamental theme underneath all of that is simply equality."

Civil Rights Movement From The Wires