Less than three months before Iowa, nearly half of Republicans say they want their nominee to be Cain ... or Newt 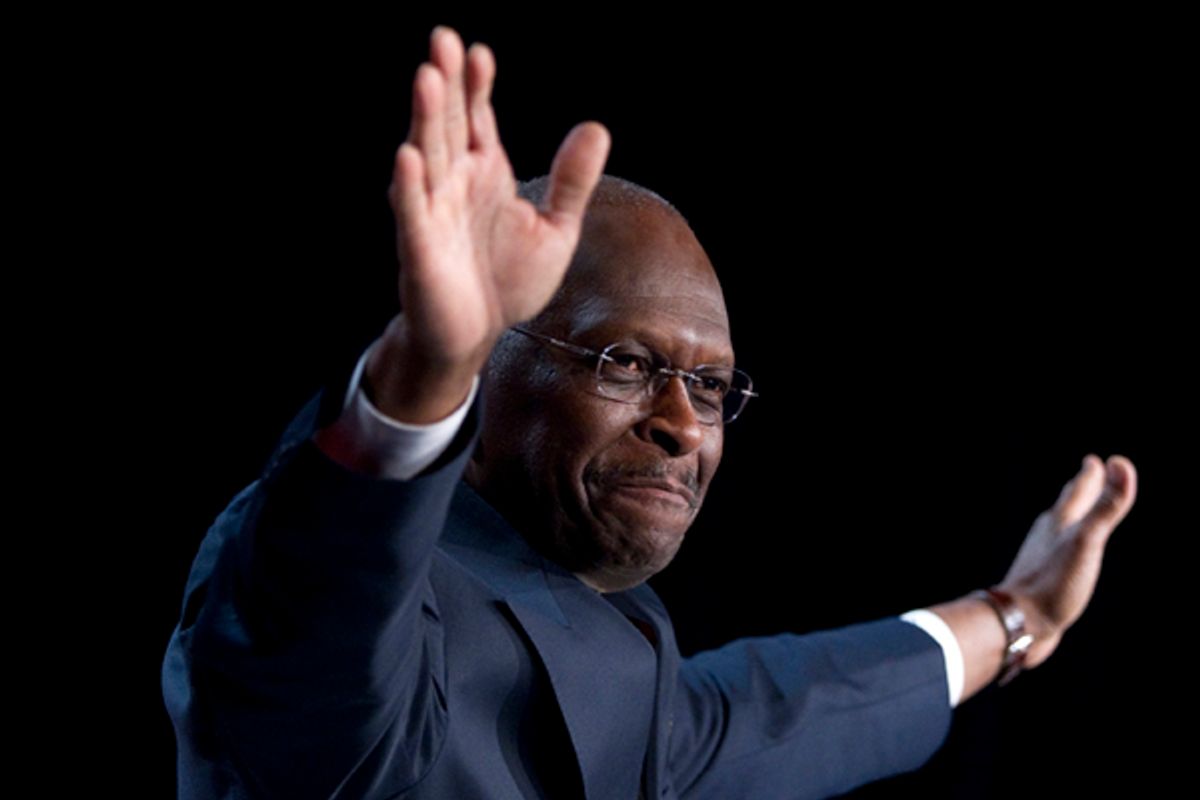 PPP has shown itself to be a reliable polling outfit, so there's no reason to think these new numbers on the national GOP race aren't legitimate:

The poll doesn't account for last night's debate, at which Cain and his "9-9-9" plan played a prominent role, but what jumps out at me is the combined Cain/Gingrich number: 45 percent. Think about this for a minute. Neither one of them is running what would traditionally be called a real campaign. Cain has barely spent any time in Iowa (where a PPP poll released yesterday also showed him in first place) and New Hampshire and has almost no day-to-day campaign presence in either state. There are no major Republican elected officials backing him (not yet, at least). He is not running television ads. He didn't come to this race with any name recognition. His press secretary just left his campaign ... to work for a candidate for lieutenant governor of Louisiana. All he's really done is show up at the debates, hit all of the requisite GOP cattle calls, and done television interviews. And less than three months before the Iowa caucuses, nearly one in three Republicans say they want to make him their presidential nominee.

Gingrich's story is similar. He came to the race with actual name recognition, but his entire senior staff quit in June, he's shown almost no interest in raising money, and he's spent about as much time in Greece and Hawaii as in New Hampshire and Iowa. He managed to win an endorsement from Nathan Deal, the governor of Georgia (where Newt once lived), but that's about it as far as high-profile support goes. Ask a Republican political professional about the "Gingrich organization" and you'll probably hear laughter. Like Cain, Gingrich has pursued his candidacy almost exclusively through debates, cable news appearances and cattle calls. And three months before the lead-off caucuses, about one in six Republicans want him as their nominee.

I still haven't met anyone who seriously believes Cain (or even Gingrich) can win the nomination, but this is getting absurd.