The conservative prankster's latest effort is something less than incendiary 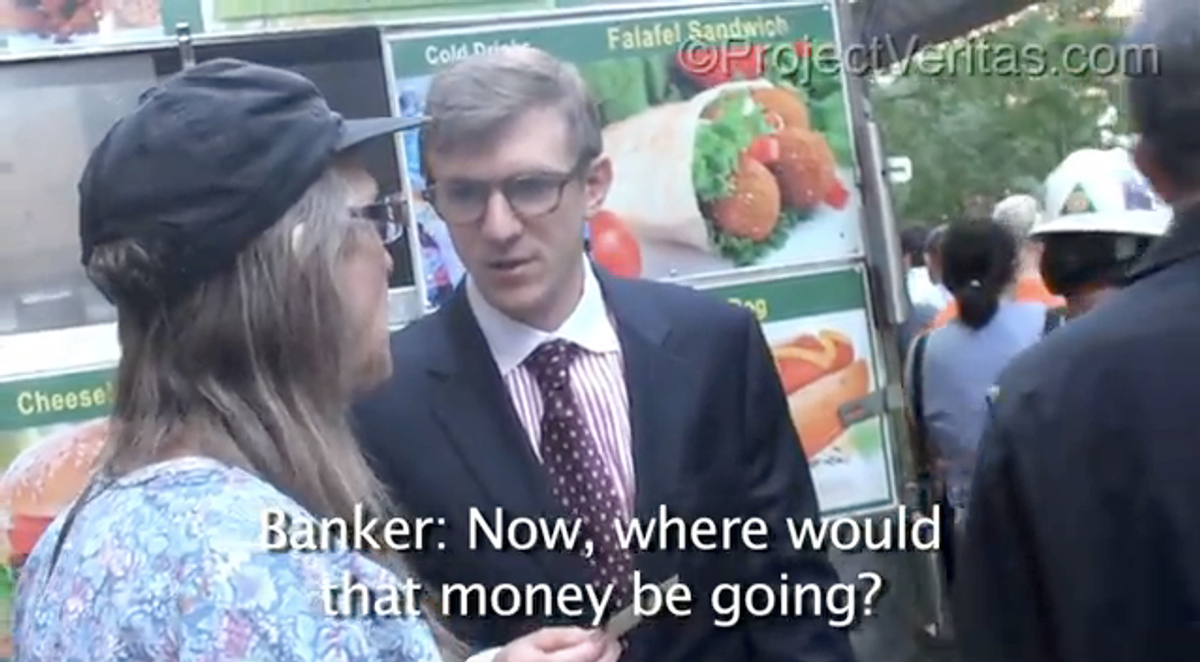 Puckish conservative prankster James O'Keefe may have ditched his pimp outfit for a suit and tie, but he's still out there, searching for the truth. We wrote on Monday how the (ethically challenged) documentarian -- who in the past has shaken up NPR's leadership and brought ACORN to its knees -- was conspicuously lurking around Zuccotti Park, and seemed to be working on a video about Occupy Wall Street. Well, that video has finally surfaced, and, boy ... it's actually pretty boring!

Viewers of the clip will see Mr. O'Keefe -- feigning the appearance of a Wall Street banker -- as he tries to converse with the hoi polloi. One protester rambles on about a "Constitutional World Federation." Another chats about Amalgamated Bank. And a third gave O'Keefe a piece of cake! What will those dastardly liberals think of next?