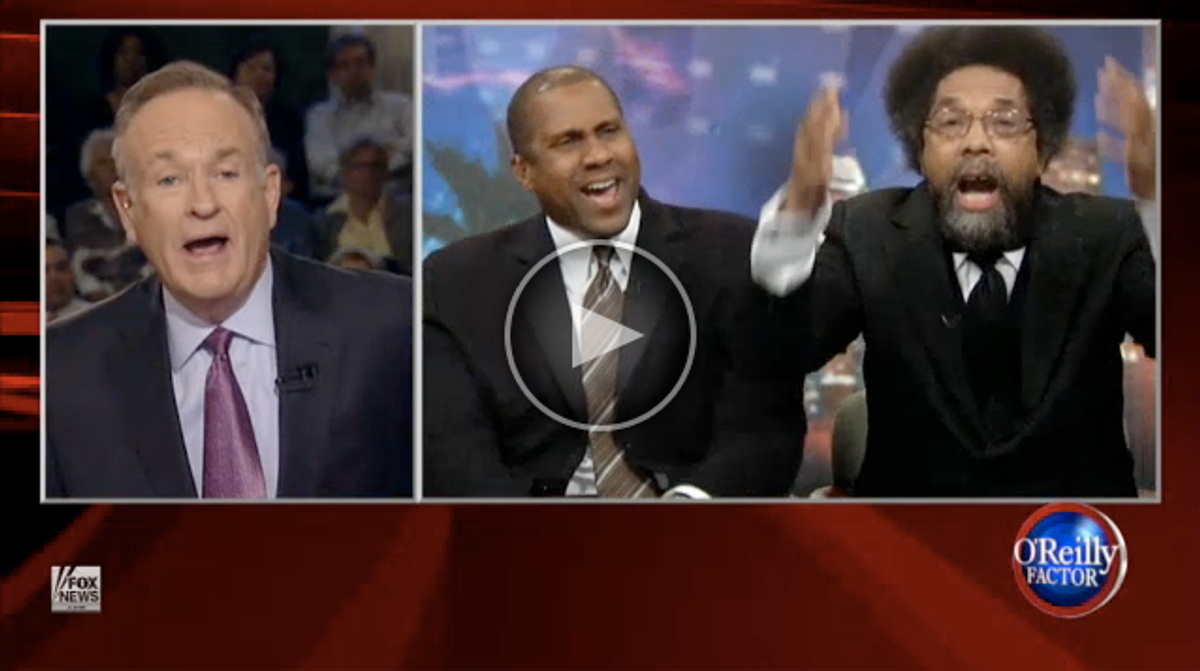 Bill O'Reilly is no stranger to conflict on his nightly program -- but, even by his standards, last night's interview with Tavis Smiley and Cornel West was a wild one. The Fox News host invited the liberal commentators and civil rights advocates, to talk about the disparity in opportunity between the haves and the have-nots in America. The tenor was combative from the get-go, but things really came to a head when O'Reilly claimed that no Wall Street executives ever committed crimes in the lead up to the 2008 financial crisis.