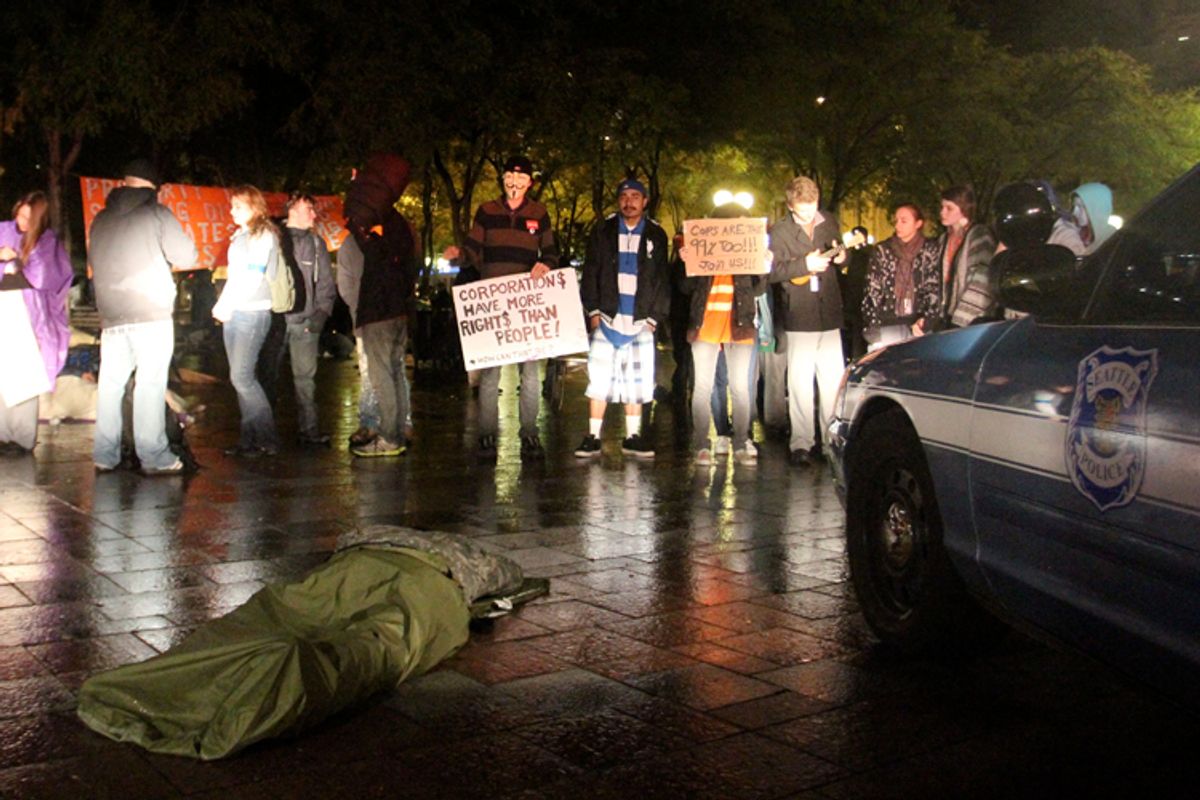 Despite warnings that they might, Seattle police arrested none of the Occupy Seattle demonstrators camped out in Westlake Park last night, in violation of city codes. This marks the second straight day in which the city has threatened arrests but declined to carry through. Protest organizers continue to discuss with Mayor Mike McGinn's office the conditions of a possible relocation to City Hall -- a move that the mayor has encouraged for days.

According to Seattle's MyNorthwest.com:

The demonstrators have sent the mayor a list of demands. They want approval for large tents to use as a kitchen, infirmary, storage area and information center. They want written approval of long-term occupancy, access to City Hall restrooms and parking for supply vehicles.

Meanwhile, McGinn made a statement this morning indicating that police would no longer tolerate protesters' intransigence:

I have instructed the Parks Department and the Seattle Police Department to enforce the rules at Westlake Park, starting this morning. This includes prohibitions against camping and unpermitted activity. We are prepared to provide permits for First Amendment uses of Westlake Park during regular park hours.

"Unpermitted" activities have come to include pitching tents and sitting down with umbrellas to stay dry -- policies that have made the city a target of criticism. Since protests began on October 1, the rainy Seattle weather has consistently posed a challenge for protesters, and conditions seem to be worsening. Early this morning, Occupy Seattle posted a message to its Facebook page soliciting blankets and dry clothes for occupiers:

Medical team is urgently in need of blankets and warm clothing. Very cold down here and some people are showing symptoms of hypothermia.