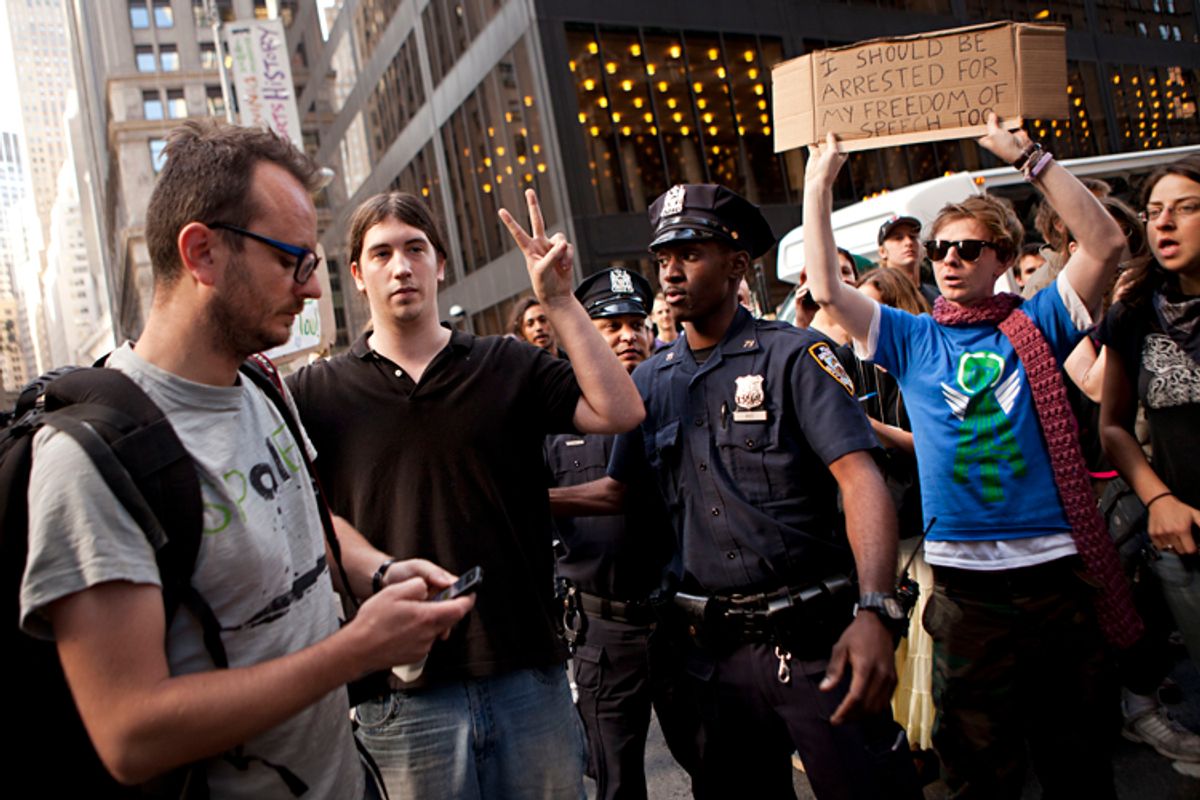 “I know for a fact that the Republican Congressional Committee is monitoring social media around the Occupy Wall Street movement, looking for ways to show potential voters that the movement is full of the most extreme views,” he says ...

It's not clear to me how highlighting a few tweets is going to help GOP strategists prove anything about the movement. But the #ows hashtag on Twitter is certainly a useful source of information.