Herman Cain's self-evidently silly tax proposal is, it turns out, a silly idea 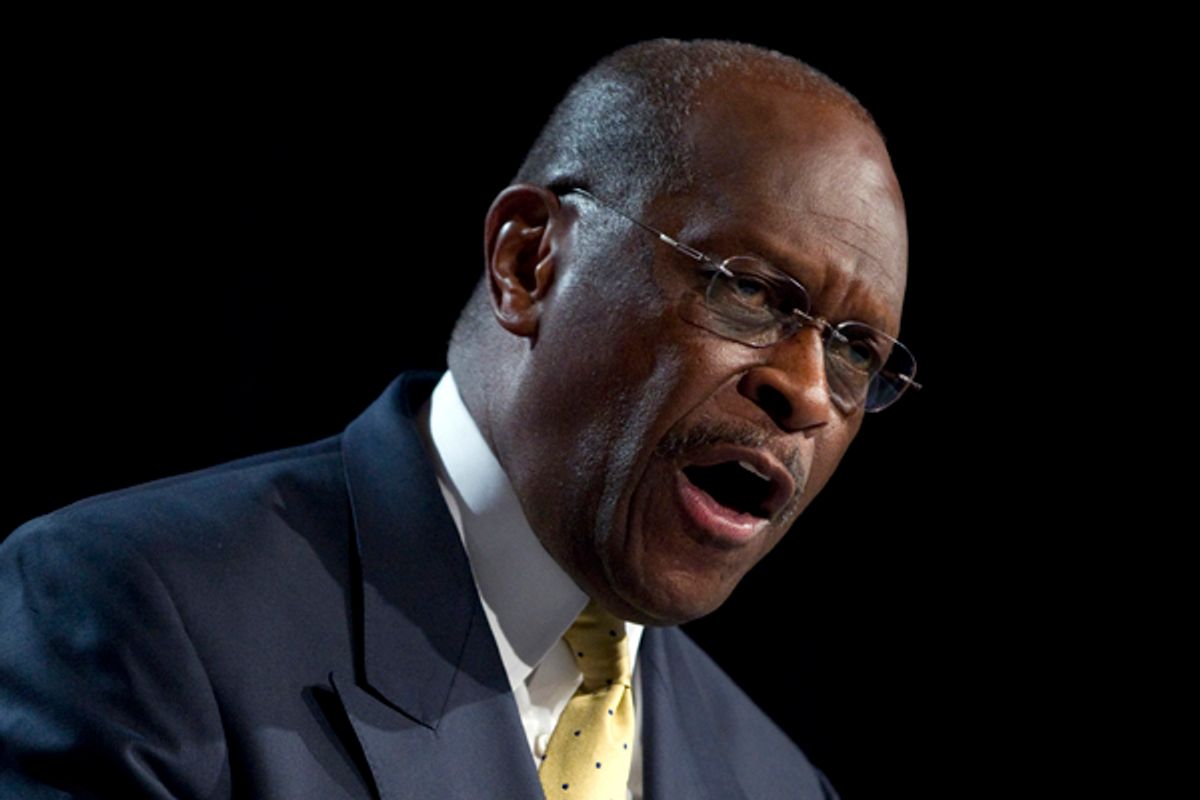 Now that Herman Cain is being taken "seriously" because he is the "front-runner," America's wonk-bloggers have sprung into action, using numbers and logic to prove what is plainly self-evident: Herman Cain's silly 9-9-9 plan is silly.

Ezra Klein, the Washington Post's boy genius blogger, says the tax plan is terribly regressive! He quotes economists and tax policy experts! They have run the numbers! Plus: "There are other problems and oddities in the plan." And Cain the candidate does not wish to go into details! Because his attention-grabbing tax plan that sounds like plain common sense when you first hear about it is not actually a serious proposal by a serious candidate.

Think Progress has Michael Linden, the American Progress Action Fund's director of tax and budget policy, take a crack at the plan. He finds that it will lower taxes on rich people and raise taxes on working people and also increase the deficit. This is because it is a tax plan favored by a Republican presidential candidate.

Kevin Drum rightly points out that the plan is "a joke," after quoting a professor who dislikes the joke. The New York Times actually printed the meta-story behind Cain's invention and use of the joke tax plan.

Klein comes back with a second lengthy post on the plan, once again proving that Herman Cain's silly plan would be bad for everyone if it were a real thing.

Dave Weigel just explains why Republican voters like the sound of this plan (because it punishes lazy non-taxpaying "47 percents" and because it sounds simple). I guess it's important that smart people explain that Herman Cain's simple-sounding tax plan is horrible, but its horribleness seems to be what has made it so popular among GOP voters.

I think Amanda Terkel wins the day with her take on the 9-9-9 plan, which posits that it was borrowed from Sim City.