"The Thing": Loving prequel to a horror classic 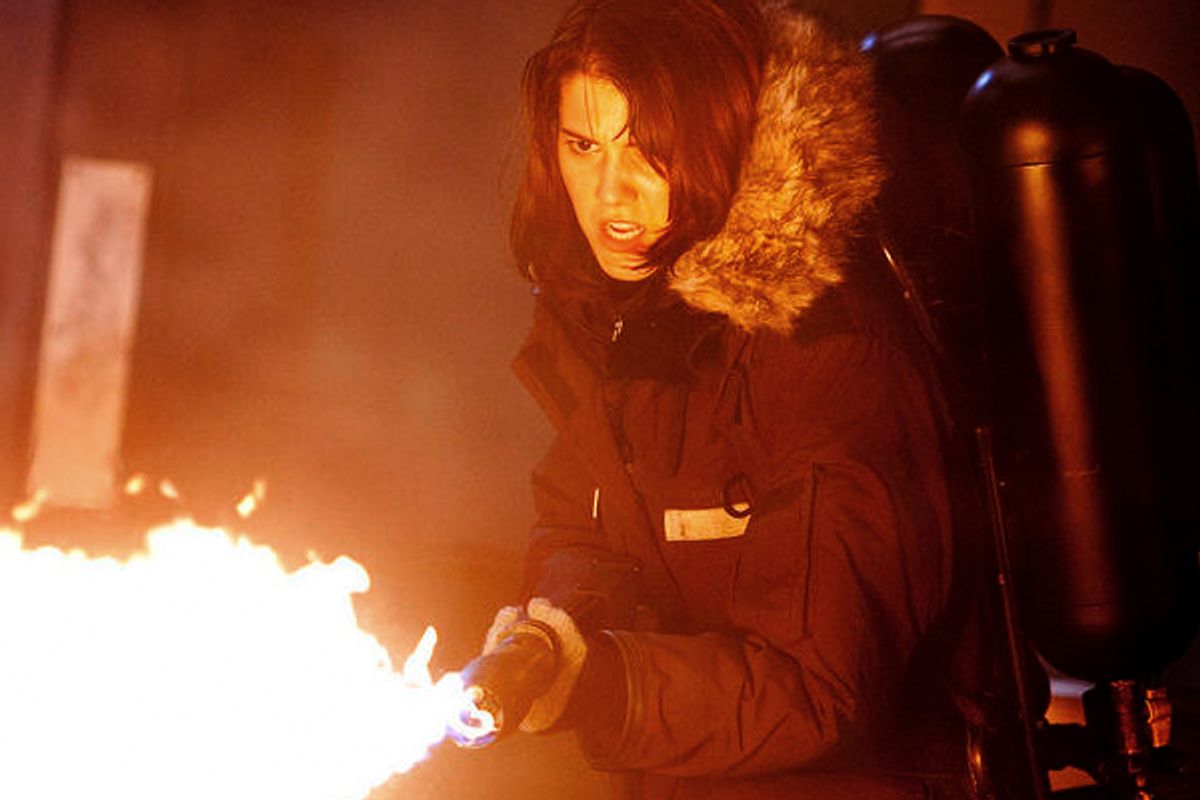 Does the world really need some young European director’s new version of “The Thing,” given that John Carpenter’s 1982 film is universally regarded as a high point in the monster-movie tradition and a masterpiece of claustrophobic, paranoid horror? No, of course not. But the world doesn’t need all kinds of things that it’s got, including Rick Perry and breakfast cereal flavored with peanut butter. You don’t actually need to have a telephone that’s also a little TV set, but you’ve probably got one in your pocket right now.

And here’s the thing: Dutch filmmaker Matthijs van Heijningen’s new movie is a lovingly constructed tribute and companion to Carpenter’s “Thing,” not a knockoff or a replica. It’s full of chills and thrills and isolated Antarctic atmosphere and terrific Hieronymus Bosch creature effects, and if it winks genially at the plot twists of Carpenter’s film, it never feels even a little like some kind of inside joke. Comparing the two films can only be invidious, and I won’t do it; let’s just say that fans of the Carpenter flick should rush out and see this one immediately. (Furthermore, if you haven’t seen the Carpenter film, after I get done lecturing you about what’s really important in life, I will add that this one works perfectly well as an exciting stand-alone.) Considering what an enormous botch-job this project could easily have become, I’m delighted to tell you that the new “Thing” was made by people who understand what the horror audience wants and don’t treat it like a bunch of brain-dead children. Mirabile freakin’ dictu.

Officially, Eric Heisserer’s screenplay for this movie is based on John W. Campbell Jr.’s original short story, “Who Goes There?” -- also the source material for the 1951 film “The Thing From Another World.” But that’s a legalistic dodge not intended to fool anybody; van Heijningen’s “Thing” is a prequel that ends exactly where Carpenter’s begins, with a couple of Norwegians in a helicopter trying to shoot a dog. (Enter dumb Yanks: Aww! Save da poochie!) Can that possibly qualify as a spoiler? I’m not sure, so here’s another one: What those crazed Norsemen dug out of the Antarctic ice a few days earlier wasn’t dead, not even after 100,000 years, and what happened to their research station after that was extremely bad news.

This is van Heijningen’s first feature as a director, but I would venture to guess that he has wasted much of his adolescence and young manhood absorbing the mechanics of horror movies, because he definitely knows his way around. This one has a classic tough female protagonist, in the person of Mary Elizabeth Winstead as a Columbia paleontologist named Kate Lloyd, who is hired by a glory-hunting Norwegian scientist named Halvorson (Ulrich Thomsen) to supervise a mysterious icebound dig site near a Norwegian Antarctic research station. If you’re guessing that Kate is brilliant, but more than that compassionate and sympathetic, while Halvorson is brilliant and totally unconcerned with the welfare of others when it comes to his history-making discovery, you’re ready to move on to the intermediate class.

Heisserer’s screenplay walks a very fine line between almost-campy references to the period – the action is of course set in 1982, when the back page of a magazine announces, “Carlton is lowest!” – and the subtle injection of a more modern scientific context. As in Carpenter’s film, the thawed-out extraterrestrial beastie is a protean shape-shifter that can absorb and re-create other living things, but Kate observes that it behaves much like an infectious virus, and appears to be infinitely divisible and hence virtually impossible to kill. Van Heijningen’s design team of course relies extensively (although not entirely) on digital effects to create the nightmarish monster, which looks like seven kinds of crustacean, a sub-Freudian vagina dentata and a drugged-out medieval monk’s vision of hell, all at the same time. But in many ways their work pays homage to Rob Bottin and Stan Winston’s legendary creature effects from three decades ago; while a level of detail and flexibility is possible now that wasn’t then, the grotesque imagination remains the same.

While this “Thing” features a low-impact cast full of unknown Norwegians, Winstead makes an appealing star, ably supported by Joel Edgerton in the pseudo-Kurt Russell role of a tough-guy helicopter pilot. (His ass-kicking sidekick is played by Adewale Akinnuoye-Agbaje, otherwise known as “the black guy who doesn’t get killed first.”) Thomsen is in fine form as the unctuous and untrustworthy scientist who may doom the entire world to being chewed up and eaten, and Jørgen Langhelle is terrific as a gruff Norse workman who sides with Kate although he speaks no English.

Sure, the second half of “The Thing” devolves (as does Carpenter’s film) into an especially scary but essentially predictable game of hide-and-seek involving flame throwers, disturbingly homoerotic beast-fu and philosophical cum scientific debates about who is and isn’t human. But Heisserer and van Heijningen’s puckish take on the famous blood-test scene in Carpenter’s “Thing” is both tense and hilarious, and even at its most repetitious, this “Thing” is never less than a competent, confident claustrophobic thriller. We even get to see inside the Thing’s 100,000-year-old spaceship, which raises wacky questions the movie doesn’t try to answer: Is it intelligent? Is its civilization still out there somewhere? Could it communicate in some way that doesn’t involve digesting and copying us, if it wanted to? Seriously, though, Universal Pictures, let’s not go there. We all dodged a bullet with this film, which against all odds announces the arrival of a promising young genre director. Let’s not push our luck.