By cutting food stamps and blocking smog regulations, Washington has a hand in killing thousands 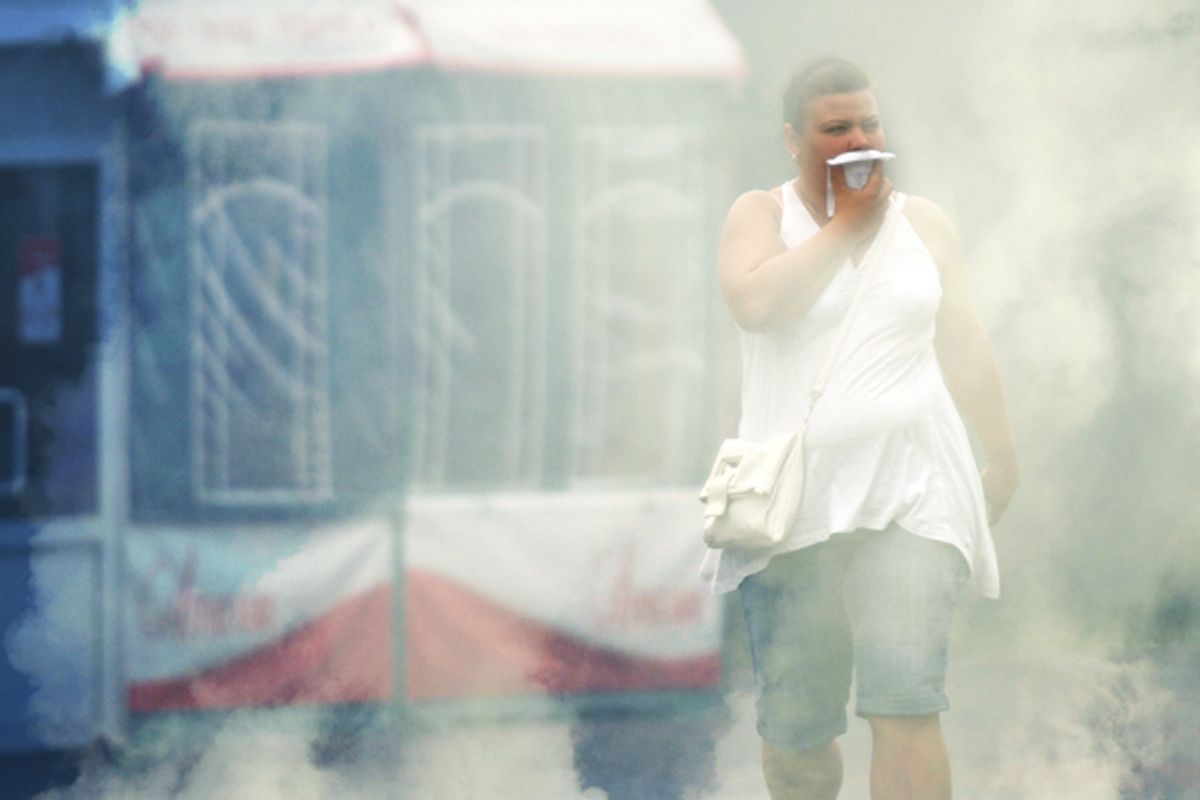 Remember the good ol’ days when Republicans were running around the country screaming that the Democrats’ proposal to fund voluntary end-of-life counseling would somehow create a government-sanctioned death panel? Oooh boy, the heartland was ablaze back then. Racked by anger at a Democrat occupying the White House, an enraged middle America was genuinely scared about the prospect of a secret group of bureaucrats putting together a "kill list” of citizens deemed to be too much of a nuisance.

The fears, of course, seem rather quaint these days. The notion of a White House bothering to request the statutory authority to execute troublesome Americans is just so...2009. After all, last week we learned from Reuters that fellow countrymen labeled "militants" by the Obama administration are now unilaterally placed on a "kill list" by "a secretive panel of senior government officials."

Unlike Republicans' fantastical stories about phantom death panels in the sub-basements of obscure public health agencies, this is a real-life death panel inside the highest governmental office in the land -- and, according to Reuters, it acts without "any law establishing its existence or setting out the rules by which it is supposed to operate."

This neo-Star Chamber is wholly unprecedented in its willful violations of the U.S. Constitution’s due-process provisions -- and our Congress’ refusal to even question it is utterly detestable. However, it reminds us that government death panels in general are anything but rare. They are all around us, making blood-curdling decisions to kill people all the time.

For example, at the state level, the death panel commonly called the Georgia Board of Pardons and Paroles recently opted to execute Troy Davis, despite compelling evidence calling his conviction into question. Similar death panels continue to operate inside the criminal justice bureaucracies of other states, even as more questions emerge about the fairness and accuracy of America's capital punishment system.

Likewise, at the federal level, Washington, D.C., has become a city of death panels.

For instance, the death panel known as the U.S. House Agriculture Appropriations Committee, despite having seen the latest news of the listeria outbreak, is right now trying to slash funding for food inspections. That effectively continues to sentence 3,000 Americans a year to death via food-borne illness. Additionally, this very same death panel is also considering cuts to food stamps at a time when Louisiana State University researchers report that between 2,000 and 3,000 elderly Americans are already dying of malnutrition every year. Meanwhile, a separate death panel inside the Obama administration last month opted to block a proposed Environmental Protection Agency regulation to reduce smog -- a move guaranteeing that the pollutant will continue to annually kill thousands of Americans.

Even the assembled ambassadors at the United Nations often act as a grand death panel in crafting international policy. Last month, in fact, these diplomats were asked to pony up more aid to fight the East African famine, and so far, that aid has not been forthcoming, potentially allowing 750,000 starving Somalis to die.

The point here is that politicians never have to make up stories about death panels that don't exist when we're living in the age of government-by-death-panel. We just don't notice many of them. Why? Because for all the manufactured anti-death-panel hysteria surrounding the Obama healthcare bill, we've come to accept that our political leaders are now regularly making blood-soaked decisions that cost people their lives.

Over time, that has made the most coldly calculating death panels all but invisible to us -- and regardless of whether that acquiescence is subconscious or not, it undoubtedly represents an ugly form of complicity.