John Boehner totally owned Barack Obama on the phone, according to Boehner 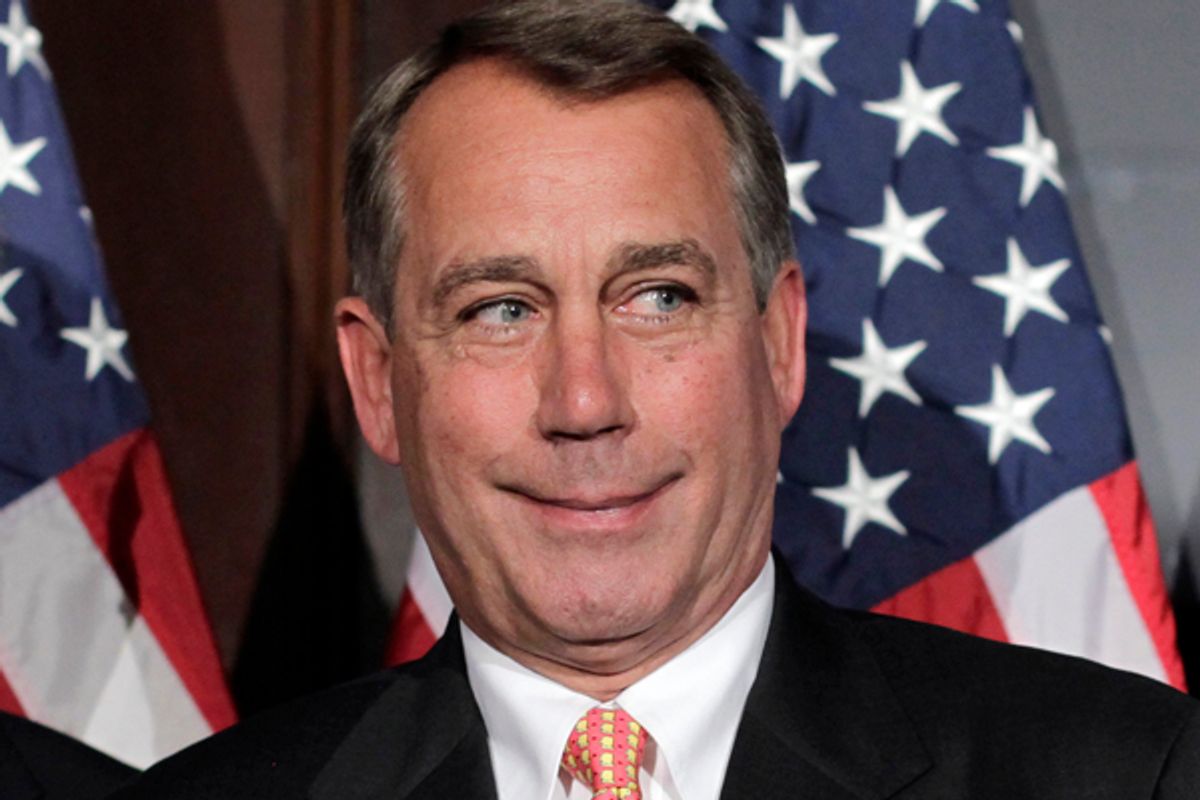 John Boehner wants everyone to know that he gave the president what-for yesterday. Boehner is a fairly ineffectual House Speaker who has on multiple occasions held important votes that he has lost embarrassingly. But while he may not be able to control his caucus, he can certainly let everyone know that he yelled at Barack Obama. That's why the Speaker's office released "an unusually detailed account" of his phone conversation with the president to the press.

The president had called Boehner to congratulate him on passing those pointless trade agreements. But Boehner wanted to talk about how Obama had accused the GOP of not having a jobs plan. That won't fly with hard-charging House Speaker John Boehner! According to Boehner's summary of how cool and in control he was on the phone, Boehner had no time for these congratulations. "I want to make sure you have all the facts," Boehner said, according to Boehner:

“The speaker told the president that when he sent his jobs plan to the Hill, Republicans pledged to give it consideration, and have done so,” the release stated. “The president was reminded of a memo written by GOP leaders outlining the specific areas where they believe common ground can be found. The Speaker also noted that a number of the president’s ideas have already been acted on in the House, including a veterans hiring bill, trade agreements, and a three percent withholding bill approved by the Ways & Means Committee today that will be considered on the House floor this month.”

According to Boehner's account of the call, Boehner then put on sunglasses and got on a motorcycle. Also he was smoking the whole time, coolly. Then Boehner continued not holding votes on anything important while Eric Cantor repeatedly and blatantly undermined him to the press and the most conservative members of their caucus.