The HIV-positive protester says the officer should get tested 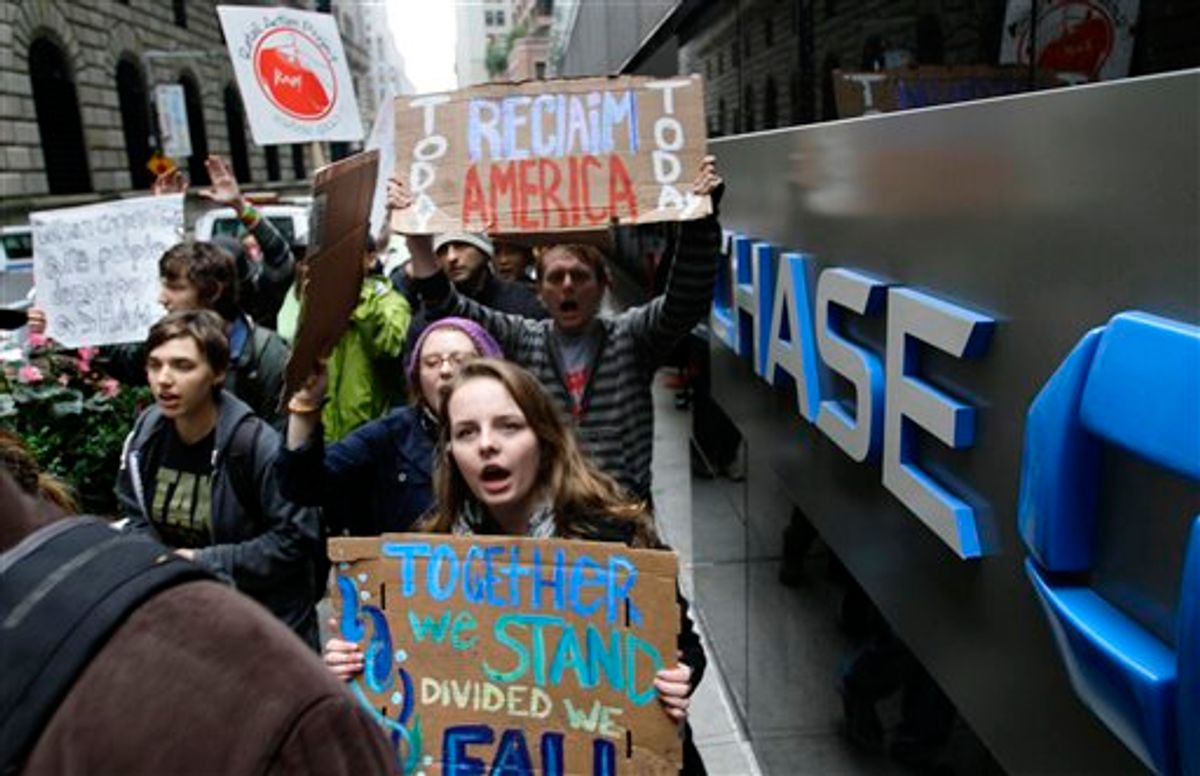 During an Occupy Wall Street march this morning, a white-shirt police officer reportedly, and with little provocation, punched a protester on the side of the head. The Gothamist blog tracked down the protester, named Felix Rivera-Pitre, to ask him what happened.

Rivera-Pitre, who is HIV-positive and used to be a dancer, tells us he was walking a little bit in front of the police on William Street, and admits he "shot the cop a look." But then, according to Rivera-Pitre (and this is in line with what we witnessed), "The cop just lunged at me full throttle and hit me on the left side of my face. It tore my earring out. I remember seeing my earring on the ground next to me and it was full of blood. I was completely dumbstruck. I'm HIV positive and that cop should get tested." [Emphasis in original post]

Officers reportedly tried to apprehend Rivera-Pitre after he was struck, but other protesters managed to pull him away before he could be apprehended.

Update: The Street just posted video of the incident. Although the image is grainy, you can clearly make out the officer running up behind Rivera-Pitre, spinning him around, and winding up to hit him, all in the first few seconds of the clip.