Across the country 40 more arrests at demonstration sites 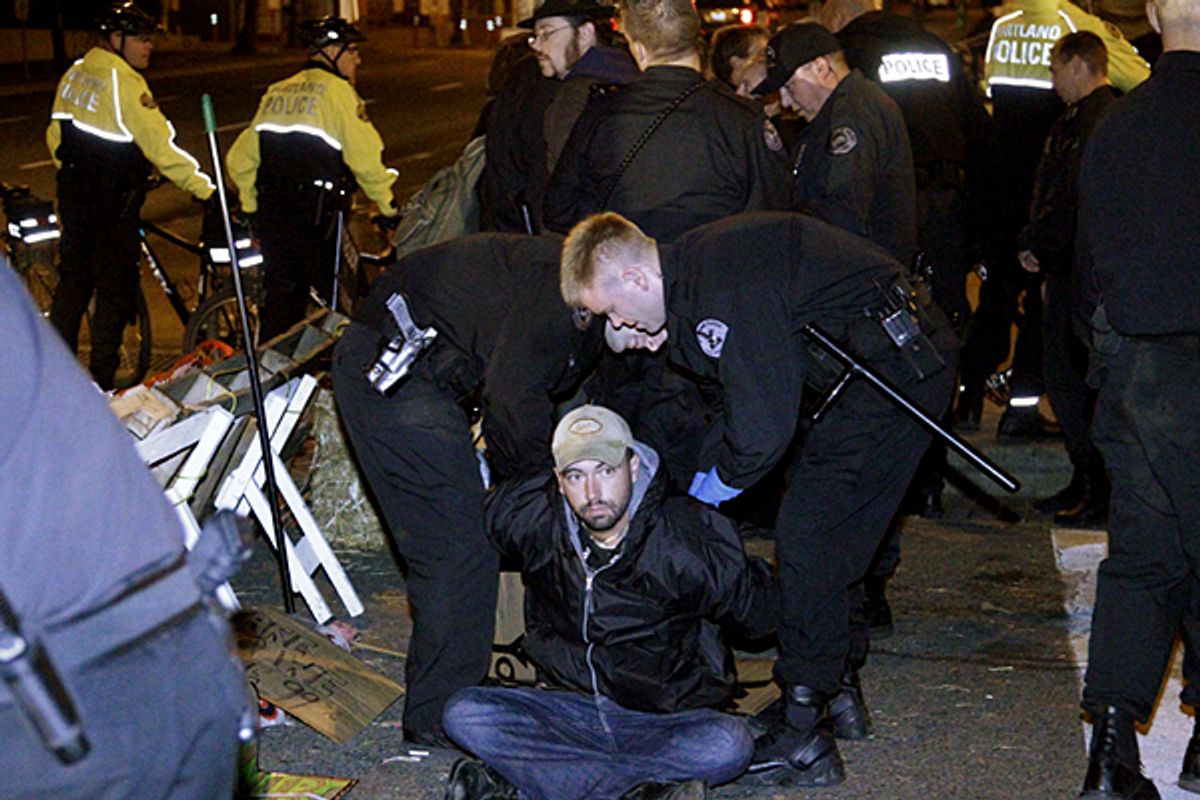 Is the Occupy Wall Street movement touching a nerve?

For whatever reason, elected officials and police departments nationwide seem to be losing their tolerance for the burgeoning anti-corporate movement. From New York to Des Moines to Seattle, demonstrators find themselves being denied permission to gather and facing arrest. While New York authorities backed off plans to conduct a sweep of Zuccotti Park, seemingly uncoordinated police actions in five other cities have resulted in at least 40 arrests in the past 30 hours.

In Denver, Gov. John Hickenlooper, a Democrat, said on Thursday morning that the protesters had to pack up and leave on Thursday night. When they didn’t, police removed an encampment near the state Capitol at 3 in the morning and arrested 23 people.

In Portland, Ore., police arrested eight demonstrators for blockading Southwest Main Street, one of the city’s major traffic corridors. On Wednesday night, Occupy Portland demonstrators voted to allow buses, bikes and emergency vehicles to pass through while blocking regular traffic. That wasn’t good enough for police, who removed the demonstrators this morning. The Portland police said they had no plans to remove two other occupation sites in the city.

In Seattle, the previously lenient police began enforcing a ban on overnight camping. At least four people have been arrested.

Four people were also arrested in Austin, Texas, after they refused to make way for powerwashing crews sent to clean the plaza in front of City Hall where nearly 50 people, most of the University of Texas students, had gathered. The students said they feared the cleaning of the plaza was a pretext for ending the occupation.

In San Diego, police told demonstrators they had to move away from an occupation site near City Hall by midnight tonight or face arrest. One person has been arrested there.

In Des Moines, Iowa, demonstrators at the state Capitol have overstayed the three-day permit that officials say is usually extended to overnight campers, raising the prospect of more arrests tonight.