Pick of the week: By the shores of California's dead sea

Pick of the week: Docu-musical hybrid \"Bombay Beach\" captures life on the bottom rung of the American dream 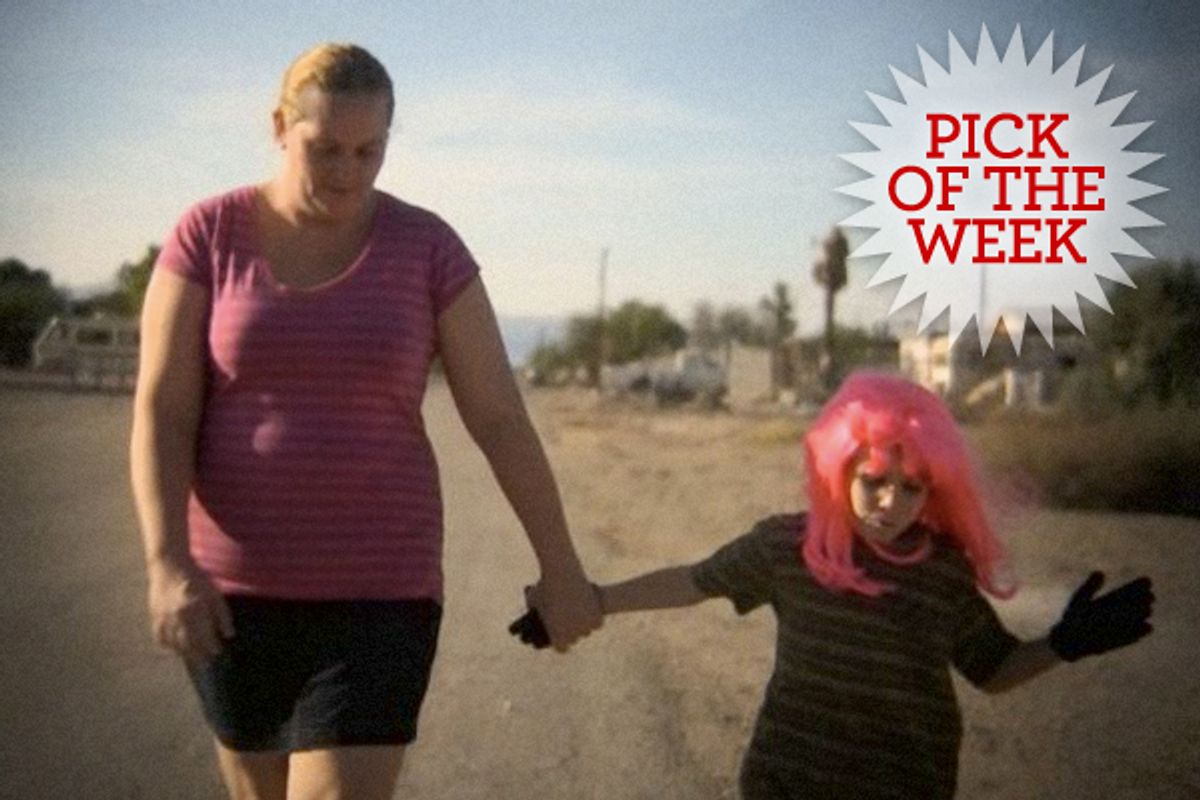 Anybody that's ever seen the Salton Sea understands why writers, artists and filmmakers of a certain disposition are drawn to the place. A landlocked, increasingly saline inland sea in the Southern California desert, three hours or so east of Los Angeles, the Salton was created by accident early in the 20th century, when the Colorado River burst its canal gates. It's one of the world's largest inland seas located at one of the lowest points on the planet (more than 200 feet below sea level), and while it enjoyed a brief development boom in the years after World War II, today it presents a vision of almost unparalleled decrepitude and isolation, a post-apocalyptic landscape worthy of the late science-fiction pioneer J.G. Ballard. (By pure coincidence, reporter Evelyn Nieves visited the Salton Sea's shores for a Salon cover story published earlier this week.)

"Bombay Beach," the filmmaking debut of Israeli-born photographer and video artist Alma Har'el, was shot in that extraordinary and desolate place, but it isn't the wry, sad documentary you might expect, about the historical rise and fall of the Salton Sea. (That movie exists, narrated by John Waters! It's worth seeing: "Plagues & Pleasures of the Salton Sea.") Har'el is after something much more difficult to quantify, a poetic blend of documentary and experimental film that will delight some viewers and drive others completely bats. In exploring the lives of three unconnected male Americans she finds living by the Salton Sea, in conditions of near-desperation, Har'el suggests that there's a fundamental mystery and dignity to these people we will never otherwise know or notice.

It's tempting to describe these three guys' heartbreaking case histories with grand metaphor: three generations of the California dream, washed up on the shores of a dying lake! Youngest of them is Benny Parrish, a hyperactive 7-year-old whose parents are locally notorious ex-convicts, famous for their stockpiles of military hardware and explosives. While the Parrish household may leave something to be desired in terms of order, cleanliness, mealtimes, bedtimes and virtually every other aspect of civilized behavior, Benny's parents unquestionably adore him and are doing what they can. Like zillions of other American kids, Benny has behavioral problems (and possibly a serious mental disorder) that is controlled with powerful pharmaceuticals that leave him tranked-out and drooling. He's a cheerful and imaginative little buzzhead who's had several of the most screwed-up things about our country land on him at once: crappy parenting plus crappy healthcare plus mind-altering drugs being handed out like Halloween candy plus the bizarre birth-lottery result of living in Bombay freakin' Beach.

Har'el's next subject is an African-American teenager named CeeJay, a relentlessly upbeat character who moved from South Central L.A. to his father's house in Bombay Beach after his cousin was killed in a gang dispute. Living in the middle of nowhere is part of CeeJay's master plan, which involves getting a football scholarship out of his nowheresville high school and then moving on to NFL stardom. It doesn't much matter that the last chapter of that scenario is very unlikely, because CeeJay is a hard worker and a people-pleaser who should do fine. He's dating his best friend's sister -- and fending off her manipulative ex-boyfriend's sexting blackmail attempts -- trying to push up his grades, talking to scouts from small colleges.

Last of all comes Red, a grouchy but seemingly indestructible octogenarian who lives in Slab City, the trailer-park encampment also found in Evelyn Nieves' story for Salon. Red survives a stroke and gets back to his daily routine of bourbon and cigarettes. He makes extra money by reselling bootleg smokes from the Indian reservation to his trailer park neighbors, and even he admits that's a little sad. Red has the racist views common to his generation -- he wouldn't approve of CeeJay and his white girlfriend, if he knew them -- and doesn't entirely seem to regret the fact that he's got children he hasn't seen in 50-odd years, and quite likely grandchildren and great-grandchildren he'll never meet. He's a genuine John Wayne and/or John Steinbeck American, bereft of introspection or sentimentality, pushing straight ahead into what's left of his life with a terrible Zen implacability.

It takes a while for these portraits to emerge out of an 80-minute movie that follows no obvious linear track but unfolds in impressionistic and often achingly beautiful fragments, with a soundtrack that includes two Bob Dylan songs and several by Zach Condon of the band Beirut. You could certainly argue that Har'el drafts these three guys to star unpaid in a non-narrative video essay that may carry a certain resonance of authenticity among the culture consumers of New York and L.A., but really has no meaning for them. I don't actually agree with that; even at its most choreographed and expressionistic -- when Har'el has children dancing in the streets of Bombay Beach, a seaside hamlet of 300 people, or poses CeeJay and his girlfriend in white plastic Carnival masks -- "Bombay Beach" feels infused with tremendous compassion, and paints a half-accidental portrait of life near the very bottom of the recessionary pyramid.

But here's the thing: People may well read reviews like this one and decide that "Bombay Beach" sounds too weird and depressing and not go see it. But if Har'el had made a strict, rigorous cinéma-vérité documentary about the people unfortunate enough to live by the Salton Sea, nobody'd go see that either. So there we are: You either like this kind of ambitious, brave, borderless experiment or you don't, and I think it's absolutely magical and tragic. Maybe it took a foreign-born Jewish filmmaker to make a movie that seems so positively biblical -- and even Christian, in an old-school, Sea of Galilee, sermons-in-the-desert sense of that word -- about the current condition of America.

"Bombay Beach" is now playing at the IFC Center in New York, and opens Oct. 21 at the Laemmle Sunset 5 in Los Angeles, with more cities and dates to follow.