Rick Perry really isn't good at being a candidate 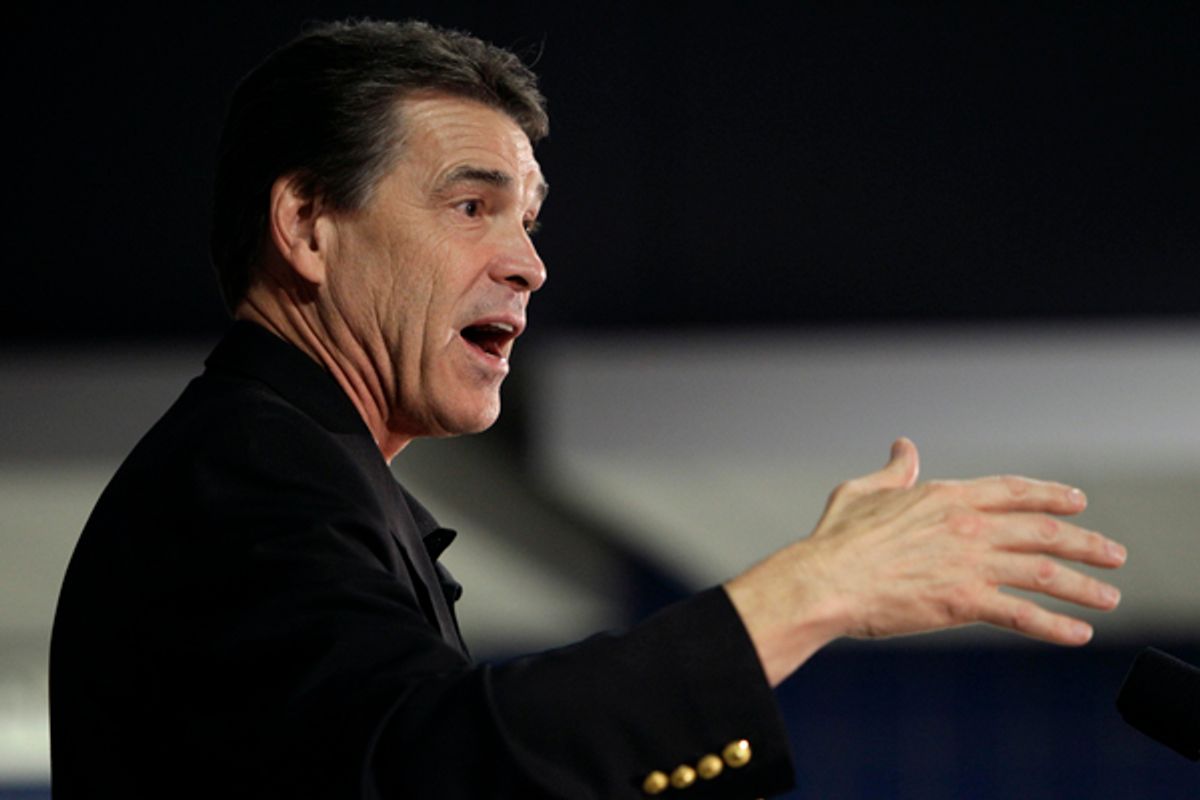 Rick Perry, who is running in an increasingly distant third place in Republican presidential polls, just delivered a major speech outlining an energy policy that he said would add "over a million good-paying American jobs across every sector of the economy." The address, which he made at a steel plant near Pittsburgh, was supposedly the first phase of the rollout of Perry's complete economic plan.

The content of Perry's energy plan is pretty much what you'd expect from a Republican running for president today. It was heavy on EPA-bashing, with vows to save jobs by slashing regulations and making "the environmental bureaucrats stand down." The centerpiece is a call to radically expand oil drilling offshore and in Alaska through a series of executive orders, something that Perry said would add 1.2 million jobs to the economy.

Will this speech do much to help him? My guess is probably not. It was serviceable, and Perry is better at reading a speech than he is at responding to questions at debates, even if that's not saying much. Mostly, though, this sounded like the sort of thing that could have worked well for him a month ago, back when he was the clear front-runner and Republicans were far more eager to give him the benefit of the doubt. But now that he's faded so badly, he needs a lot more than the benefit of the doubt.

In fact, what's most notable about Perry's speech is probably how late he was in delivering it. Think back to Tuesday night, when the GOP candidates held a two-hour debate on economic policy. It was a big moment for Perry, the first debate since his September 22 debacle in Orlando and a chance to win back the confidence of Republicans who were openly questioning his competence as a candidate. But on literally the first question of the night, when Perry was asked what he'd do to break through Washington's gridlock and help the economy, he simply said that he'd be offering a plan in a few days. Pressed by the moderator to provide some details, he pointed out that he'd only been a candidate for eight weeks. That's pretty much how the whole night went; Perry had very little to say.

In other words, he basically wasted a debate that may have amounted to a do-or-die test for his candidacy just so he wouldn't step on a speech he finally got around to delivering this morning.