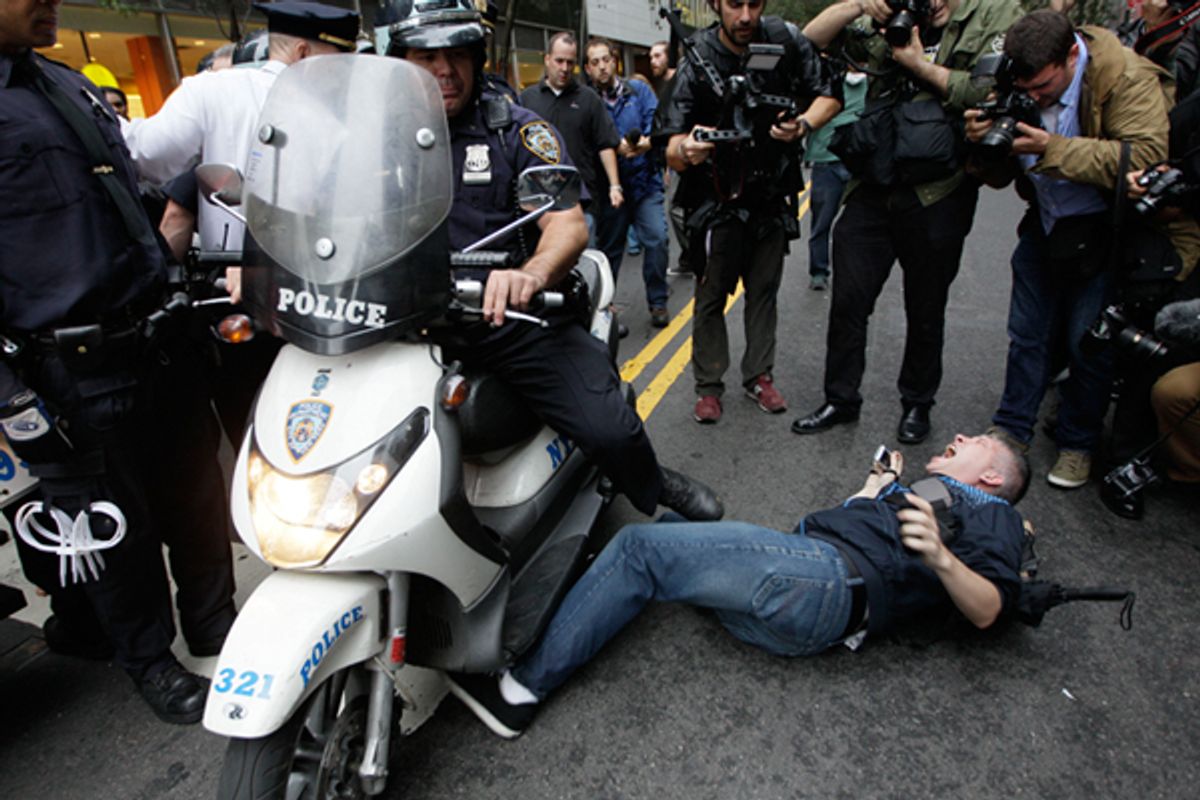 A National Lawyers Guild observer was reportedly run over by a New York City police officer on a motorcycle this morning. Images of the incident, including this one (which was tweeted by documentarian Dustin Slaughter) have been circulating rapidly via social media. (CBS posted a photograph of the moment from a different angle, which you can see here.) The video below, published by the New York Times' East Village blog, appears to show the incident from a distance. The Guild observer is wearing a navy blue shirt with light blue shoulders:

OWS_PoliceScooter from The Local East Village on Vimeo.

Update: Gothamist reports that the National Lawyers Guild has confirmed that the man who was run over by the NYPD scooter is one of their observers at the scene at the protests.

Attorney Gideon Oliver, a member of the National Lawyers Guild, confirms that the man seen in this harrowing video is in fact a legal observer for the NLG, and that he was arrested and then hospitalized. He's currently in police custody in the emergency room.