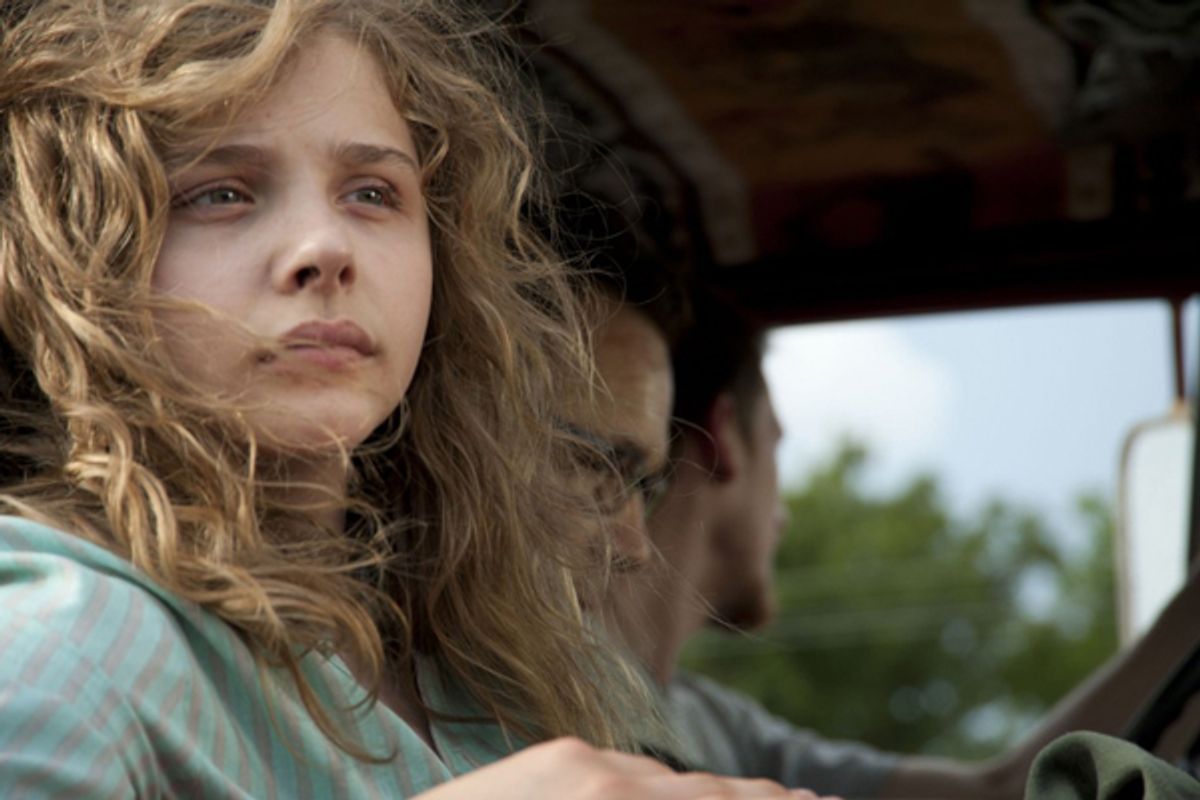 Atmospheric and creepy, with several strong acting performances and an overdose of hard-boiled angst, the serial-killer drama "Texas Killing Fields" is clearly the work of a raw but talented young director. In this case that director comes with a recognizable last name and a whole bunch of connections: Ami Canaan Mann is the daughter of Hollywood heavyweight Michael Mann ("Miami Vice," "The Insider," "Heat," et al.), who serves as her principal producer here. The younger Mann has been trying to develop her own filmmaking career for at least a decade; she made the little-seen feature "Morning" in 2001, and has directed several TV episodes. If "Texas Killing Fields" is something short of a breakthrough, it's an intriguingly murky B-movie that should satisfy genre buffs.

Don Ferrarone's screenplay takes a few shreds of real-life superstition about the bayous of south Texas and spins them into a Gothic fable about an uneasy triangle of violent cops, a troubled little girl, a bunch of inbred backwoods yokels and a string of unsolved murders. Mike Souder (Anglo-Aussie hunk Sam Worthington) is a hard-ass local boy and cop's kid, while his partner in the Texas City P.D. is an exiled New Yorker and haunted family man named Brian Heigh (the underappreciated Jeffrey Dean Morgan, who steals the show). Jessica Chastain plays Pam Stall, a pint-sized detective from a neighboring jurisdiction who favors tight designer jeans and punching out lowlifes, and who used to be married to Souder, with results that were apparently unpleasant for all.

There's a whole lot of slow-burn resentment between these people, a bunch of swearing and drinking, a lot of shots of flat Texas roads and snaggle-treed swamps in the rain (cinematography by Stuart Dryburgh), and then every so often a mutilated woman turns up in the bayou. The detectives make charts on the walls and interview suspects and all that, but the plot is really tough to follow and then anyway the killer turns out to be who you thought it was all along. Chloë Grace Moretz, the teen actress who's suddenly in every movie, plays Little Anne, a vulnerable, stringy-haired kid who lives in the Worst Family Home of All Time; to describe her mother as a hooker would be an excessively polite euphemism. We're pretty much just waiting for the moment when the bad guys kidnap her and take her to their secret torture lair so Souder and Heigh can come out and look for her all by themselves, with no backup and no cell phones.

If the movie as a whole doesn't make a lot of sense, it's enjoyable to watch, and Mann has plenty of chops when it comes to weird little set-pieces and outrageous supporting characters. Worthington should have worked on his Texas accent a little harder (I noticed two or three spots where it slips), and Chastain doesn't have much to do except kick ass and look cute. It's Morgan who has the brooding, haunted, middle-aged guy thing on a low boil; I'm sorry to say this, but he's fully a character from a Michael Mann movie. There are great tiny bits from Sheryl Lee as Little Anne's slutty mom, Annabeth Gish as Heigh's wife and Jason Clarke and Jon Eyez as a truly terrifying salt-and-pepper criminal duo. Ami Mann works well with actors and captures these downscale, threatening locations with grit and veracity. Next time around, she might be better off avoiding her dad's propensity for mythic or symbolic subtext and working on basic storytelling.