When I got melanoma at 13

My freshman year was consumed by medical worries. Only later did I come to terms with what it all meant 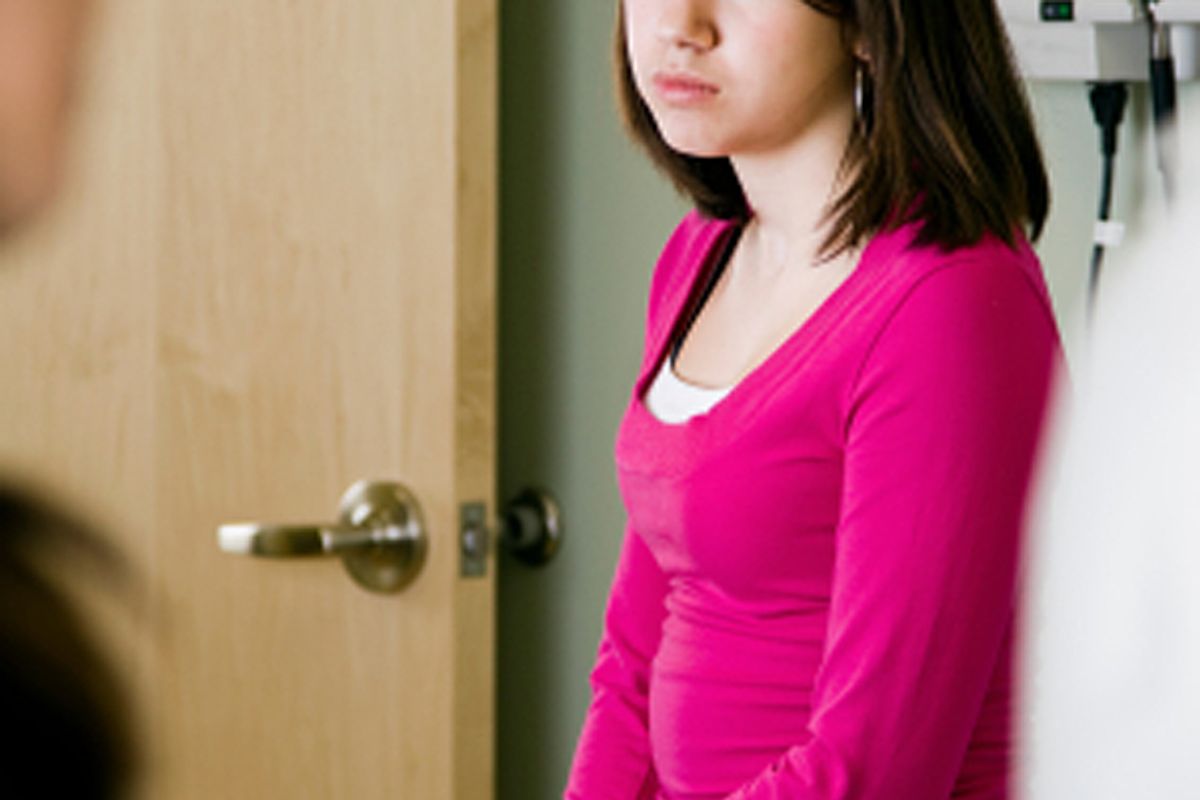 I first noticed it on the evening of Andy's bar mitzvah: a bluish-black rounded growth on the smooth skin above my left shoulder blade. It clashed with the spaghetti-strapped Hawaiian print dress that I had picked out. I was a shy eighth-grader, just 13 years old; concealing it from my crush was my biggest concern. I didn't even think to tell my parents until months after.

Nearly a year later, I was in Dr. Mazin’s office with my mom, waiting for my lab results. It was my first week of high school.

The waiting room smelled of stale antiseptic fluid and plastic, curled magazines warmed tables, and several potted plants were gathered together in a corner. We sat down between an older, arthritic man, and a young 20-something in a business suit. I held my mom’s restless hand and stared across the room: a plant in the fish tank wavered slightly as a blue-finned tetra swam by.

We were summoned to patient room number three, and after a few minutes Dr. Marzin entered. He had my lab results: It was malignant -- melanoma. He told us we'd have to schedule another surgery; as he discussed lymphectomies, my mind wandered. I wondered what would have happened if I had just gone to the dermatologist – earlier, before the mole had grown.

In the car on the drive home, I noticed my mom crying at the wheel. She stared silently ahead, moving only to adjust her rear-view mirror.

I don’t remember the details of the surgeries I had that week; national tragedies matched up all too closely with my diagnosis. Most people think 2001 and they think September. For me, 2001 means late August. It’s the reason I don’t sweat under my left arm – the lymph nodes are gone – and the reason that every new mole I discover and every sunburn I get sets off a mini-existential crisis. It's probably the reason I think about death on a near-daily basis.

Freshman year is a blur. I know that I had to skip volleyball practice for months, and that I couldn’t lift up my left arm for a year afterward. But I can’t picture much of it.

With time, the reality of the melanoma faded and my high school life took a relatively normal course. The summer after my sophomore year, my friends and I participated in the local Relay for Life to benefit the American Cancer Society. I signed up for social reasons – all my friends would be there. I never felt like I had real cancer.

Early in the day, my friend Sarah asked me the inevitable question: "Are you gonna head over to the survivors’ table?”

I looked over at the purple tent a hundred yards down the track. If I get a shirt, people will know. I’ll have to talk about it.

As we walked over to the tent, I felt a rush of anxiety. Every time I discussed my cancer, I felt like I was cheating. I never had chemotherapy; I never lost my hair; I only missed a few days of school.This is going to be so awkward. People from school are here.

At the survivors’ tent, a middle-aged woman in a Relay for Life T-shirt greeted me warmly:  “Hi, hon, are you a survivor?”

“Yeah, she had melanoma!” She offered. I blushed.

The T-shirt was a bright purple version of the one we'd all received that morning, with the word SURVIVOR printed boldly across the back. There was no way to wear it quietly.

“We’ll be doing survivor testimonials on the main stage around 3," the middle-aged woman told me, "and there’ll be a survivors’ lap around the track at 3:30. Be sure to join us then!”

Later, I watched the other survivors go up one by one, telling their stories into the microphone. Most of them were older women, probably breast cancer survivors. I couldn’t bring myself to do it; I didn't feel like I had anything to say.

When the last speaker had finished, a representative from the ACS came on stage to thank everyone for their participation and courage.  She asked for a moment of silence before releasing a cage of doves. Then she announced that it was time for the special lap for survivors and their families.

I didn’t want to do the survivors' lap, because I didn’t feel like one. But Sarah goaded me; she and her mom, who had also survived cancer, would walk with me. Soon the rest of our friends joined in. I had no choice but to grab my T-shirt, pull it on over my hoodie and join the sea of purple-clad relay participants. I noticed some of our other classmates  giving me puzzled looks. I hadn’t publicized my melanoma; only my closest friends knew about it. A crowd from our high school had gathered, and some of them were cheering. I looked at the ground while we walked, hoping it would be over quickly. When it did, I tore the T-shirt off and rejoined my group.

Later that night, white paper bags lit with candles were set up on the bleachers, lit by volunteers to spell out the words LIFE and HOPE. Individuals donating a dollar to the Cancer Society could decorate their own paper bag luminarias to line the track with messages to friends and relatives affected by cancer.

After the candles were lit, I walked with a few friends, reading the words of our fellow participants. Each bag had a handwritten message; some were inscribed with words of inspiration, others with words of grief. Some just had names written on them.

Halfway around the track, I stopped in front of a colorful bag. Spelled out in loving blue crayon were the words: Jessica, our darling daughter, we miss you more every day – Mom and Dad. RIP Jessica Brown, 1983-1998.

Before I could stop myself, my eyes were wet, mascara was running down my cheeks. Sarah put her arm around me. Our friend Nikki joined us, and the three of us continued around the track, arms linked. I hadn’t felt this way since that drive home from Dr. Mazin’s office almost two years before. I didn’t want to imagine my mother crying again, but I couldn't get the image out of my head. I held on tightly to my friends, suddenly aware that I had survived.