He probably does know what the neoconservative movement is, but it may not matter 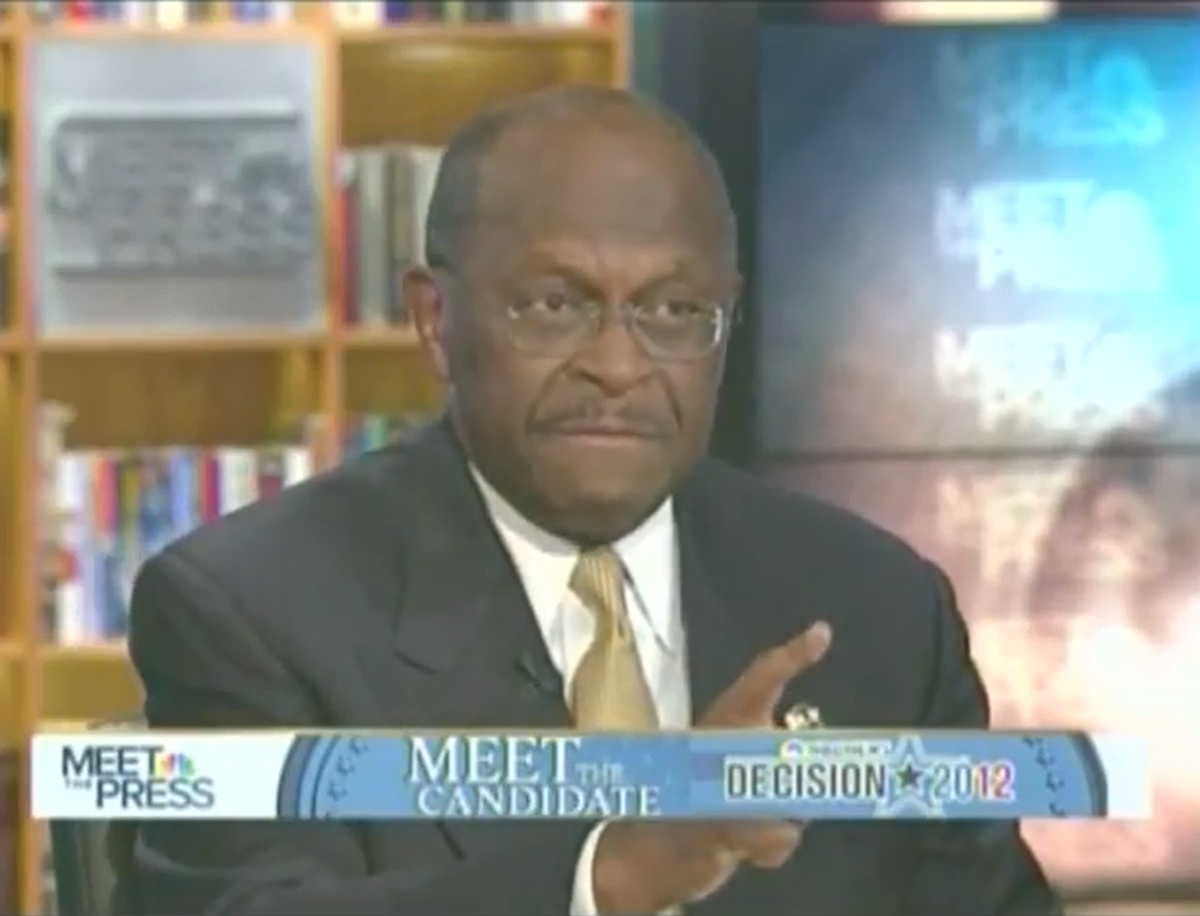 For good reason, the political world was watching closely when Herman Cain sat down for an interview on "Meet the Press" this morning. The man who is now running in first place in the Republican presidential race had previously shown clear blind spots on some basic policy topics, particularly relating to foreign affairs, and seemed ill-suited for the type of grilling he was about to face.

And to judge from the headlines around the web now, the interview simply proved the point, with Cain apparently revealing that he has no idea what the term "neoconservative" means. This is the result of Cain's response to a question from David Gregory about whether he considers himself to be one:

GREGORY: But you're familiar with the neoconservative movement?

Pundits are now filleting Cain for, as Politico's Ben Smith put it, his "apparent unfamiliarity with a key ideological strain of the last decade." But I don't think this is fair. It seems much more likely that Cain was simply rejecting the legitimacy of a term that tends to function as a pejorative. This is a point of sensitivity for many of those who are labeled as neocons. For instance, James Kirchick wrote an essay several years ago decrying how in the years after 9/11 the term  "has mutated into a political curse word to discredit not just those who happily accept their status as neoconservatives, but also anyone who merely believes that the West should respond in muscular fashion to national security threats." So it seems more plausible that Cain, aware of the negative connotations of "neoconservative," was simply seeking to avoid the label and to define himself in more focus group-friendly language -- sort of like a Democrat who insists on being called a "progressive" instead of a "liberal."

The giveaway, I think, comes in how Cain didn't miss a beat in drawing his neoconservative/conservative distinction. As a point of reference, it's worth watching Cain's appearance on "Fox News Sunday" earlier this year, when he was clearly unprepared for a question about the Palestinian right of return. It comes at around the 1:15 mark in this video:

Cain seems genuinely stumped at the question, and has no idea how to handle it. Contrast that with how quickly he fielded Gregory's question this morning:

This seems like a politician trying to avoid a label, not one who's just been caught in a moment of ignorance.

That said, there's still a potentially big problem here for Cain. Those who have been watching the campaign closely, in the media and within the Republican Party, have long assumed that (to put it bluntly) Cain knows almost nothing about foreign policy. (In his post at Politico, Smith provides a fairly concise explanation for why this is.) The instant, widespread assumption that he'd been caught unprepared by Gregory is a consequence of this; the political world expected Cain to screw up on MTP and was not looking to give him the benefit of the doubt. So while Cain may not actually have committed a gaffe, his answer to Gregory may still have the effect of a gaffe on his campaign.