On the eve of the next GOP debate, a survey puts Mitt Romney and Herman Cain in a dead heat 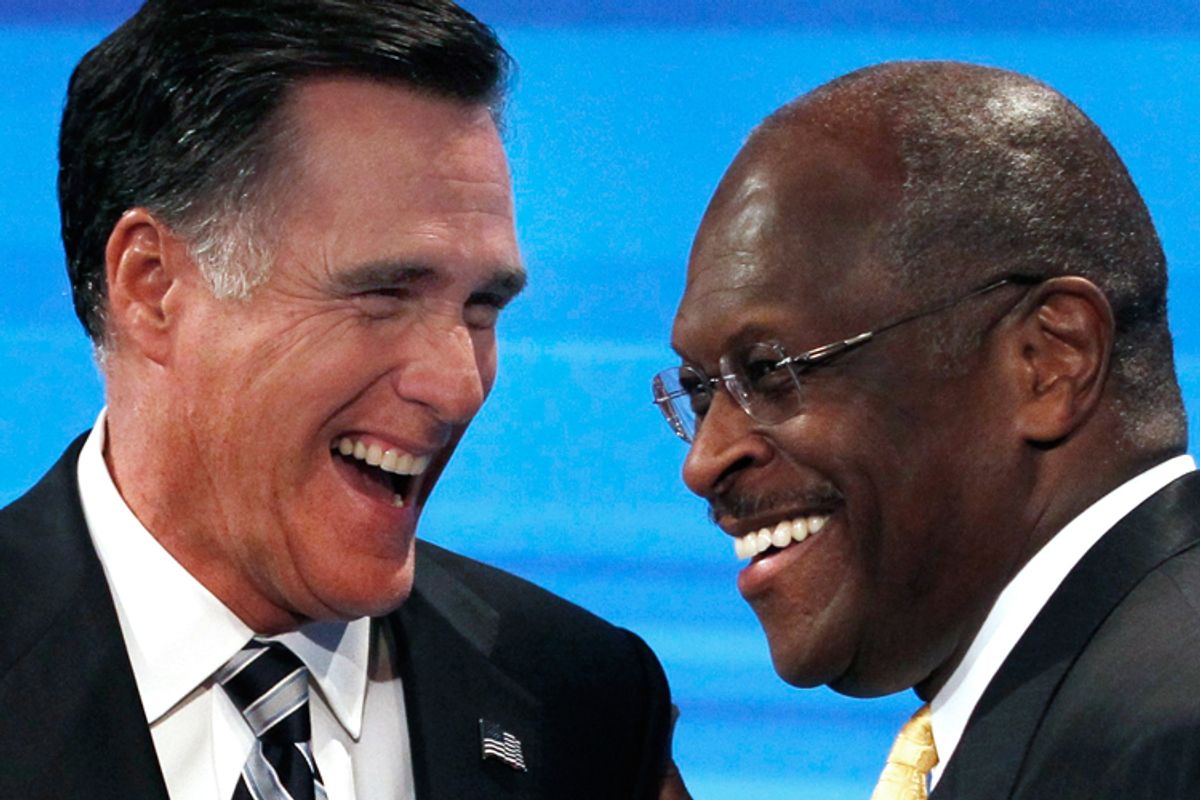 Mitt Romney and Herman Cain are locked in a dead heat atop the GOP presidential field, with Rick Perry lagging far behind and everyone else in single digits, according to a new survey just released by CNN and ORC International.

The poll actually gives Romney a 26-25 percent edge over Cain, the highest total Romney has received in a national poll in months, although the margin of error makes his advantage over Cain statistically insignificant. Cain's 25 percent tally represents a leap of 19 points from the last CNN/ORC poll, which was released at the end of September. Back then, Perry led the Republican pack with 32 percent, but in the new survey he's fallen all the way to 13 percent -- a 19-point drop. There was no significant movement for any of the other candidates. Here are the full results, with last month's number in parentheses:

The new numbers come a day before the next Republican debate, which will take place in Nevada Tuesday night.