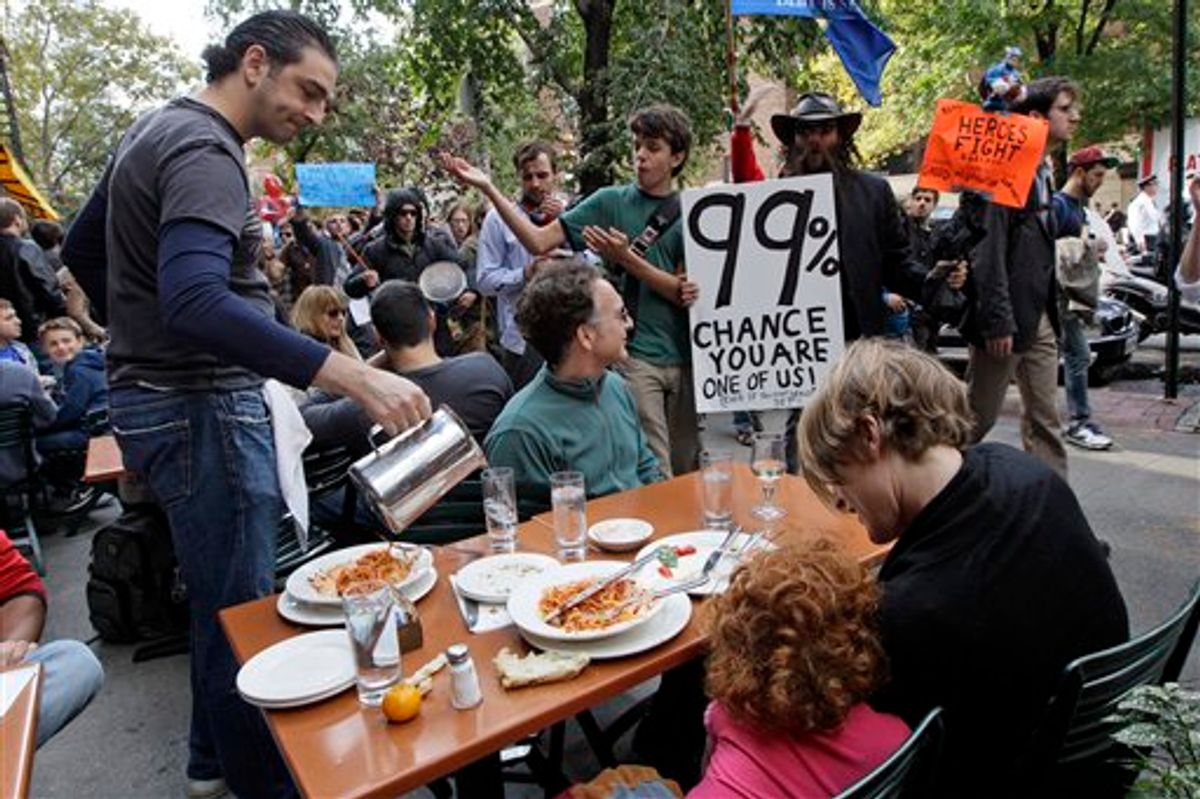 A demonstrator affiliated with the Occupy Wall Street march past a family dining at an outdoor restaurant, Saturday. (AP/Mary Altaffer)
--

New Yorkers support Occupy Wall Street by a 3-to-1 margin.

That's the big takeaway from a new Quinnipiac University survey measuring the opinions of city locals toward the month-old protest movement. Support does split down party lines, though Republicans seem significantly more conflicted on the matter: A full 30 percent of Republican New Yorkers support the movement, while only 10 percent of Democrats find themselves opposed.

A Quinnipiac press release breaks down the results further:

New York City voters say 72 - 24 percent, including 52 - 41 percent among Republicans, that if the protesters obey the law, they can stay as long as they wish.

Additionally, despite persistent claims that protesters haven't clearly enough defined their objectives, 72 percent of respondents said they understood the views of Occupy Wall Street protesters either "very well" or "fairly well," while only 10 percent responded "not well at all."