Why it still matters when a celebrity comes out

After the suicide of a bullied gay teen, actor Zachary Quinto realized he had to speak up to bring hope 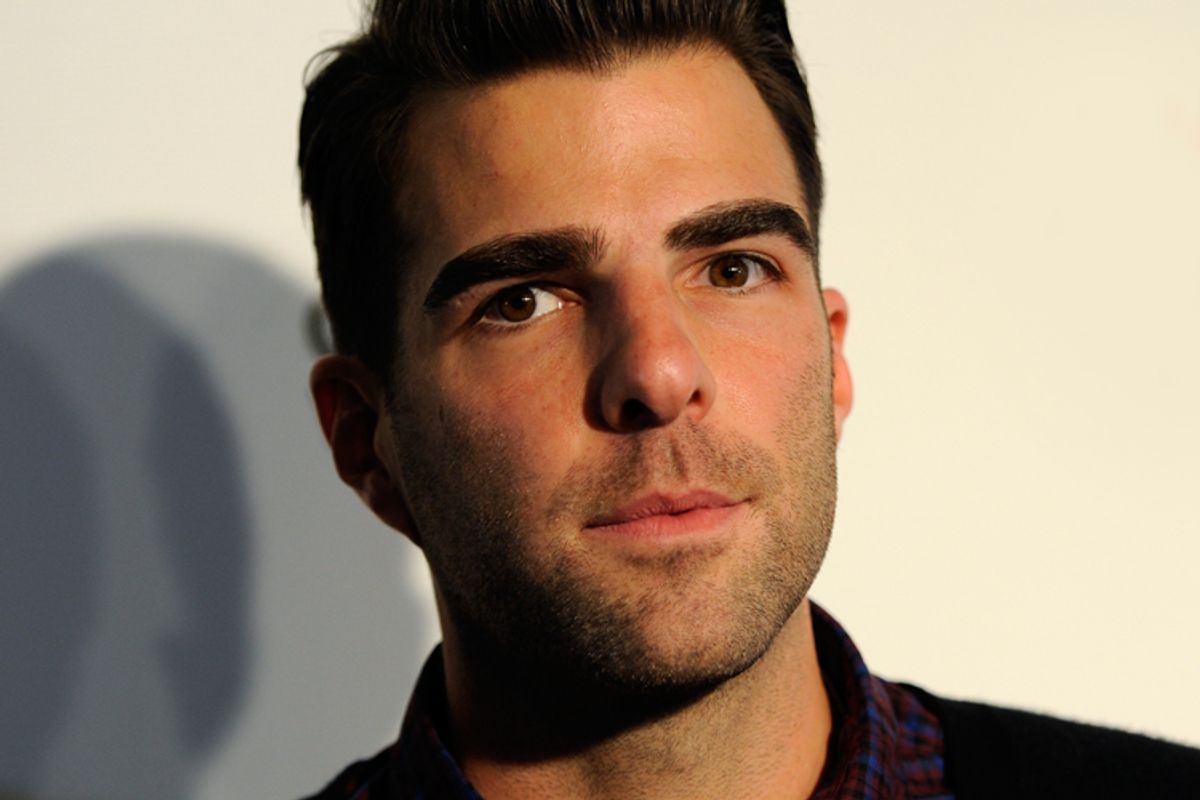 Yep, he's gay. In an interview in New York magazine this weekend, Zachary Quinto, the 34-year-old actor who's made himself a nerd icon over the years with his roles in "Heroes" and "Star Trek," officially identified himself as "a gay man."

What makes Quinto's disclosure unique isn't that he's finally acknowledged his sexuality. It's that his announcement came after nearly a decade of high-profile success -- and consistently terse refusals to discuss his private life. Just a year ago, while he was performing in the revival of "Angels in America" and speaking out passionately for the Trevor Project, he told the New York Times, "The fact that these things are such hot-button issues right now, socially and politically, I would much rather talk about that than talk about who I sleep with. I would love to be a voice in this maelstrom of chaos and obsessive celebrity infatuation that says, 'Let's talk about something that matters.'"

For Quinto, the secrecy surrounding his private life has always seemed less about staying in some self-imposed closet than as an opportunity to broaden the breadth of his roles. He's moved fluidly between playing  gay, straight and Mr. Spock his whole Hollywood career. Right now, for example, he can be seen playing a gay – and very dead – homeowner in "American Horror Story," and as one of Anna Faris' ill-advised hookups in "What's Your Number?"

Straightness is very much the assumed default in two places: Hollywood and everywhere else. It's all but expected for heteros to take on gay roles – and rack up Emmys and Golden Globes while deflecting questions about how uncomfortable those love scenes really were. Yet despite the strides made by comfortably out stars like Neil Patrick Harris, the notion of gay actors playing straight was still sufficiently "weird" a year ago to merit a Newsweek think piece.

So for Quinto, the actor, to leave room for doubt as to whether he was a gay man in straight roles or a straight man playing gay ones must have been an interesting exercise – the ultimate test of the persuasiveness of his performances. Quinto, the man, however, seems to have now arrived at a different place. Speaking on the harrowing recent suicide of bullied gay teen Jamey Rodemeyer, Quinto told New York, "As a gay man I look at that and say there's a hopelessness that surrounds it, but as a human being I look at it and say 'Why? Where's this disparity coming from, and why can't we as a culture and society dig deeper to examine that?' We’re terrified of facing ourselves."

On his official website Sunday, Quinto expanded on his thoughts, writing, "in light of jamey's death -- it became clear to me in an instant that living a gay life without publicly acknowledging it is simply not enough to make any significant contribution to the immense work that lies ahead on the road to complete equality…. I believe in the power of intention to change the landscape of our society -- and it is my intention to live an authentic life of compassion and integrity and action."

At a certain point, identity isn't just "who you sleep with." It's who you love. It's who you are. And the problem with the homophobes of the world is that they don't understand that. They'd boil all of us down to what happens in our bedrooms instead what happens in our hearts and minds. That's why Quinto's coming out matters. It's a successful man's acknowledgment that who he is as a person shouldn't make a difference in how he does what he does for a living. And that while pretending to be someone you're not makes sense when you're in front of the cameras, it's no way for anybody to live a life.