Does OWS need a logo?

Most movements benefit from branding, but today's protesters might do better without a unified symbol 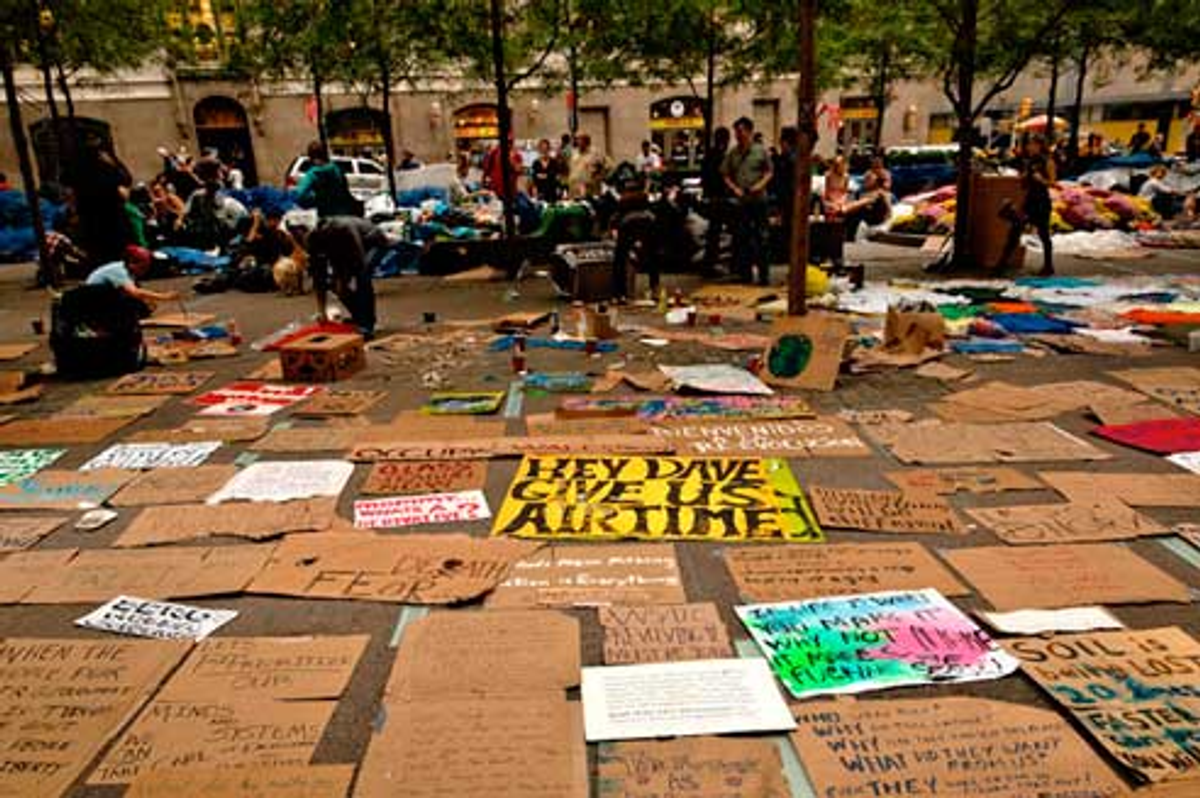 A recent Sunday's New York Times Sunday Review featured a timely Op-Ed piece by Seymour Chwast pegged to the Occupy Wall Street demonstrations titled "Every Movement Needs a Logo." Designers, including Chermeyeff + Geismar, Project Projects and Ji Lee, among others, contributed a mark to the cause.

It may be true that every idea - especially good ones - can benefit from a mnemonic. A unifying element, sign, symbol or code adds allure and provides a rallying point. What's more, we all love wearing labels of some kind to show our allegiance to something. When faced with a branding problem, a designer's first impulse is to create a logo. Yet just maybe that is the wrong strategy.

Just maybe Occupy Wall Street, the ongoing peaceful protest (labeled "un-American" by presidential candidate Herman Cain), which is growing larger in numbers each week, should not be seen as a typical movement in need of a compelling brand-story. Just maybe, owing to its divergent supporters, it should be totally unbranded - indeed unsullied by design manipulation.

Logos take forethought. This demonstration is without leaders or strategies. It would be lovely to have an anthem, flag or even a style. But it would be wrong. Occupy Wall Street is the first nonpartisan expression of frustration of how the American economy was allowed to implode. The movement, if that's what it is, is not yet ready for the media experts to inject "design thinking" into the stew.

In fact, let it stew - let it grow as a potpourri of expression, emotion and energy. Let it find its own shape. Don't impose colors, patterns or custom typefaces. Perhaps the best design strategy is to let it find its own voice(s). Let designers and non-designers contribute messages but not branding. And that might be real innovative social innovation.

(Photos below via CNN.)