After a week on hiatus, the "Daily Show" host marvels at the growth of the movement 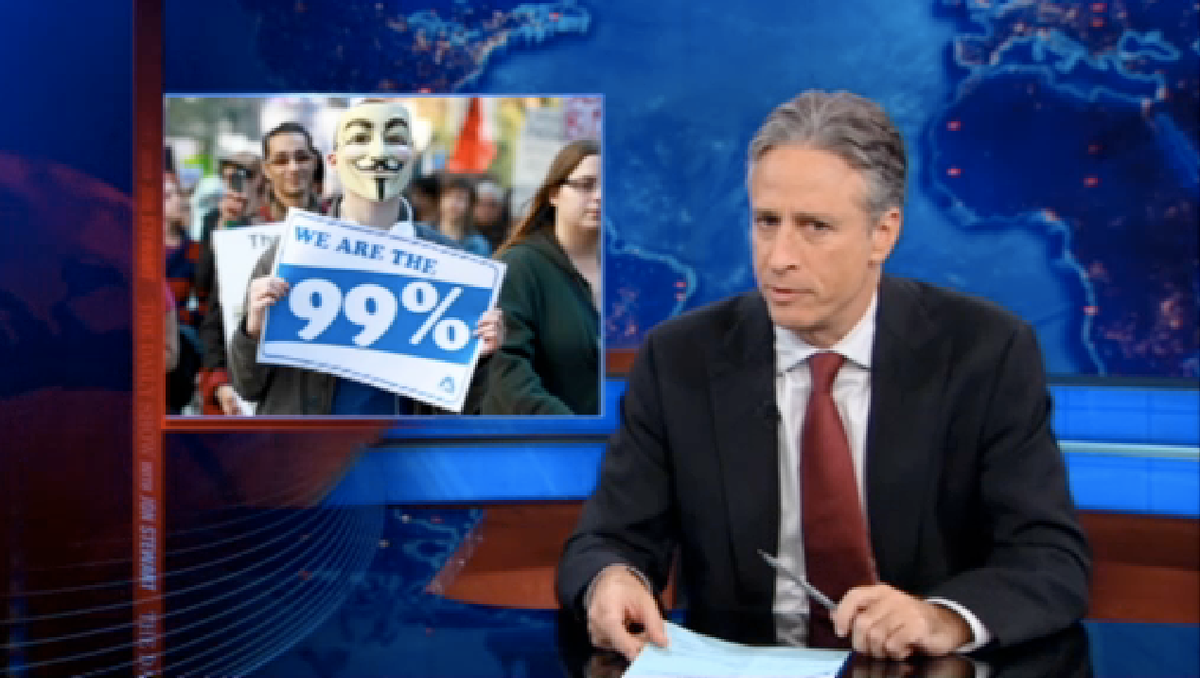 While "The Daily Show" was on hiatus last week, the Occupy Wall Street movement went and grew up in a hurry. On last night's program, Jon Stewart expressed amazement at its rapid rise, which has accumulated $300,000 dollars in donations, and spread to more than 60 cities around the world -- thus becoming "the Hard Rock Cafe of leftist movements." Still, of all the signs that OWS has finally made it big, none speak more strongly than Mitt Romney's inelegant, seemingly disingenuous attempts to latch on to the sentiment driving the movement.