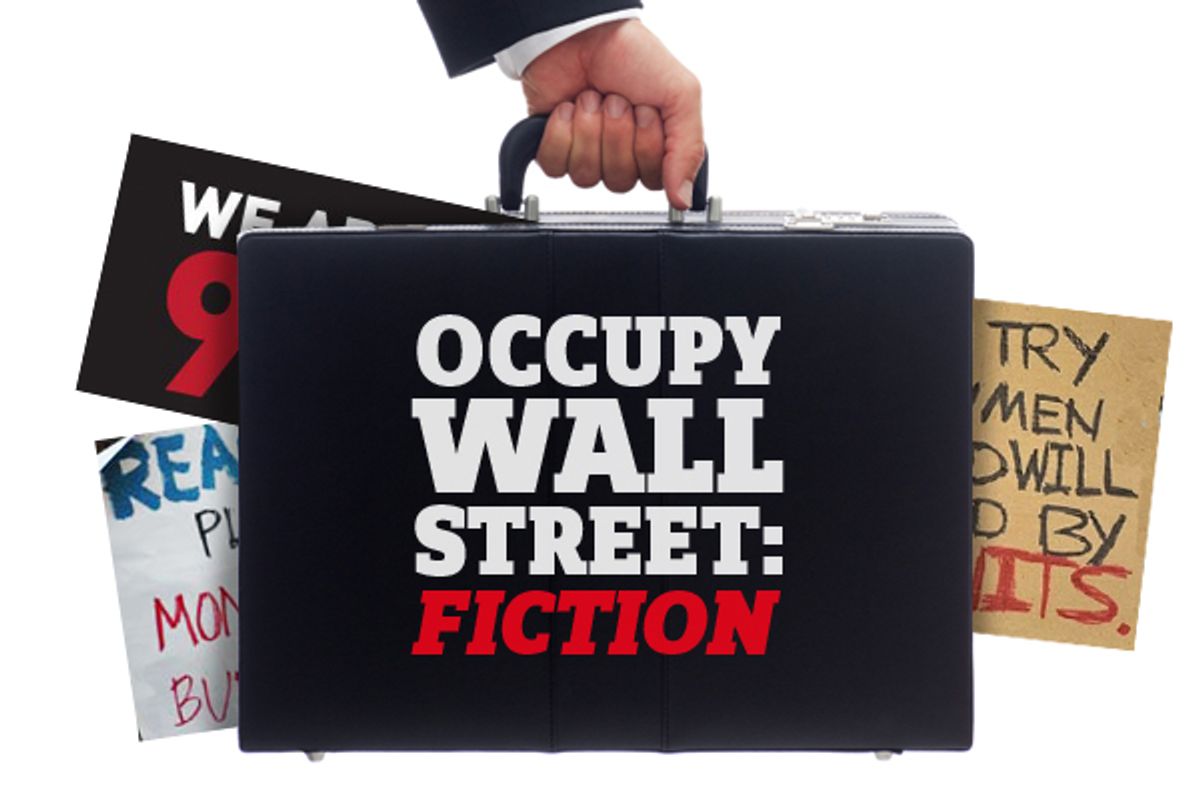 There are thousands of stories in Zuccotti Park and the Occupy rallies nationwide -- in the lives of the protesters, the financiers who pass through them every day, in the tourists and onlookers who visit and perhaps find themselves changed.

We asked four writers to imagine a different angle and write a short story based on Occupy Wall Street. It follows our series this summer where we asked several novelists to put themselves inside Moammar Gadhafi's mind as Libya fell to rebels.

"The Stockbroker Who Deep Down Wanted to Join In" by Karen E. Bender

He loved working at Goldman Sachs because money helped order his world. But some old insecurities emerge when he comes face to face with a demonstator, in a story by the author of "Like Normal People."

"This Sunday" by Alison Espach

Was Occupy Wall Street just another tourist attraction to cross off their list? In a story by the author of "The Adults," a young couple visit Zuccotti Park, with plans to exchange a gift at Tiffany's afterward.

"We Was Twins" by Fiona Maazel

One twin conquered the financial district. His brother was defeated by medical bills and lousy luck. By coincidence, they end up meeting at the protests in a story by the author of "Last Last Chance."

"Whole Foods Was Around The Corner" by Marcy Dermansky

She didn't feel like a member of the 99 percent -- she blamed her debt and unemployment on the silly decision to be an English major. But when she got talked into attending a rally, everything changes in this story by the author of "Bad Marie."