Ron Paul is the latest GOP candidate to propose absurd budget cuts. The government needs to spend more, not less 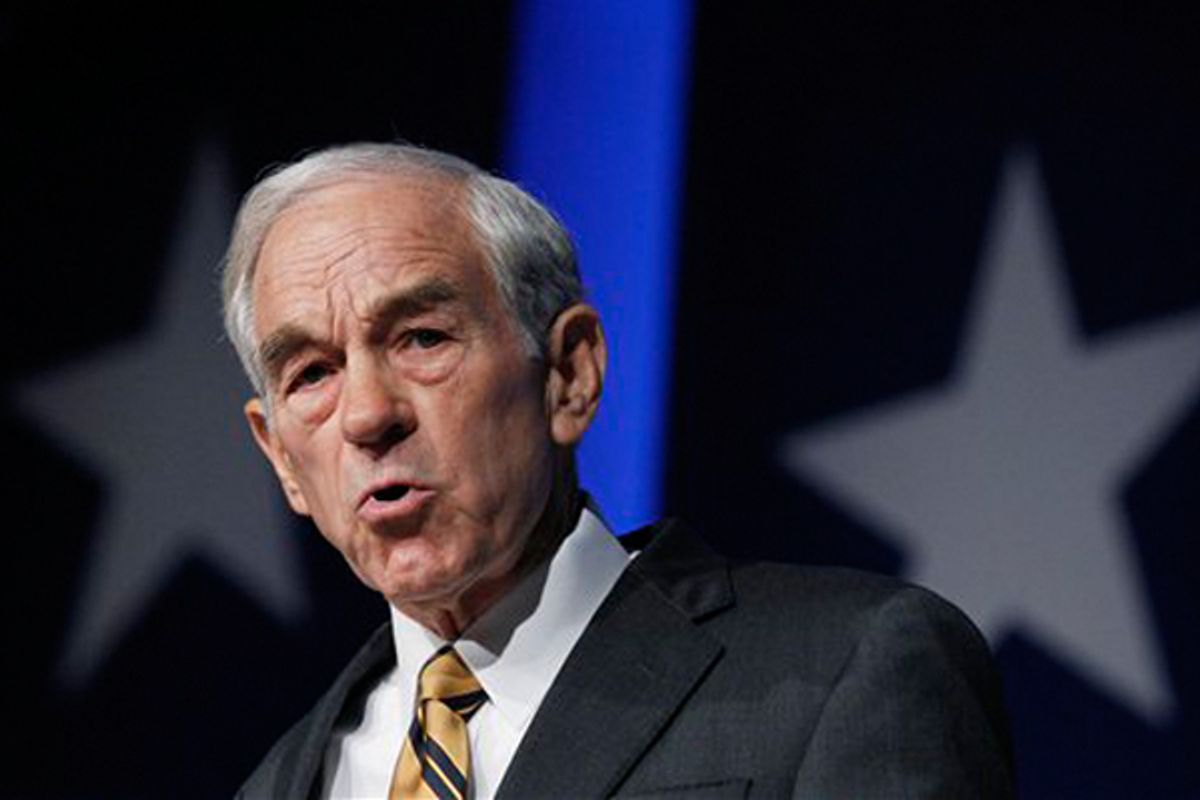 Ron Paul’s newly-unveiled economic plan – promising to cut $1 trillion from the federal budget in year one (presumably that means 2013) – is only slightly more ambitious than what we’re hearing from other Republican candidates. They’re all calling for major spending cuts starting fifteen months from now.

What are they smoking?

Can we just put ideology aside for a moment and be clear about the facts? Consumer spending (70 percent of the economy) is flat or dropping because consumers are losing their jobs and wages, and don’t have the dough. And businesses aren’t hiring because they don’t have enough customers.

The only way out of this vicious cycle is for the government – the spender of last resort – to boost the economy. The regressives are all calling for the opposite.

But even without these hair-brained Republican plans, we’re heading in their direction anyway. Unless Republicans agree to a budget deal before the end of the year (don’t hold your breath), the temporary payroll tax cuts and extended unemployment benefits we have now will end.

The result will be the most stringent fiscal tightening of any large economy in the world.

Together with ongoing cuts at the state and local government level, the scale of this contraction will be almost unprecedented.

It will come at a time when 25 million Americans looking for full-time work, median incomes dropping, home foreclosures rising, and a record 37 percent of American families with young children in poverty.

To call this economic lunacy is to understate the point.

Even if you’re a deficit hawk this is nuts. Instead of reducing the ratio of debt to the economy, this strategy increases it because it will cause the economy to shrink. Under these circumstances, the harder you work to cut the debt, the worse the ratio becomes because the economy shrinks even faster.

Call it the austerity death trap.

Europe is already perilously close. Greece and Italy are already in the throes. Britain, France, and Germany almost there. And now us.

Deficit hawks have to understand: The first step must be to revive growth and jobs. That way, revenues increase and the debt/GDP ratio drops. Only then – when the economy is back on track – do you start cutting.

At the start of the Clinton administration the annual budget deficit was almost $300 billion. But rather than take a meat-axe to spending, we pushed for growth, as did the Fed. The expansion of the 1990s made it easy to get the budget under control. By 2000 we had a $226 billion surplus.

The austerity strategy is nuts even if you’re a Mitch-McConnell Republican whose top priority is to “make sure Obama is a one-term president.”

Yes, a recession next year will bring this about. But because the austerity trap will last for many years, any Republican successor will also be a one-termer.