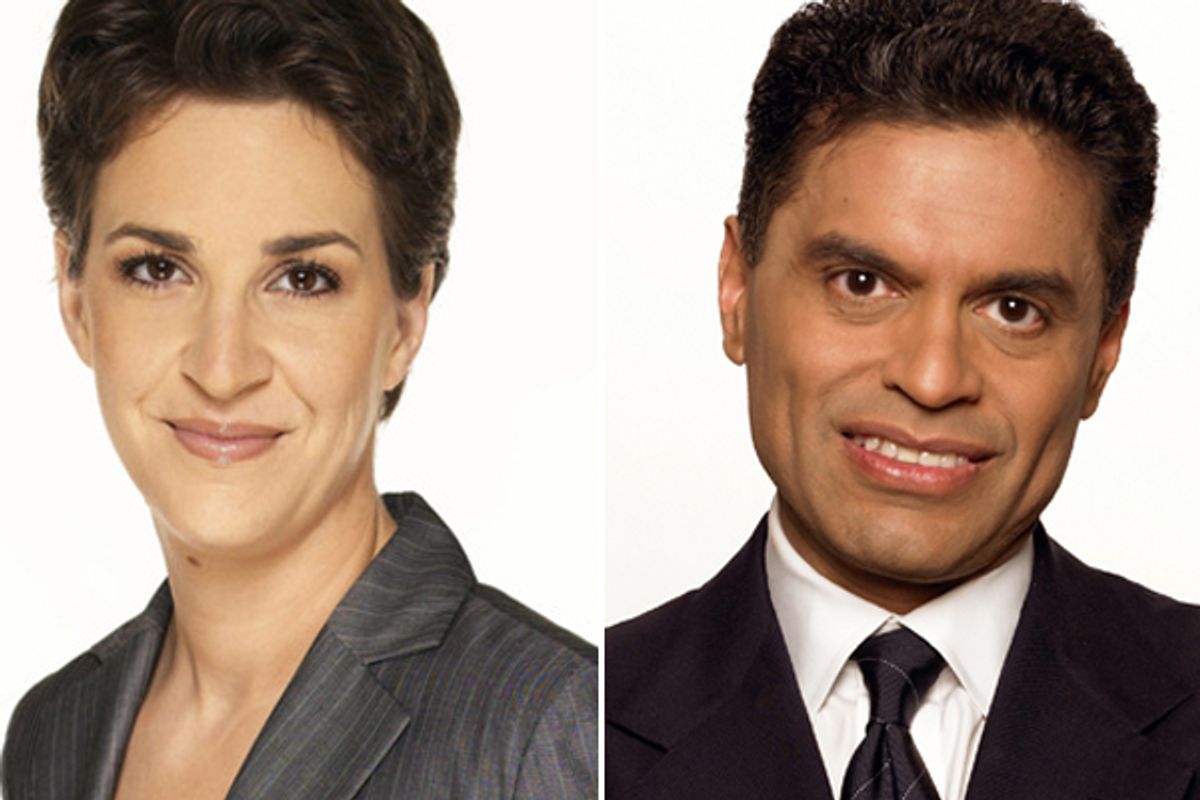 The New Republic is out with their "lists" issue, because everyone loves lists. Much of the material is behind a paywall (you won't know who joins Evan Bayh and Lanny David on "the sell-outs" list unless you subscribe!) but they've given us the entirety of their "over-rated thinkers" link in order to generate cheap traffic through inspiring arguments and so on.

The list is a series of capsule-sized take-downs of media and political figures said to be public intellectuals.Some targets are incredibly easy (national laughingstock Newt Gingrich), and some are quite satisfying.

On foreign policy guru/TED conman Parag Khanna: "His recent book is actually called How to Run the World. It is a self-congratulatory anthology of clichés and platitudes—the life of the mind, Davos-style." And Fareed Zakaria, "exemplary spokesman for the always-evolving middle."

But "the liberal" TNR's animating principle is provoking "The Left." They cannot get through a hack list without engaging in hippie-punching. So Drew Westen and Frank Rich get nods. I think Frank Rich is brilliant at what he does, and what he does is write specifically for people who don't obsessively monitor the liberal blogosphere daily. This is why he is a successful weekly columnist and not a blogger. But TNR's criticisms are fair, or at least based on things Frank Rich has actually written.

Then we get to the entry on Stephen Walt, who is, as always at TNR, tacitly accused of antisemitism for opposing the professional Israel lobby. His book, we're told, "relies on tropes with a decidedly dark and conspiratorial provenance." I know what tropes they mean! Nazi tropes!

And: "The controversy about Walt’s views appears to have embittered him even more, and the virulence with which he now writes as a pundit is extraordinary even in these virulent times." Maybe if you were constantly and loudly accused of antisemitism for pointing out the power and influence of a powerful and influential lobby, you'd get a bit virulent too. (Marty Peretz's New Republic tsk-tsking at "virulence" is more than bit rich.)

But the "over-rated thinker" most transparently included solely to bait liberals, the entrant who clearly made the cut just because imagining some sputtering Kossack made "The Editors" smirk to themselves, is Rachel Maddow.

Someone could write a defensible, reality-based Maddow take-down. Her show and persona can be too cutesy by half, and fighting the fiery rage of the right-wing with wry rationalism can seem ineffectual. This ain't that criticism:

But Maddow is a textbook example of the intellectual limitations of a perfectly settled perspective. She knows the answers even before she has the questions. The truth about everything is completely obvious to her. She seems utterly incapable of doubt or complication. Her show is a great tribute to Fox, because it copies the Fox style exactly.

I think "doubt and complication" are sort of what modern American liberals excel at, to a fault, but it's not at all enlightening to hear that someone is too sure of herself if I don't also learn whether or not she's right. The majority of our most celebrated political thinkers tend to operate from a position of moral certitude -- without that advocacy journalism and punditry scarcely exist. Maddow is making an unapologetic argument for robust liberalism, which is also coincidentally the mission statement of this one political magazine that I sometimes make fun of. Being confident in her answers is sort of the point.

Most egregiously, anyone who thinks Rachel Maddow's show "copies the Fox style exactly" has clearly not spent very much time watching Maddow or Fox. It's just very lazy false equivalence. But congrats, TNR -- you successfully trolled me.

Meanwhile, two of the three stories TNR is highlighting on the front page right now: Leon Wieseltier on "The New Heartlessness Toward Israel" and Marty Peretz on Gilad Shalit. Speaking of overrated thinkers...