Taxing millionaires to hire teachers in a depressed economy should be a slam dunk. But not with this Congress 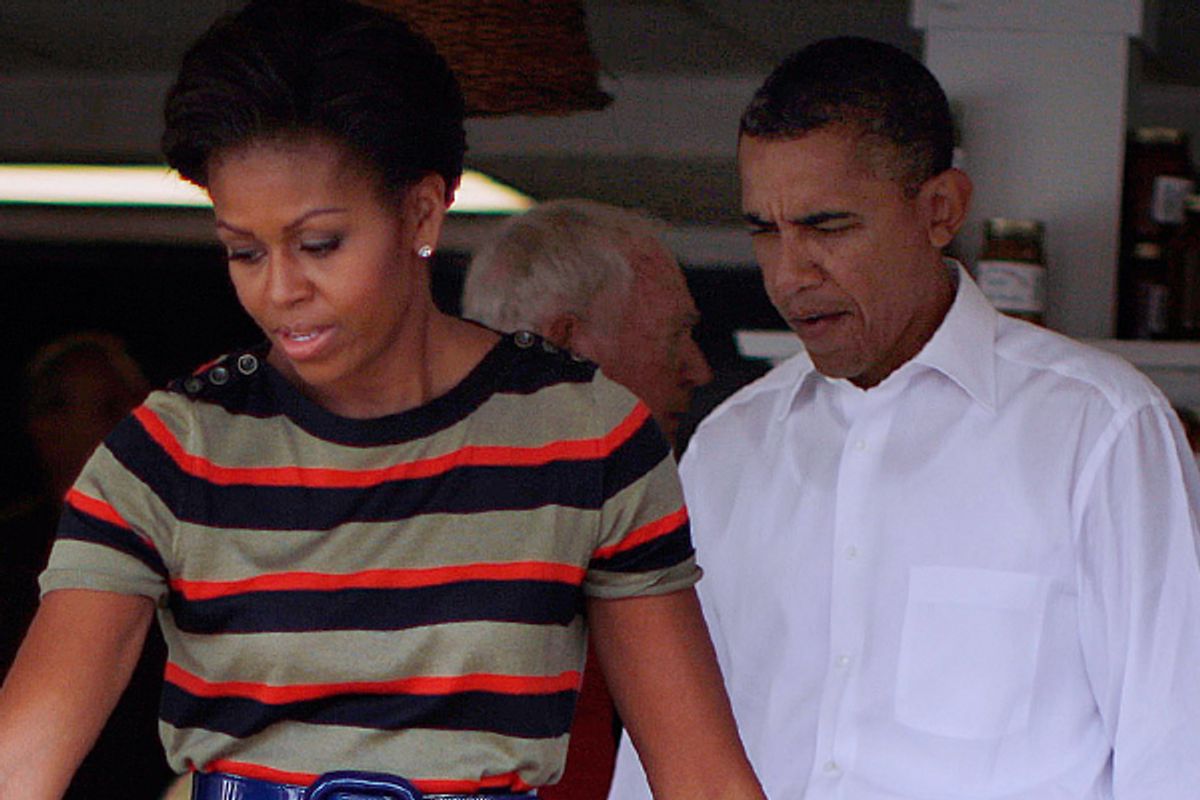 The 2012 presidential campaign is underway. On Wednesday, President Obama concluded a three-day bus tour of the crucial swing states of North Carolina and  Virginia. At every stop, he promoted his American Jobs Act and blamed Republicans for blocking action on the economy. From now until eternity--or at least November 2012--politics will rule. And why not? Thwarted at every turn by a Republican Party dedicated to the proposition that their best chance of regaining the White House and control of the Senate is to defeat every item on Obama's agenda, the only thing left for his administration to do is wage outright political warfare.

And so it went in North Chesterfield, Va., where Obama told firefighters that their fate lay in Republican hands: "We'll see if they'll fight just as hard for your jobs as they fight for their jobs," said the president.

Back in Washington,  liberal Senate Democrats followed his lead:

On a conference call held at noon on Wednesday, Sen. Sherrod Brown, D-Ohio, trotted out a teacher, a fire chief and a sheriff to share tales of budget-cut-induced layoff woes. The teacher told a sad story about how both she and her husband -- a police officer -- had lost their jobs and were facing exorbitant healthcare insurance costs. The fire chief noted that he'd had to close two substations as a result of recession-induced cuts. The sheriff talked about how hard it was to fulfill legislatively imposed mandates with constant reductions in staff.

The point of the recitation of gloom was to illustrate why Congress should pass the "Teachers and First Responders Back to Work Act" -- a slice of President Obama's "American Jobs Act" that Senate Democrats obviously feel will back Republicans into a politically unsustainable corner. The Back to Work Act will give states $30 billion to retain or rehire teachers, firefighters and police officers. It will pay for itself by a new tax on Americans earning more than a million dollars -- a half-cent on each dollar earned after the first million in income.

Polling indicates that Americans overwhelmingly support rehiring teachers, firefighters and police officers, and support higher taxes on the wealthy. But Senate Republicans are promising to filibuster the bill, and there are already reports that enough "moderate" Democrats will join them to make support for this bill even weaker than for the original Jobs Act.

It strains credulity to imagine that liberal Senate Democrats don't understand the math that's working against them, so I asked Sen. Brown whether the real point of the bill was to put Democrats in a politically advantageous position as the 2012 election campaign heats up. Shockingly, Brown rejected that suggestion.

"The purpose of this bill," said Brown, "is to show we are not going to wait 14 more months to decide how we are going to make jobs. Our economy and our budget deficit won't improve until we get people back to work. So we are going to keep bringing these bills up and I think over time, Republicans are going to say to Mitch McConnell, 'I know you want to oppose anything President Obama supports, but we've got to help this economy and that's why we are going to start voting for these things.'"

The prospect of Republican senators suddenly beginning to lose their nerve and start voting for the Obama agenda probably seems a little unrealistic to most Washington watchers. The truth is, even if Brown didn't want to acknowledge it out loud, the strategy of carving up the American Jobs Act into chunks and forcing a vote on each piece won't end up helping the economy but does have the chance to be a winning political hand -- even if none of the pieces escape a filibuster. After affirming that Senate Republicans won't tax millionaires to rehire teachers, the next step will be to bring up separate bills on infrastructure, school renovation and veteran employment. A series of cascading no votes from Republicans could prove very useful as election campaigns get into their stretch runs.

But let's not delude ourselves. It may make perfect sense to a majority of Americans to hire more teachers with revenue raised from taxing the rich. But that's not a bargain the current Republican Party is willing to make -- no matter how many times Democrats reintroduce legislation between now and next November.