Fox Business Network exec: Channel has too much Fox, not enough "business" 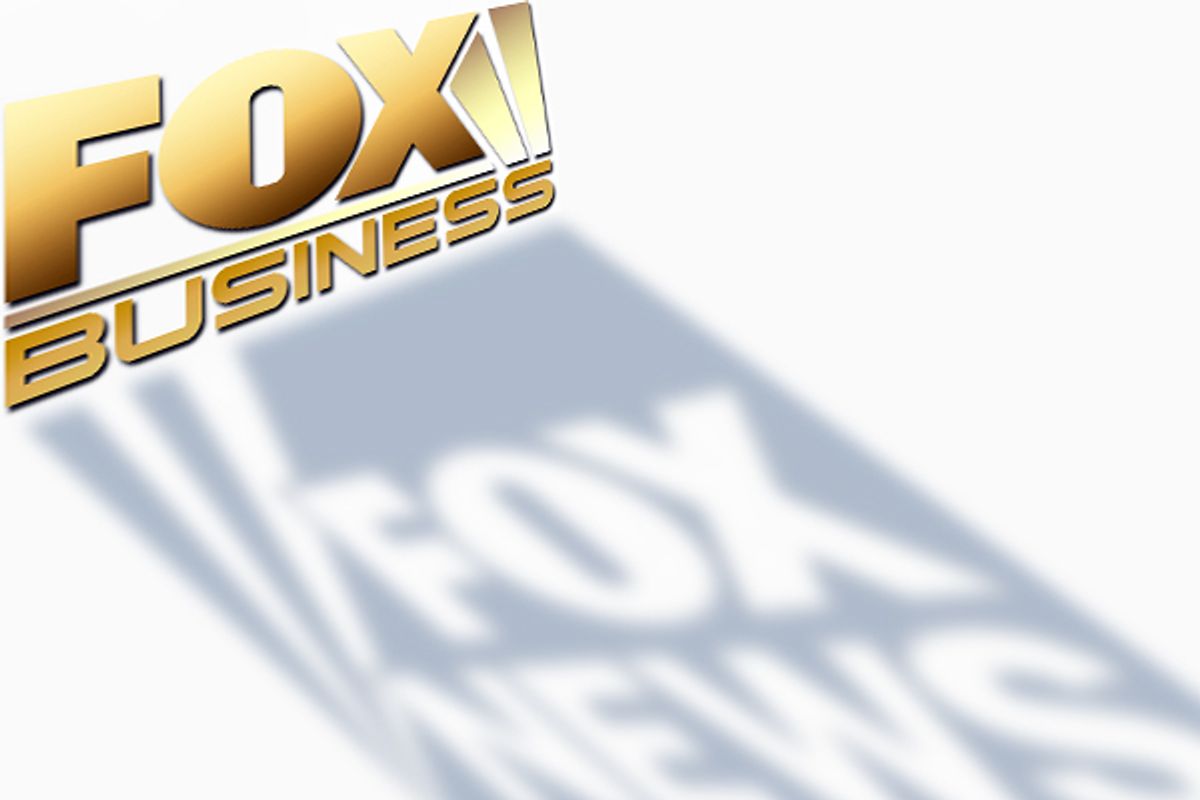 In 2007, Rupert Murdoch started the Fox Business Network to crush CNBC using the same tactics that Fox News used to surpass CNN: Make a louder, sexier, angrier, more right-wing populist product, and the old people who watch TV during the day will tune in. Except it didn't really work with Fox Business.

CNBC averages 263,000 viewers during the workday, according to Nielsen. Fox Business tops off at 85,000 from 4:30 to 8 p.m., and that period includes daily shows hosted by Fox stars Lou Dobbs and Neil Cavuto. Fox Business executive vice president Kevin Magee had a great idea to finally turn things around, according to a memo Reuters obtained: Maybe focus more on business news?

"I've been asked to remind you all again that they are separate channels and the more we make FBN look like FNC the more of a disservice we do to ourselves," Magee said in the memo dated October 5, carrying the subject line "Fox News and Fox Business."

"I understand the temptation to imitate our sibling network in hopes of imitating its success, but we cannot," Magee went on to say in the memo. "If we give the audience a choice between FNC and the almost-FNC, they will choose FNC every time. Earnings, taxes, jobs etc give us PLENTY to chew on."

As Media Matters ably documents here, Fox Business is right now just a sort of weird alternate-Fox News, with slightly different personalities who are still fixated on the exact same right-wing causes and phony outrages. (Plus cantankerous Connecticut cowboy Don Imus in the mornings, which is an odd choice for a "business" channel.) It's Fox's ESPN 2, except without extreme sports.

Why would an investor or trader want to watch Eric Bolling interview Pam Geller about the "ground zero mosque"? Who turns on a "business news" channel hoping to see former Wall Street Journal editorial writer David Asman promote birtherism and interview an ex-NFLer about the dangers of gay marriage?

The problem with Fox Business is baked right into the channel's founding: It serves a market that is totally satisfied with preexisting offerings. People who want conservative-slanted market news all day already had a channel: CNBC. Just about everything Fox Business has ever done is either a retread (sexy ladies talk about stocks, just like on CNBC!) or just stupid (a five p.m. show set in a weird fake Irish pub!). While CNBC flatters its viewers' senses of sophistication and superiority, Fox Business assumes its audience would rather watch an interview with Tila Tequila than hear about the SEC's decision to charge Goldman Sachs with fraud.

The Fox model doesn't work with business news, where the pro-corporatist mind-set is already baked into the majority of "objective" coverage and there isn't a need to spice up the mundane business of promoting the interests of the wealthy with culture war material. Fox Business should be targeting the conservative elites who find Muslim-bashing and birtherism a bit distasteful (if necessary). But those elites may never find a reason to tune in. News Corp's own Wall Street Journal has an exclusive deal with CNBC, and WSJ reporters are just as turned off by the Fox Business brand as everyone else.