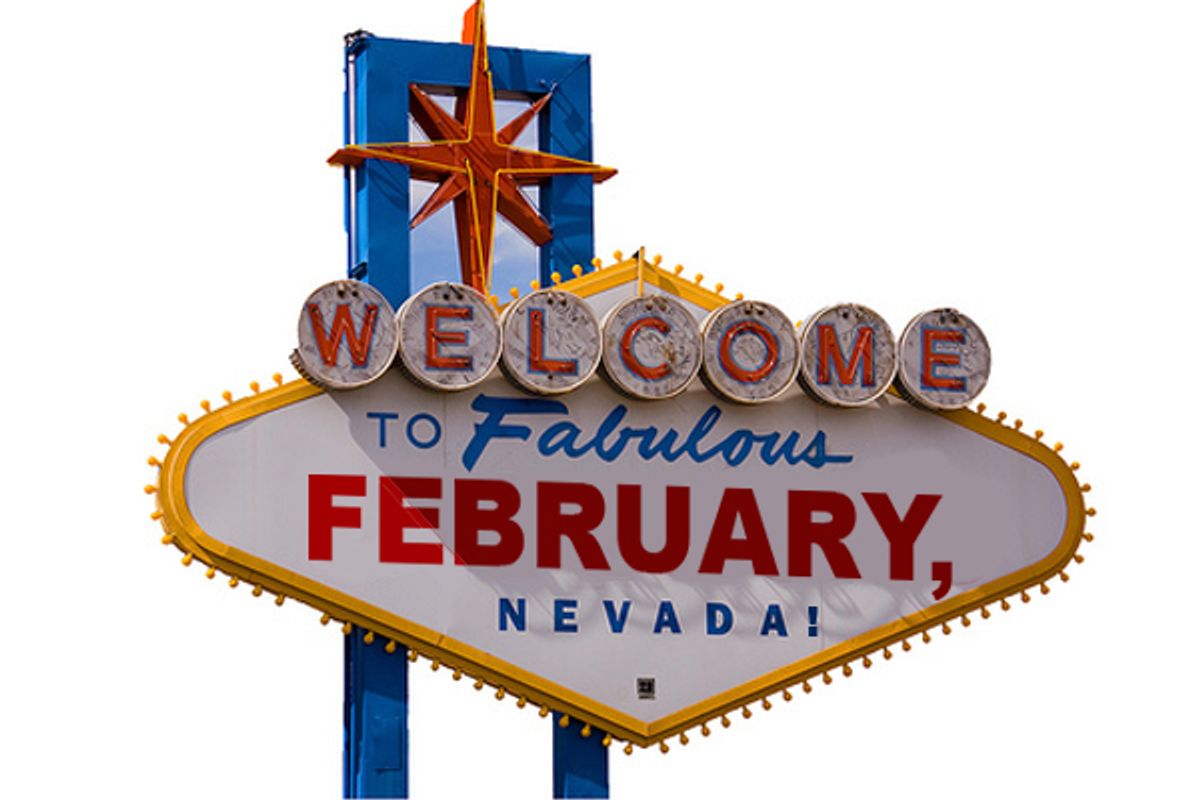 On Saturday, Nevada Republicans are likely to give in to national party pressure and move their 2012 caucuses from January to February. In the end, all it took was threatening to take away some invites to a party. The Atlantic's Molly Ball explains:

The reason: Party activists would rather get a chance to go to next year's national convention than deal with the current barrage of flak they're getting.

"Most of the [committee members] I've talked to feel it makes sense to go back to February," probably Feb. 4, said Robert List, the state's national committeeman and a former governor. "A lot of them want to be delegates to the national convention, and that's more likely if we don't get delegates taken away" as a penalty for breaking RNC rules. "And we all want to have the candidates coming back and campaigning."

There are also rumors of "financial and other enticements" offered by the national GOP to the local poobahs, though the RNC denies it.

If Nevada moves, here's how next year looks, according to The Hill:

If Nevada moves its date, the likely calendar schedule would look like this: the Iowa caucuses on Jan. 3, New Hampshire's primary on Jan. 10, South Carolina's primary on Jan. 21, Florida's on Jan. 31 and Nevada's on Feb. 4, with a long break until Michigan and Arizona vote on Feb. 28.

Florida and any other non-Iowa/New Hampshire/South Carolina state daring to hold a January nominating contest will be punished by having half their delegates not count at the convention, but everyone knows modern conventions are just ploys for free media time and not actually contested affairs where delegates actually matter.

This is all great news for Mitt Romney, who's been fundraising and organizing in early primary states since, oh, 2006. His biggest competition is clearly running for "pundit," not president. Rick Perry is flailing in Iowa, which suddenly, insanely, looks winnable for Romney. If Romney wins Iowa and New Hampshire, and Perry doesn't immediately counter by winning Florida and South Carolina, this will be wrapped up well before we get to Nevada, which Romney is also expected to win.

Sorry, Michigan, Arizona and every other state in America! Our method of selecting presidential nominees is bizarre and archaic and insane. But Americans are used to bizarre, archaic, insane political institutions.