"Revenge of the Electric Car": Why the automakers went green 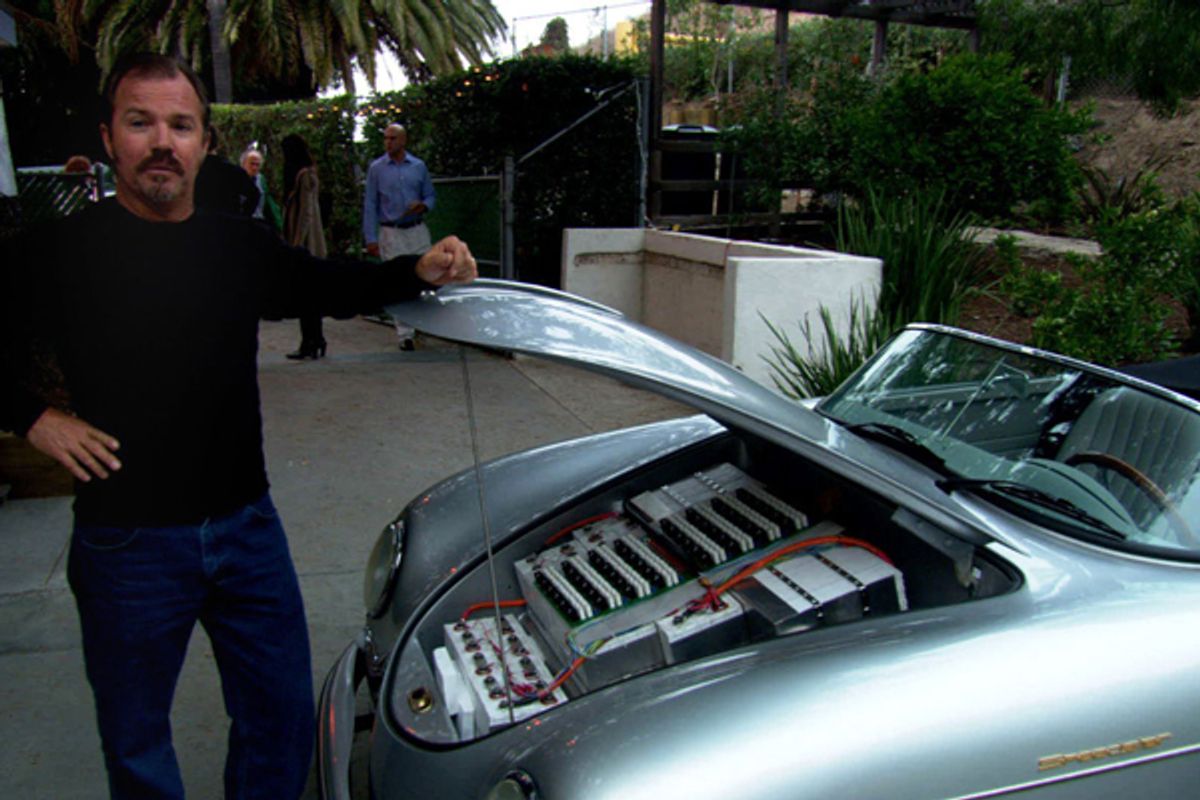 Never let it be said that activist documentaries don't make a difference, even if the difference they make is never predictable. Filmmaker Chris Paine began as a gadfly outsider to the auto industry, capturing a distinctive strain of eco-grass-roots rage in his 2006 "Who Killed the Electric Car?," which explored the short and unhappy life of the EV1, General Motors' late-'90s all-electric vehicle. By 2004, G.M. had reclaimed and destroyed virtually all the EV1's it had manufactured -- they were leased to consumers, rather than sold -- and the plug-in automobile, a long-cherished dream of environmentalists, seemed permanently entombed under parking lots full of Hummers and Escalades.

Even in writing about Paine's first film for Salon five years ago, I got several angry letters from impassioned defenders of the internal combustion engine, who assured me that electric motors were for golf carts, and that the automotive future, like the past, belonged to petroleum. As we now know, the death of the EV1 was hardly the end of the story. Within a few months of releasing "Who Killed the Electric Car?," Paine found himself watching legendary auto executive Bob Lutz, then G.M.'s vice chairman, drive a prototype of the Chevrolet Volt onto the floor of Detroit's annual auto show. The widespread electrification of the passenger car, Lutz told him, was "a foregone conclusion."

A cigar-smoking climate-change denier who's long been seen as the car enthusiast's car enthusiast, Lutz was about the last person in the world you expected to start shilling for electric vehicles. Then again, you wouldn't have expected Chris Paine to make an insider documentary about auto industry competition. His fascinating and highly entertaining new movie, "Revenge of the Electric Car," is almost like his first one turned upside down, with unprecedented access to the inner workings of G.M., Nissan and Silicon Valley start-up Tesla Motors as they battle to get new electric cars into production. His irresistible cast of characters range from Lutz, the crusty Detroit veteran, to Carlos Ghosn, the globetrotting, ultra-smooth Renault-Nissan CEO, to Tesla co-founder Elon Musk, who burned through his entire PayPal fortune launching his company, to Greg "Gadget" Abbott, a DIY Los Angeles engineer who has rebuilt vintage Porsches and Triumphs as all-electric vehicles.

Visionary entrepreneurs like Musk and Abbott, although they operate on vastly different scales, have been pursuing the electric-car dream for years. But as Wall Street Journal columnist Dan Neil explains in the film, guys like Ghosn and Lutz saw the light very suddenly in the late 2000s, when gas prices began to rise and the global economy slid into the crapper. The business case for building electric cars went from intriguing to compelling to irresistible, and the question rapidly became who was going to get it right and reap the eventual worldwide windfall. Paine seems delighted to root for all three companies and essentially declares a three-way tie, which may be fine for the moment: Both the Chevy Volt -- a plug-in hybrid rather than a true electric car -- and the all-electric Nissan Leaf have sold encouragingly, although both are very new to the market, and against all odds Musk has kept Tesla alive and hopes to start mass production of his $60,000 Model S sedan next year.

Those who are legitimately concerned about the environmental costs and potential drawbacks of electric vehicles -- from the (so far) prohibitive pricing to the dirty electric grid to the limited battery range -- will notice that Paine continues to skirt those issues. He's a crusading journalist when he wants to be, but when it comes to large-scale questions about whether electric cars can really replace the ones we drive today, he's more like a cheerleader. In "Who Killed the Electric Car?" he suggested that hydrogen-fuel technology, which is also being explored by the auto manufacturers and oil companies, is essentially a scam designed to ensure their long-term supremacy, but he does not revisit any of that here. (My 7-year-old son, who knows more about this issue than I do, forcefully disagrees with Paine on that one.) For whatever it's worth, Dan Neil, the Journal's astute (and always entertaining) auto columnist, is on board; he's been "saying farewell" to a long career of owning and driving gasoline cars over the last few years, he says, and will never buy one again.