News Corp.'s annual shareholder's meeting could end with a series of embarrassing votes for the powerful media mogu 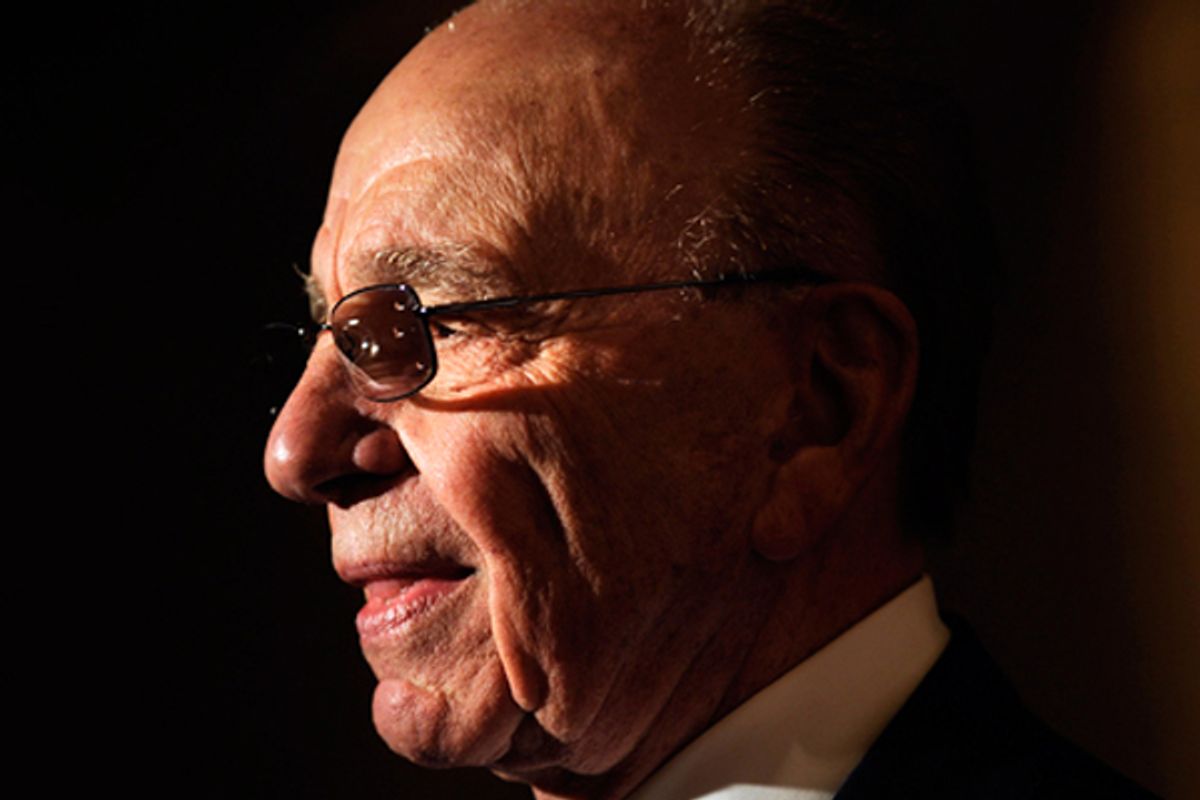 Rupert Murdoch's News Corp. is holding its annual shareholder meeting in Los Angeles. And a vocal group of News Corp. shareholders are a bit peeved at the media conglomerate's performance recently. The performance that has upset them the most: all the phone hacking and police bribery followed by a lengthy coverup that has been rapidly unraveling this year.

The rebellious shareholders include British MP Tom Watson, who was personally lied to by James Murdoch at a Parliamentary hearing, and various pension funds. Also present: The secretary of the ethical investment advisory group of the Church of England. The Church would like Murdoch removed as director of the company.

The Guardian is delightfully liveblogging the meeting, which is handy, because News Corp. banned all cameras and recording devices. Audio of the meeting was streaming on the News Corp. corporate site for investors or those willing to claim to be investors on a registration page, but it just ended while they hold their shareholder votes. As he took questions, Murdoch sounded much more involved and feisty than he did in his confused appearance before Parliament earlier this summer. "I'd hate to call you a liar, but I know exactly how you're going to vote," he said to a hostile questioner who claimed to have not yet made up his mind.

Watson rehashed the various criminal complaints against News Corp. and added allegations of computer hacking. Others complained about Murdoch's management of the corporation as a sort of personal fiefdom, with nepotism rampant. One guy wanted to talk about animal rights for a while.

Media Matters has the audio of Watson's questioning:

Murdoch is not in much danger of losing his company. As Reuters says, he has 40 percent control of voting shares, and next largest holder is Murdoch ally and Saudi Prince Alwaleed bin Talai. But the L.A. Times suggests News Corp. president Chase Carey could end up being promoted to CEO.

There are three crucial votes: The vote to reelect Murdoch and the rest of the board, the vote to cut Murdoch's pay, and a vote to specifically force Murdoch to step down. He'll probably win all three but the votes could be close enough to force the board to make some changes. And in the longer term, this could ruin Murdoch's plan to have one of his kids run the company some day. (Son Lachlan having failed, Rupert still has to choose between Elisabeth and James.)

All the "media watchdogs" in the world will never remove Murdoch from power or shame him into changing his business practices, but once major institutional investors revolt, there's a serious possibility of the end of the Murdoch era. Money, as always, speaks loudest.