A new book about how musicians use color looks at Blue Man Group, Daft Punk and others. We talk to the editors 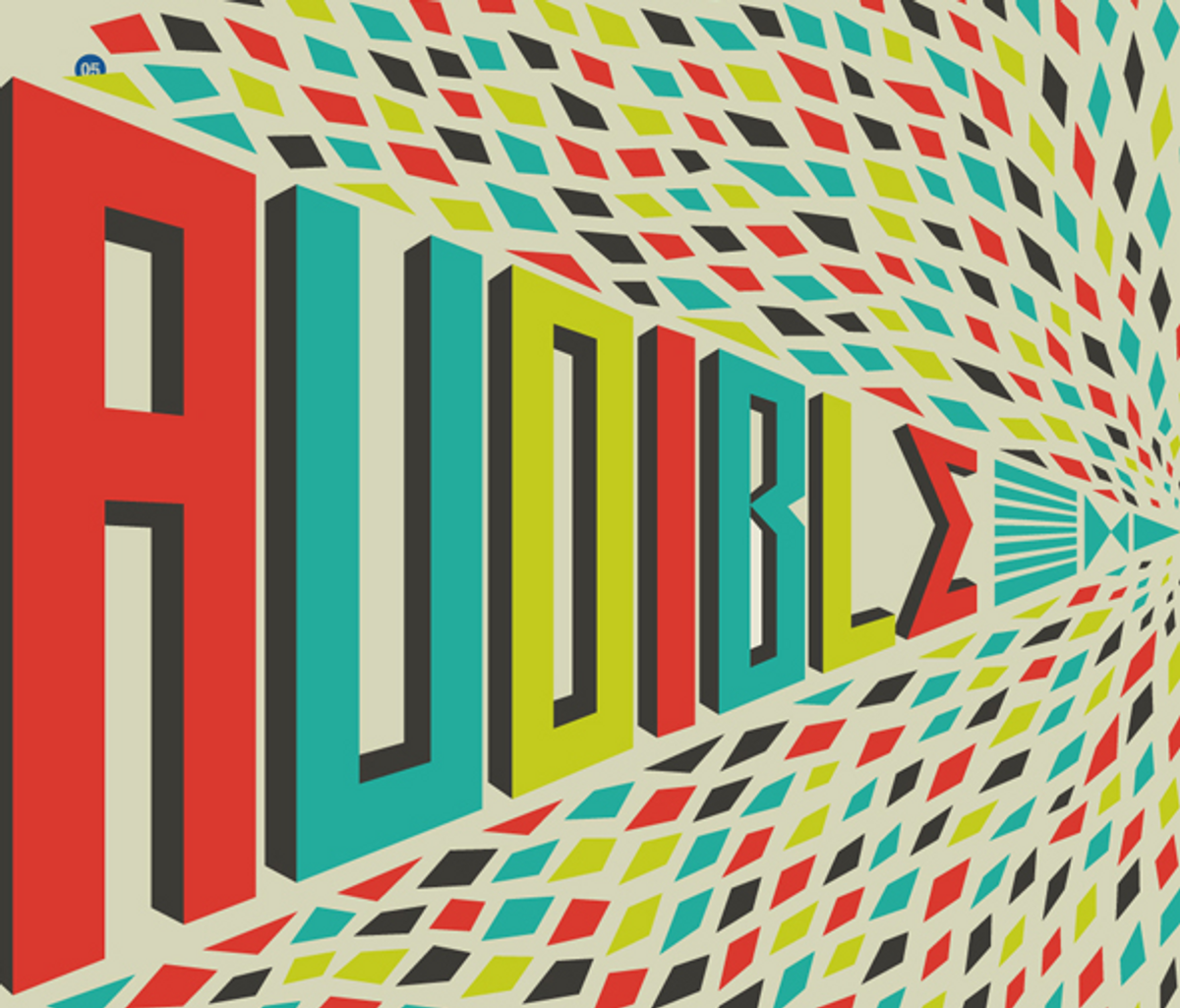 Chris Force, the editor and publisher of Design Bureau and Alarm Press, has been working on self-styled magazines and book projects since he was a teenager. “My self-publishing background began making zines, often hastily assembled together with photocopiers, glue sticks, and Scotch tape while an inattentive copy-shop attendant looked the other way,” Force writes in the introduction to the book, “Chromatic: The Crossroads of Color and Music,” an informal but highly informative study in color. Pieced together from a diverse group of contemporary musicians and artists (including Blue Man Group, Daft Punk, Damon Locks of the Eternals, Andy Gilmore, Holy Fuck, Sigur Rós, Sonny Kay, Rat Tat Tat, Rob Mazurek, NewVillager, the Deer Hunter, among others) Chromatic succeeds in documenting last decade’s use of color in contemporary music — be it through album packaging, cover artwork, elaborate live stage shows and even performance art.

“We put 'Chromatic' together expecting it to be a spiffy little book,” says Scott Morrow, Alarm’s music editor, who co-edited "Chromatic" with Force, “but as we got deeper into assembling it, we wanted to add more and more—bands photographed in their favorite colors, a chapter on the absence of color, a chapter on the concept of ‘audible color.’”

Was this the first book that you both envisioned as a book from the onset?

Force: Yes. Part of that had to do with the fact that we had recently "signed" our first real book distribution deal—so we were looking to make a project that book buyers could partially wrap their heads around. I had wanted to a do a really visual book, and this ended up falling into place.

Scott, Lindsey Eden Turner (our design director) and I had been kicking around lots of ideas. Scott has been really interested in doing something about synesthesia, and Lindsey and I being visual people, and really got into the idea and how we could present it in a book.

Morrow: We were discussing interesting ideas for books, and in browsing my iTunes collection, I thought about bands that name or theme their albums after one specific color. Of course, you have those really famous albums—the Beatles' White Album, Metallica's Black Album, Weezer's Blue Album, etc.—but outside of being a rather gimmicky sales tool, those didn't seek to capture the essence of a color. So that got me thinking about the boundary-pushing artists that are doing things like that, and then thinking about the many ways that color has been used to unite light and sound, whether it's album art, psychedelic light shows, attempting to paint a song and play a painting, etc.

I'm proudest, though, of the chapter that we have about musical synesthesia. Synesthesia is such a fascinating condition that affects people in so many ways, but "colored hearing" seems to be one of the more common varieties—and it reportedly has affected a number of very legendary composers and musicians—from Franz Liszt and Olivier Messiaen to György Ligeti and Duke Ellington. It's wild to think about what synesthetes are experiencing, and it's just as fascinating to think about someone creating an entire song that actually makes them "feel" blue.

How many submissions did you get vs. people you reached out to? And was it hard to sort through what made it in the book (and furthermore, what didn't make it into the book)?

Force: It's been crazy. We started by reaching out to people, but after the book started getting some publicity, and especially after the Kickstarter campaign, we received tons of pitches and submissions. The interest has been really amazing and unexpected.

Morrow: We reached out to most of the featured musicians and artists, but we got quite a few pitches, too. It's easy to fill up a color-themed book when you find amazing dual-threat artists such as Andy Gilmore, who makes the most insanely detailed, color-infused geometric patterns, and KILLL, a live-only Norwegian metal band that absolutely inundates the crowd with strobe effects that trick your eyes.

I learned a lot about design reading the book. Ultimately, do you feel "Chromatic" is about the creative process?

Force: Definitely. One of the things that musicians speak about now is how touring is increasingly important—live performances contribute more earnings and opportunity than recordings now. So for good, or bad, there is more pressure and competition around shows—painting your band's name on kick drum or Marshall stack doesn't always cut it. Independent musicians have a creative approach (often out of necessity) in how they play, record, and distribute their music—and that's a big part of why they’re so intriguing and inspiring.

Morrow: We love to support those who are doing new and wonderful things—those who are moving mediums forward. But we're also very aesthetically oriented people, so we have an extra appreciation for all of the time spent on expensive videos, elaborate stage decorations, etc. For as much as we all love music on its own merits, the aesthetics that surround it add so much more to the experience.

Did Lindsey Turner design the entire book cover to cover? Looking back, what were some of the biggest challenges completing "Chromatic"? How did you decide on dividing up the book into the chapters in the finished product?

Force: Lindsey did an amazing job of laying out the whole book. But she really assembled it in a way that both emphasizes the vibrant visuals and makes it easy to flip through and read pieces, here and there. We've worked together for a long time, and she really understands the complexities of publication design. In addition, she's fantastic at interpreting the often weird demands of writers and musicians.

Morrow: We began with a number of established chapters and, as I mentioned previously, we just kept adding more. In certain cases, however, we had to figure out the best places for bands that we knew really deserved to be in the book but didn't have a great home. Particularly with the visual artists, such as Sonny Kay and Andy Gilmore, we simply gave them their own space and didn't try to confine them to a chapter.

As for the vignettes, yes—we wanted to play to our strengths. With 15 years making magazines, our background has been in writing feature-length stories. We haven't published any scholastic journals, so making a start-to-finish type of book seemed a little unrealistic. Also, we felt that it really worked best for how we envisioned the book—a coffee-table conversation starter.

Ultimately, what do you hope the average reader takes away from "Chromatic"?

Morrow: That music really is a tactile, multi-sensory experience. It seems so obvious, but I think that we don't necessarily appreciate that all the time. We get something extra from seeing a musician perform or from watching a music video, but just the physical nature of sensing sound waves is amazing on its own.

Force: I also hope they realize that the book exists, which in itself is no small feat. Not only did the book get printed, but also so many different talented contributors donated their time and creativity to such a bizarre project on its face. When such amazing creative work is being produced, it should be celebrated and discussed—music and visual culture doesn't only apply to blockbuster movie soundtracks and stadium concerts. Everything starts underground.

**All images are from the book “Chromatic: The Crossroads of Color and Music,” courtesy of the authors.

See the Kickstarter video (funding for the project was approved in April, but the video is awesome!)