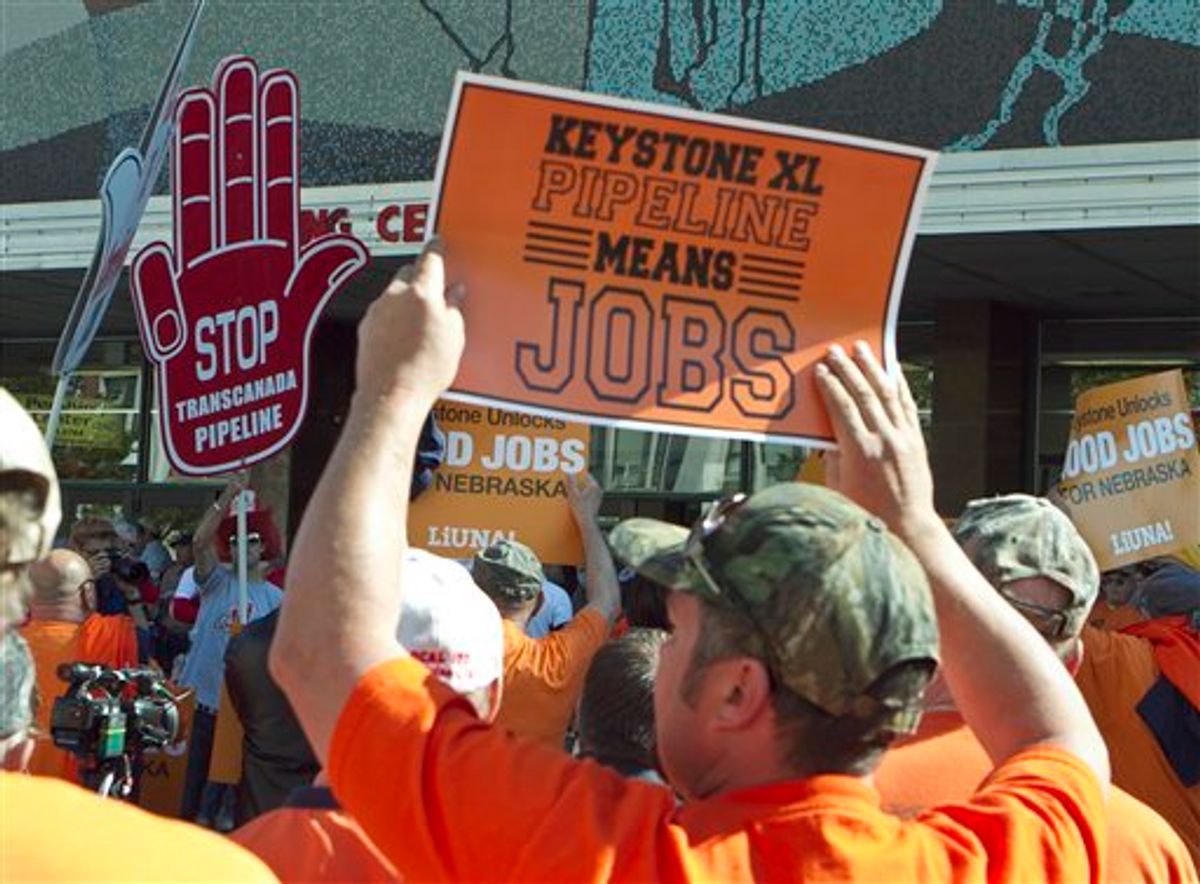 Demonstrators for and against the Keystone XL pipeline gather outside Pershing Auditorium near the state Capitol in Lincoln, Neb., Tuesday, Sept. 27, 2011. (AP/Nati Harnik)
--

The Republican governor's Monday decision means Nebraska doesn't intend to just leave the matter to the federal government, which is expected to decide whether to approve the $7 billion Keystone XL Pipeline project by year's end.

Pipeline opponents sought the special session to consider a proposal that would have given the state control over the pipe's route. Heineman acknowledges the proposal is likely to face a court challenge.

The 1,700-mile Keystone XL pipeline would travel Nebraska and five other states. Supporters say it could reduce U.S. dependence on Middle Eastern oil, while environmental groups say a spill could cause an ecological disaster.

From The Wires Keystone Xl Pipeline