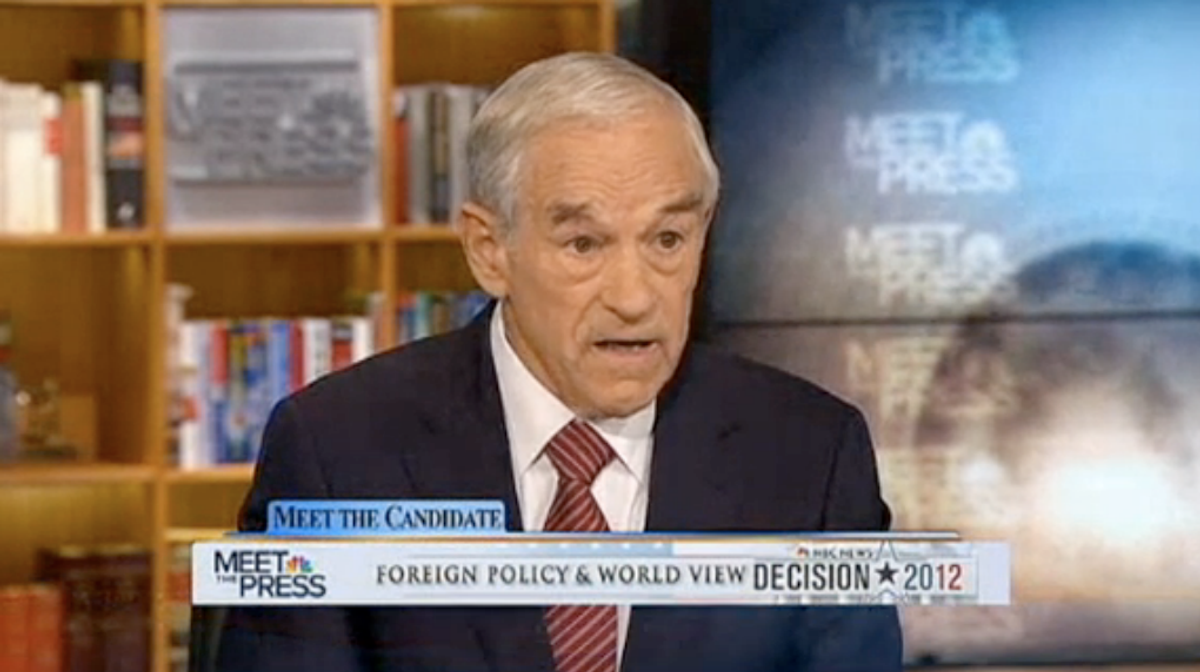 One of the major talking points in the days following Moammar Gadhafi's death in Libya has centered on Barack Obama's unexpected aptitude as Commander-in-Chief over the past two-and-a-half years. Even some Republicans, loathe though they are to give the president any credit, have deviated from their normal policy of rebuking the president for being weak and feckless. There are, however, exceptions.

Ron Paul lambasted the president yesterday, not for being too weak on matters of national security, but for being far, far too strong. After expressing skepticism toward the notion that the U.S. will actually withdraw from Iraq, Paul launched into an attack against the use of drone attacks on enemy targets:

There’s no authority in our constitution that we can just willy-nilly drop bombs on anybody that we want. We kill innocent people this way. Why do you think people hate us? Because, there’s so much collateral damage. You see, oh, this is a bad guy, we’ll drop a bomb on him and kill him. We might hit him. We might miss him. We might hit another car and then you kill ten other people.