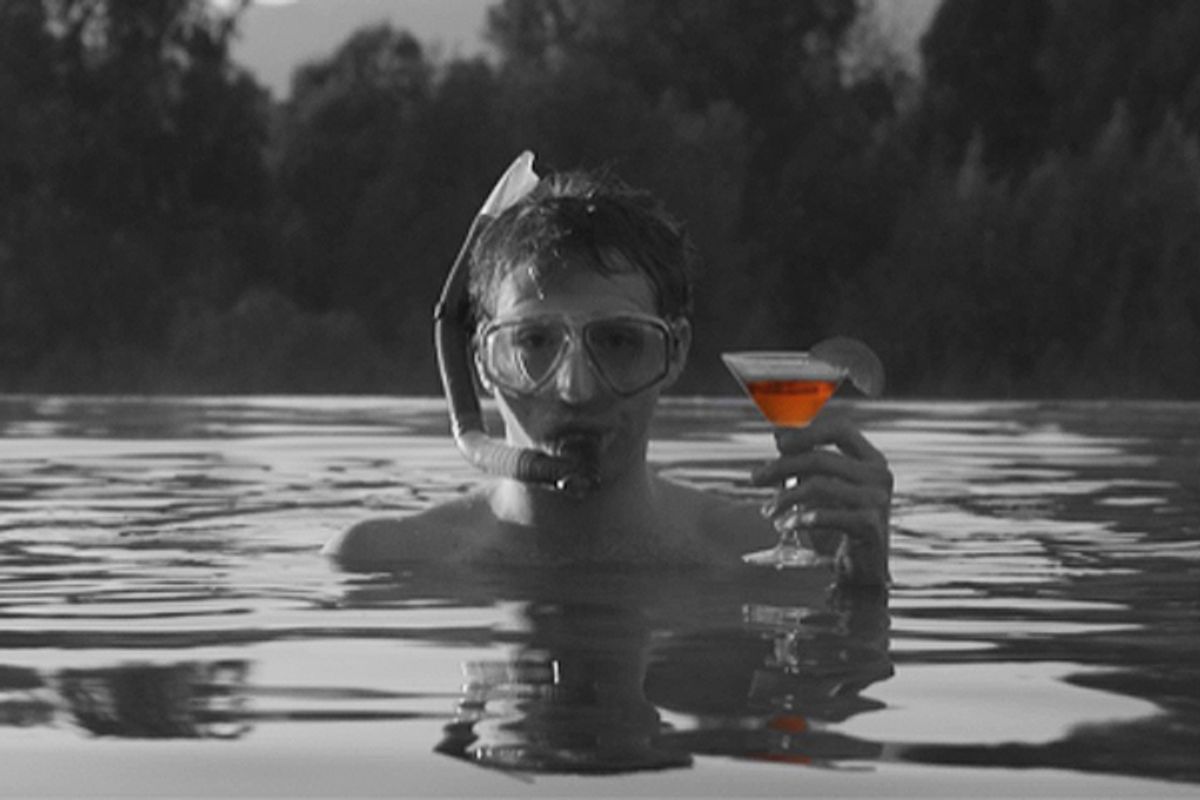 Maybe it's atonement for "The Avengers." On Sunday night, actors Nathan Fillion and Sean Maher, along with costume designer Shawna Trpcic, cryptically tweeted a link to a Web page featuring a photo of Fillion toting a martini glass, somewhere in the middle of a lake. The image announced the completion of a new movie from Joss Whedon, the genius whose "Buffy the Vampire Slayer," "Angel," "Dr. Horrible's Sing-Along Blog," "Firefly" and, to a lesser extent, "Dollhouse" are the very definition of awesome to nerds everywhere. According to the clues, the film stars a veritable who's who of Whedon alums. And it's "based on a play." A Shakespeare play. Oh God. Ohmigod. Then on Monday, Bellwether Pictures officially announced Whedon's "Much Ado About Nothing." That thud you heard was everybody in America with a liberal arts degree fainting dead in excitement.

It seemed so perfect, so beyond the dreams of every vampire-loving, space-cowboy wannabe and iambic-pentameter aficionado (and we are legion, people), that the whole thing struck many as an elaborate prank. Nathan Fillion as Dogberry? Really? It's not even our birthday! But after much checking of calendars to make sure this is not the first day of April, fans are slowly switching from guarded skepticism to slavering anticipation. It's real, all right. The filmmakers promise that the movie, a modern take on the original opposites attract rom-com, "should be completed by early spring and headed for the festival circuit" -- because "it is fancy."

The film is the first production from Bellwether, a "micro-studio" created by Whedon and Kai Cole for "small, independent narratives for all media." Whedon told Entertainment Weekly Monday that after wrapping up the A-list, Marvel blockbuster-to-be "The Avengers," he and his wife had planned a nice long vacation. "And she said, 'Let's not take the vacation. Make a movie instead." For the guy who whipped up the Emmy-winning "Dr. Horrible" as a distraction during the writer's strike, sure, why not?

Shot in just 12 days, "Much Ado" appears to be the greatest Whedon cast reunion ever. Amy Acker is the tart-tongued Beatrice, while Alexis Denisof plays her so-wrong-he's-right sparring partner Benedick. It's the Fred and Wesley payoff "Angel" fans have been waiting years for. "Dollhouse" vets Fran Kranz and Reed Diamond are the easily duped Claudio and the wise Don Pedro. "Firefly's" Sean Maher is the scheming Don John, and even Tom Lenk ("Buffy's" sweetest bad guy ever) is on board. Newcomer Jillian Morgese plays the beautiful, besmirched Hero.

The idea of Whedon -- a guy very comfortable in the milieu of superheroes and butt-kicking -- taking on the Bard might initially seem a little ... unexpected. But Whedon has brilliantly articulated his regard for "strong women" throughout his career. And they don't come much stronger than Beatrice, a woman who, unlike Shakespeare's famous shrew Kate, never gets emotionally abused into submission. The big themes of Shakespeare – family, sex, betrayal, violence and clever wordplay – they are all over Whedon's body of work. As he told the Hollywood Reporter, "The text is to me a deconstruction of the idea of love, which is ironic, since the entire production is a love letter -- to the text, to the cast, even to the house it's shot in." Whedon filmed the entire production on his own grounds.

The glory of Shakespeare – and the glory of Whedon – is the depth of passion so beautifully evident in their work, a devotion that's both touching and deeply inspiring. Whedon, surely the hardest working God among the Comic-Con crowd, told EW that "You make the time and you make it work if you really, really want it." Desire. Perseverance. Ultimate triumph. Who doesn't love a story with a happy ending?