And tear down protesters' tent city 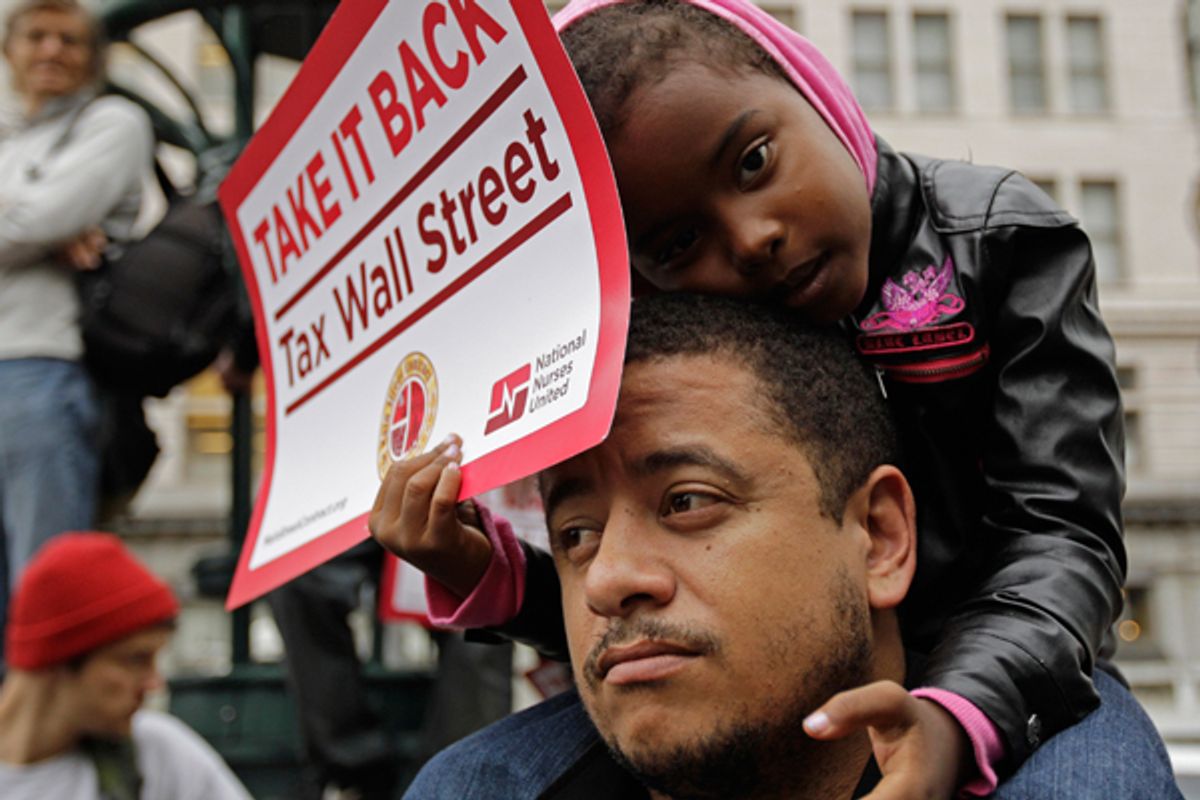 Kamayah Riley, 5, rests atop her father Manuel Riley's shoulders as he they participate in an Occupy Oakland rally. (AP/Ben Margot)
--

More than 90 people have been reported arrested at the encampment of Occupy Oakland following an early-morning police raid in which heavy equipment -- including riot gear, flash-bang grenades, and, possibly, tear gas -- was used.

The 200 police officers involved also reportedly tore down the tent city near Oakland City Hall where a few hundred protesters had been living.

From the San Francisco Chronicle:

The police action there began at 4:45 a.m. and involved hundreds of officers from at least 10 law enforcement agencies, including the California Highway Patrol, the Alameda County sheriff's office and various East Bay police departments. Squads of officers had assembled at the Oakland Coliseum before traveling downtown in convoys.

At 4:50 a.m., some loud bangs were heard after officers lobbed "flash-bang" grenades, and smoke rose into the air. After a protester apparently released a smoke bomb, officers began putting on gas masks. A police helicopter flew overhead with its spotlight on.

As police made arrests, BART trains did not stop at the 12th Street City Center Station. The station reopened at about 6:30 a.m., but only the 11th Street entrance and exit is accessible.

Details are still sketchy on what exactly happened. There are unconfirmed reports that tear gas was used. The Oakland Tribune quotes an unnamed police officer saying protesters threw items including kitchen utensils at the cops. The paper also has a photo gallery of the raid that is worth checking out.

I will update this post as more information becomes available.

UPDATE: Open Salon contributor Kevin Army has an interesting first-person account of the raid, including photos and video.

UPDATE II: Here are some more amazing photos from the raid. And the Oakland police chief has now confirmed that tear gas -- as well as beanbag rounds -- were used during the raid, according to the AP.